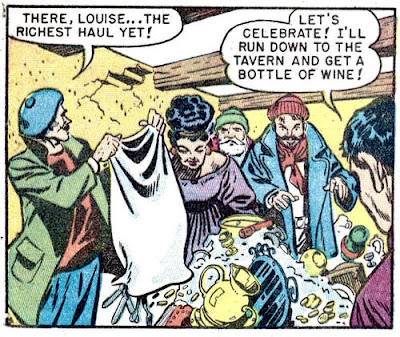 Eugène François Vidocq (sometimes shown as François Eugène Vidocq), born 1775, was a self-reformed criminal (supposedly) who founded the French Sûreté Nationale. Later he founded the first private detective agency, which was at odds with the police agency he had founded. He even ended up arrested and in jail a few times.

He was a colorful historical character, made more colorful by writing a book about himself where he could shape the narrative to make himself sound braver, smarter, and more courageous. This colorful comic book biography from Hillman Periodical’s Crime Detective #3 (1948) follows the lead of Vidocq’s autobiography, and tells a tale of Vidocq in disguise, which I believe may or may not have happened. It is a crime comic, entertainment after all, and longtime readers might remember this blog’s admonition that the word “true” in a crime comic is a floating concept, with much fiction mixed in with the bare bones of the truth.

The artwork is credited to Mort Lawrence, who went on to draw more crime stories for Wanted, another “true” crime comic. 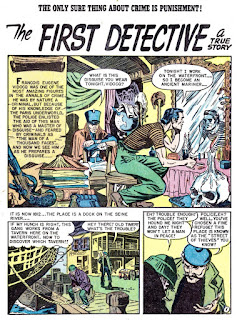 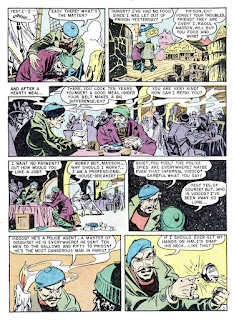 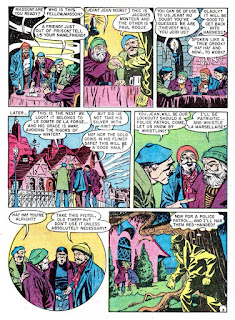 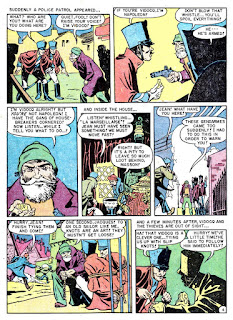 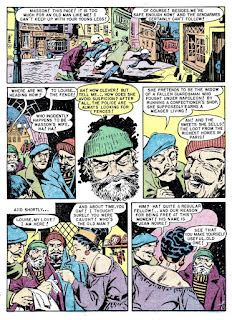 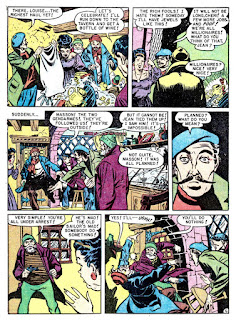 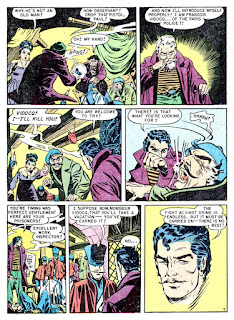 One problem a lot of TRUE damn it TRUE I TELL YOU stories have is that there's a lot of plotting by the criminals, and guys talking about a table isn't the best use of comic panels. But the artist is good, has that cartoon-y realistic look and knows how to pose folks, and handles the fighting scenes well.

This is a very low stakes operation, there literally isn't a panel where our hero seems to be in any kind of trouble!