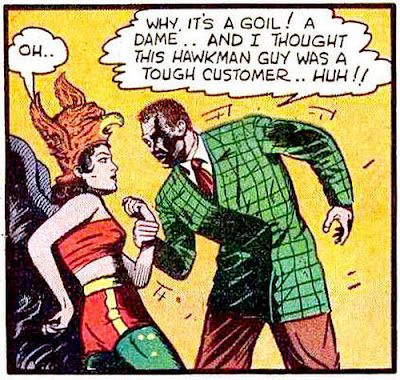 I have heard that crooks aren’t very intelligent, and this gang proves it by not observing that the Hawkman is actually a woman. They catch on eventually, so maybe they just had to get a little bit closer.

This story is Hawkgirl’s (or “Hawkwoman’s”), introduction. Hawkman loans his girlfriend, Shiera, a costume for a masquerade ball, and she is mistaken for him.

In 1972 it was reprinted in one of DC’s 100-page special squareback issues. I still have the copy I bought off the comic book racks in 1972. Here is a scan of the front cover, by Neal Adams. I did not scan the Hawkman/Hawkgirl story from this magazine, but from scans I found on the Internet. I'm not popping the staples on my copy to get scans! 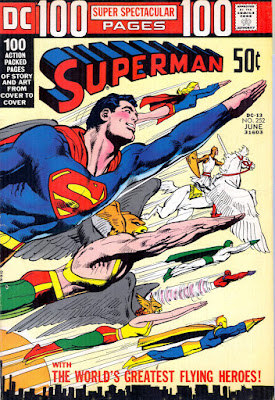 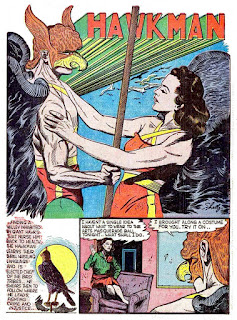 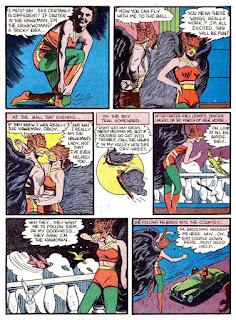 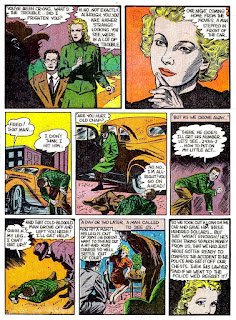 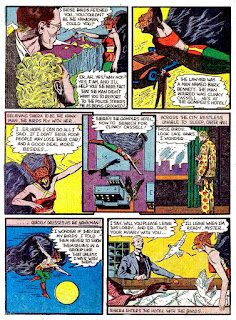 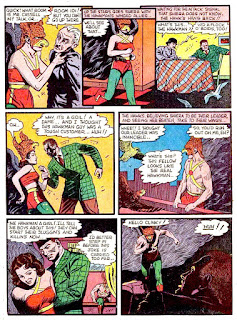 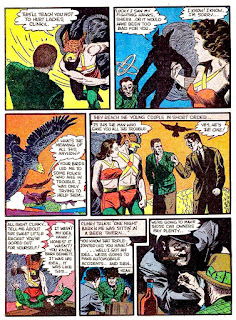 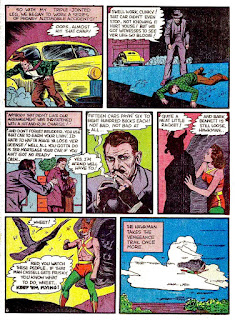 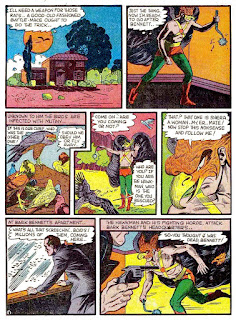 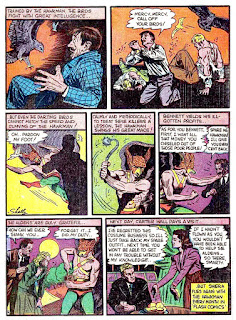 Another Hawkman story by Shelly, which includes an internal link to yet a second Hawkman story. Just click on the thumbnail. 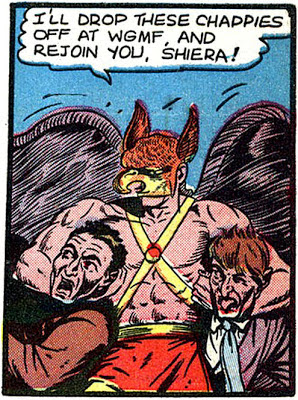 I love those Shelly Moldoff Alex Raymond swipes. So different to how his artwork eventually eveolved

Despite Shiera's rather inauspicious beginnings in FLASH #24, she must have quickly persuaded Hawkman to give her some training in flying and fighting, since GCD starts billing her as "Hawkgirl" rather than "Shiera Sanders" in the next couple of issues. I've never read any later Hawkman-Hawkgirl adventures except for the one or two DC reprinted, so I'd be curious as to how she got going as a full-time sidekick.

Neil, Shelly wasn't the only one. Many a famous comic book artist had swipe files. Some of them were better at integrating Raymond or Foster into their finished product.

I've mentioned before that when I joined organized comic book fandom in 1961 or so, Shelly was considered one of the best artists of the era...it later came out that his work included swipes. The funny thing was that while the fans of 1961 were complaining about the "stiff" artwork of the Batman comic books, it wasn't generally known that the artist was the same Shelly Moldoff, ghosting for Bob Kane. (And yes, those Batman strips of his also contained swipes.)

Gene, I'd also like to see more Hawkman stories, and the evolution of Hawkgirl. I haven't seen the DC Archive edition for the Golden Age character.

Swipes are fascinating when you know who swiped what from where, and which artists were slaves to the swipes. One time, I saw Jackson Guice in Flash #1 swipe a very clumsily drawn Lou Fine of the Flash running and leaping at the same time. I ever saw Neal Adams once swipe a Hogarth pose very well. Just fun, fun, fun. as long as it isn't Rob Lifeld stealing George Perez. Swipes are very legitimate with concerns about deadlines and time.

For the record: Always loved that Adams 100ppSS cover.

I've read DC's one Golden Age Archives, but it doesn't get into the Hawkgirl period.