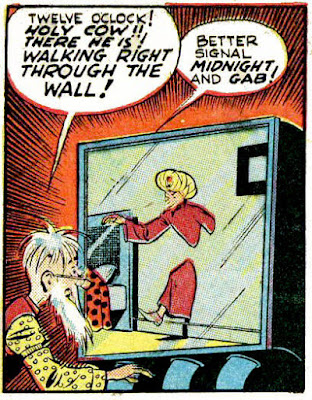 Jack Cole created the Spirit lookalike, Midnight, in late 1940 for Smash Comics at the behest of publisher Everett “Busy” Arnold. According to the story told, Arnold was worried that if Spirit creator (and copyright owner) Will Eisner went to war and — I don’t even like to think about it — was killed, then Arnold would have a back-up character. (As a publisher, Arnold was as interesting as the talent he had working for him.) Midnight was not the same as the Spirit, though...he was Dave Clark, a radio guy, who put on his fedora and mask and fought crime, but at least he didn’t live in a cemetery and pretend his alter-ego was deceased. Well, I am sure we are glad all over that Dave Clark became a masked crime fighter.

Because he was created by Cole, during Cole’s time on the strip he did what he could do very well, and that was to infuse humor as well as excitement into each panel. Midnight might have been based on another character, but there was really no one who was like Jack Cole.

Midnight had a support group, which included Doc Wackey and Gabby, a talking monkey. 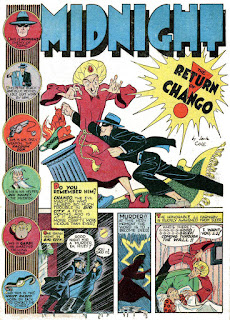 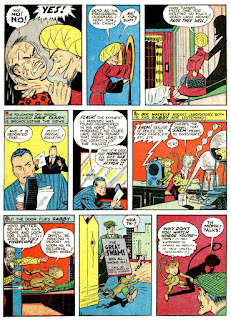 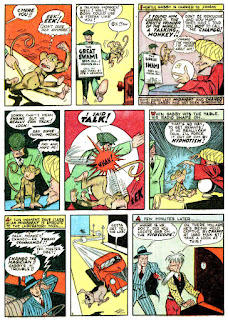 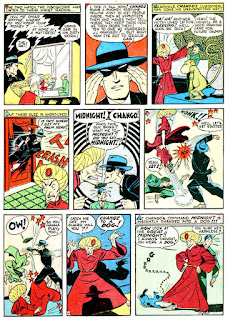 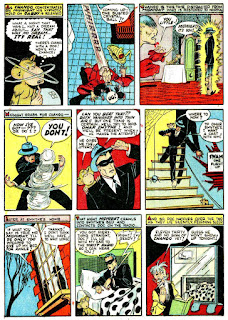 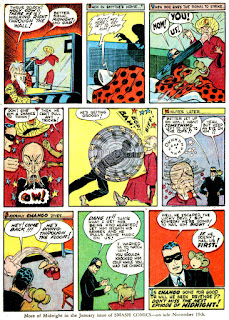 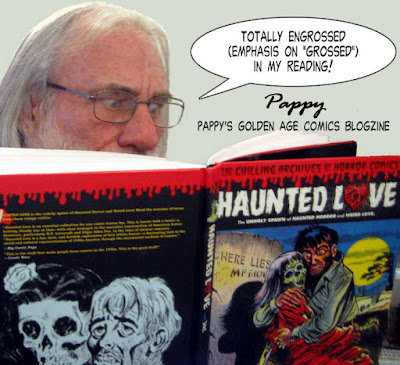 I was so delighted after reading Haunted Love, I put this self-produced plug for the book on the Haunted Horrors Facebook page.

I think what Steve “Karswell” Banes has done is terrific, finding  horror stories with love subplots. Anyone who follows Karswell’s blog, The Horrors of It All will recognize the special care with which Steve has picked the stories. Every one of them is a gem, and if any gems can be found in the pestilential, putrid swamp of pre-Code horror comics, Steve will find them.

So, highly recommended. As with all of the books in Yoebooks’ series, The Chilling Archives of Horror Comics!™, the book is made for permanence in any fan’s library. Haunted Love is available through all of the regular sources.

That's a ton of fun! Obviously great, cartoon-ish art, the story is brisk (and way too convenient but that can be forgiven) and the characters are memorable.

Let me second every book that Steve (w/Yoe) puts out; all lovingly picked and printed in big, beautiful hard cover books. Real gems I'm proud to have on my shelf along with all my other horror archive collections!

Can't help but notice that Midnight wears no socks in the splash panel -- which, according to Jules Feiffer in "The Great Comic Book Heroes", was a quirk of the Spirit as well. Coincidence? Was going sockless a thing at the time?

Donald, I think it was perhaps more a quirk of the colorist.

I do remember the times when my father used to get after my mother if she hadn't darned his socks. That meant repair the holes. Really. Who would do that nowadays? Nobody. Mom was ahead of her time. She wouldn't do it, either.

Brian, thanks for seconding my opinion on the Chilling Archives. Since you are agreeing with me you are obviously a man of discernment and culture, and a damn fine fellow.