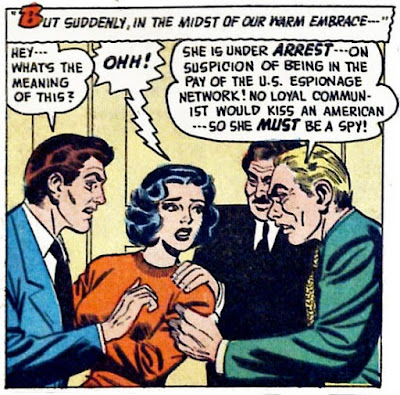 Here in the U.S. in early 2017 we have been hearing a lot about Russia. It takes me back to my youth, when communists were bogeymen. Russia is no longer officially a communist country, but its current leader came from that system. In 1952, when “Behind the Romantic Curtain” was published in ACG’s Lovelorn #23, the leader was Stalin, if only for his body count, as bad a leader as you can get. The events described in this comic book story are naïve. The narrator, a man (rare in love comics) is a love 'em and leave 'em type, who goes through girls like a rock star. The poor unnamed Russian girl he is in the process of seducing is suddenly arrested because, as the policeman says, “No loyal communist would kiss an American — so she must be a spy!” Our “hero” is not so gallant. He shuts up as the poor girl is hauled off to the Lubyanka Prison and an eventual 25 years in the Gulag. The newspaperman vows not to try out his wiles on anyone else...until that night when he meets his new handler, Tanya.

I won’t belabor the point, except to say good luck to anyone who would have tried to blackmail the Soviets in those days. SPOILER ALERT! He wouldn’t be walking away with the girl and back to America, as he is in this tale. Like the first girl, he and Tanya would find themselves in Siberia with prison sentences of hard labor. That is, if either he or Tanya didn’t each end up with a bullet in the brain.

There are no guesses in the Grand Comics Database as to writer or artist(s). 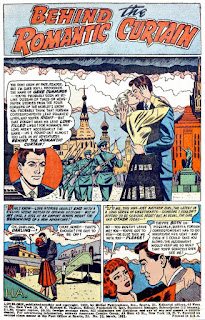 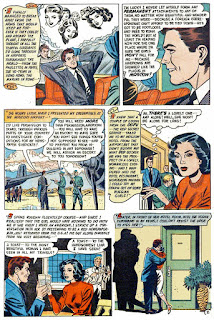 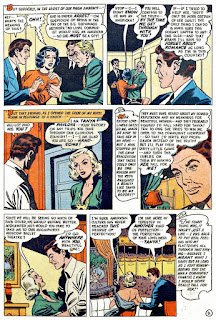 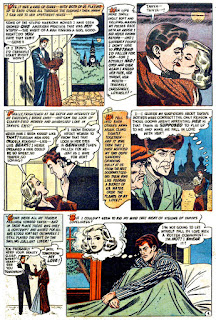 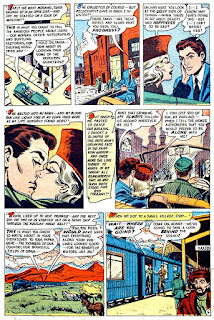 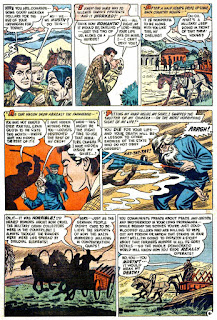 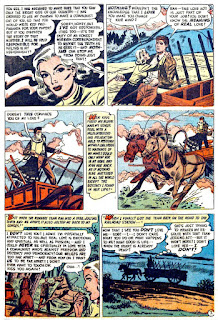 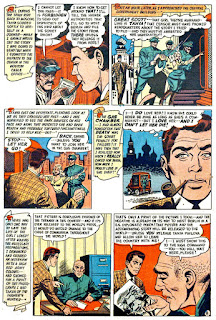 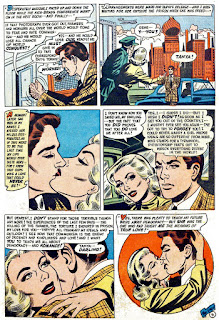 Ugh! Stuff from ACG was often … unanchored, but this story is just appalling!

Stalin's body count was exceeded by that of Mao; and, in terms of share-of-population, Pol Pot did worse than either. Of course, the Nixon and Ford Administrations embraced Mao as the ostensibly legitimate head of the Chinese state; and the Carter and Reagan Administrations insisted that the Khmers Rouges, rather than the regime established in Cambodia by the Viet-Namese state, were the rightful rulers of Cambodia. Politics make for interesting ████-buddies.