Lee Falk created Mandrake the Magician in 1934, which makes Mandrake about 83 years old. He is still wearing evening clothes and a top hat. Tradition is important to Mandrake.

My introduction to the character was with this 1957 newspaper continuity, called “The Penthouse Mystery” in the index of Mandrake dailies and Sundays.* Mom and Dad began a subscription to the Seattle Post-Intelligencer newspaper, owned by Hearst, which also owned the King Features Syndicate. I was 10 years old, besotted by comics and in those days non-discriminating. I bought into the mystery of the flying carpet and flying horse.

In 1966, when King Features started their own short-lived comic book line, I bought Mandrake the Magician #1, and recognized the story as a redo of my introduction to Mandrake. They made it more comic bookish; even giving the unnamed thief of the 1957 strip a name, the Toymaker, but the story is essentially the same.

The newspaper strip is credited to Falk, and artist Phil Davis, assisted by his wife, Martha Davis. The comic book version is credited by the Grand Comics Database to Dick Wood for the script, and for the art Werner Roth, inked by André LeBlanc. Don Heck and Mike Peppe are credited for the cover. 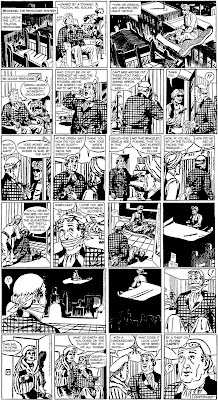 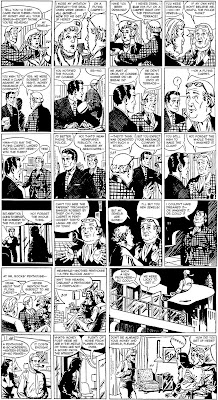 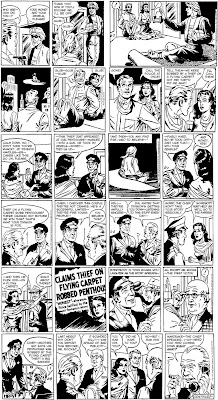 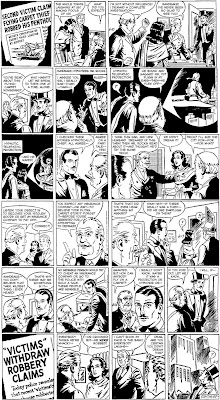 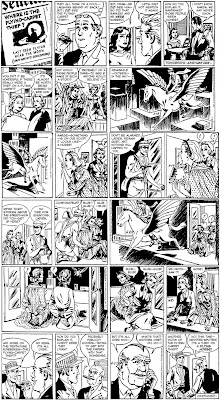 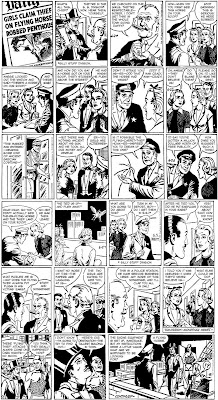 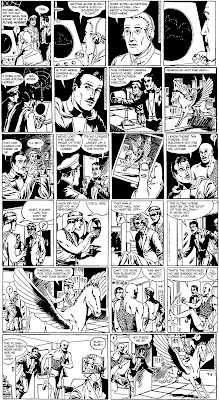 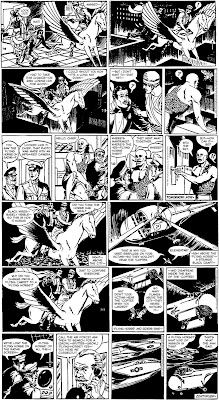 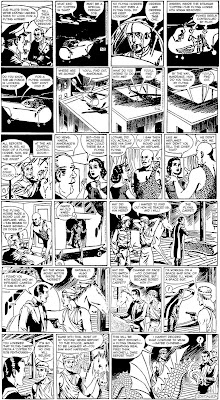 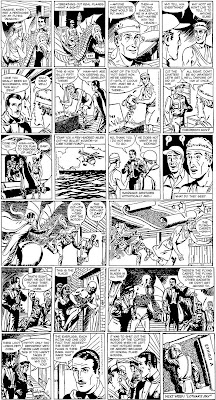 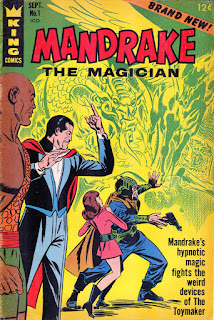 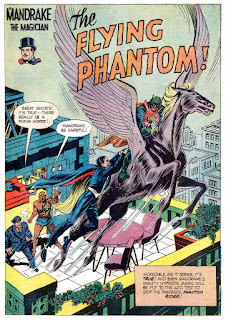 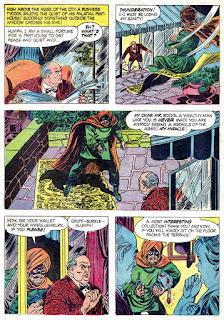 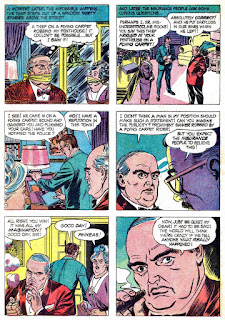 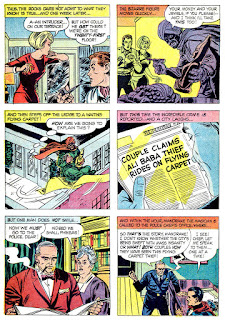 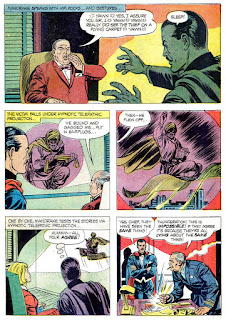 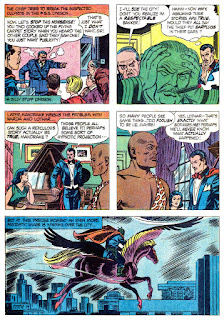 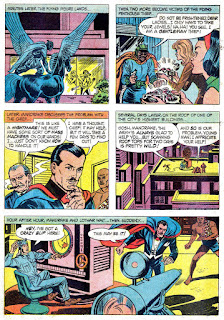 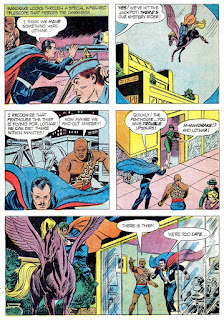 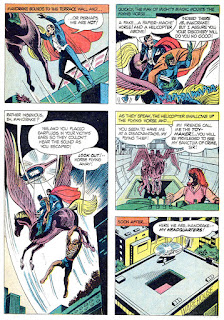 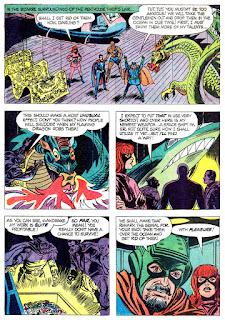 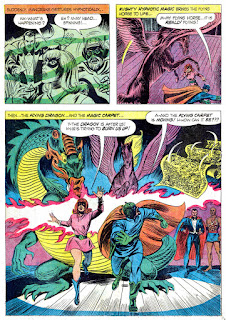 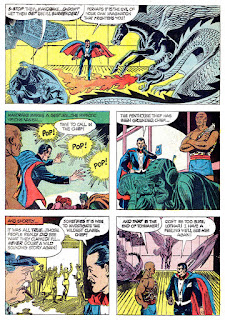 The nature of hypnosis was reïmagined in various way over time. In reality, it seems to be little more than tapping in to the propensity of some people to rôle-play, but the conjectures about it have been, well, fantastic, with Poe's “The Facts in the Case of M. Valdemar” involving perhaps the most remarkable notion.

The writers of Mandrake seemed to want to have things all ways. Sometimes his hypnosis is simply an ability to affect belief; sometimes it provides an enhanced perception of reality; sometimes it apparently actually reshapes reality beyond what we take as the ordinary ability of belief. Some of the other comic-strip and comic-book magicians offer the same confusion. Frankly, I've more respect for stories that stake-out some consistent claim, whether it be for the character merely to have powers of deception or for him or for her to be truly magical.

Whatever Mandrake's powers may be, in most or all of his stories he's dealing with opponents who don't have a countervailing ability and don't have enough sense to avoid being in his proximity. So he “gestures hypnotically”, and the villain is overwhelmed by the apparent behavior of the environment.

I do appreciate getting to see the two different versions of this story. It's interesting to consider the reasons for the changes. The comic-book story needed to be fitted to an integral number of pages, rather than to an integral number of strips. Comic-book readers would not want to be informed or reminded of what had happened in any previous panel, as they had looked at it just seconds earlier. Splash panels had become de rigueur in comic books, and simple grid layouts were no longer acceptable. (You have followers of this 'blog who are aggrieved by simple layouts!) As you note, by convention comic-book villains needed super-villain names. They also need super-villain costumes; and their hencemen or hence-women needed costumes as well, or at least uniforms. Adult pairings were more likely to be between members of the opposite sexes. (And there weren't many villainous pairings of adults with children.) Black characters were depicted less often as ineffectual buffoons in the mid-'60s than they had been.

Daniel, I'm not sure Lee Falk had a consistent view of Mandrake's hypnotic powers. At times Mandrake does seem to be altering someone's consciousness with a wave of his hand (good trick there!) and other times he seems to be actually achieving magic.

Harvey Kurtzman's Mad comics version, "Manduck the Magician" is a very sharp satire. In the splash panel Manduck is changing an octopus squeezing him into a beautiful girl...knowing that he was still being squeezed by the octopus. (Well, maybe you had to be there.)

I agree that the Mad Comics satire of Mandrake was well executed. I thought the conclusion outstanding.

Daniel, just thinking about Manduck makes me laugh. Around our house my wife (an avocational French chef)might ask what I want for dinner. I may reply, "I would like some old, cruddy dried out halavah." (Another "I guess you had to be there" moment from my domestic life.) Anyway, the final panel with Manduck eating out of a feedbag is very funny; I do eat oatmeal for breakfast. And that is after fighting it in my boyhood when my dad was a salesman for the Quaker Oats Company and we had enough oats in our house to feed a stable of horse.

For those who may not have seen "Manduck the Magician" and are curious, Jeff Overturf shows it here.