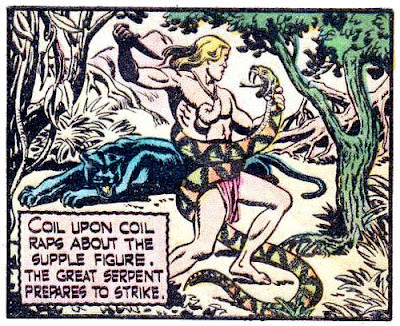 Wild Boy, created for the short-lived comics line published by Ziff Davis, appears to be something we have seen before: white kid lost in jungle, becomes a grownup bestowed with a royal title (in this case, "prince of the jungle"). Wild Boy, whose name is David, was almost the victim of a murder plot by his uncle. Uncle was looking for an inheritance, and planned to have David killed by henchmen. Although the bad uncle is not mentioned again in Wild Boy #10 (actually #1) (1950), since David was lost in the midst of Africa, Uncle probably went home and made a claim presuming David to be dead. He scored anyway, without committing murder.

Ziff Davis sold Wild Boy, along with some of its other titles, to St. John in 1953, when ZD mostly quit the comic book business. The artwork is credited by the GCD to Paul Hodge, who certainly put a lot into it. Every panel is jam-packed. The painted cover is by Norman Saunders.

There is a boy character who is called a “native,” although he looks white to me. In subsequent stories Keeto, his name, is represented with brown skin but straight hair, looking more East Indian to me than African. 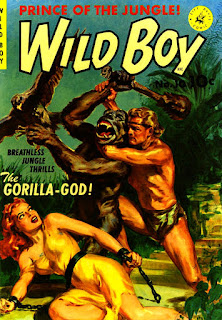 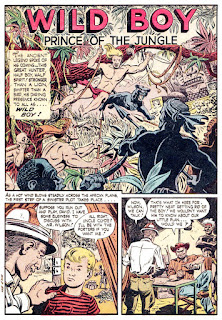 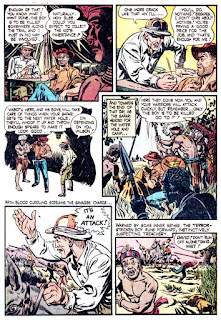 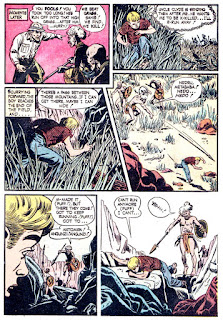 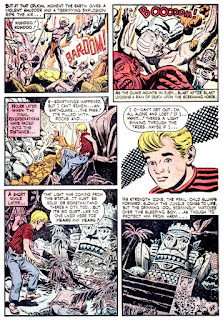 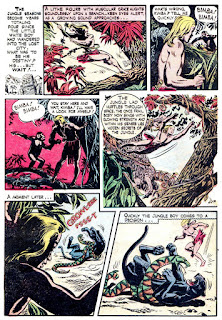 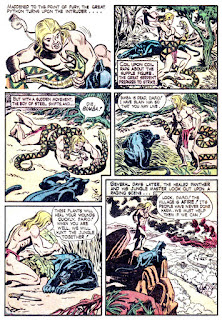 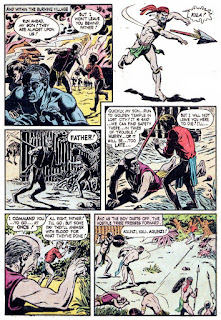 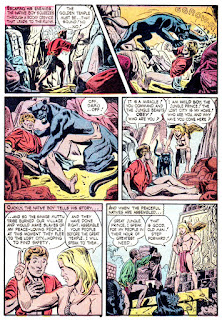 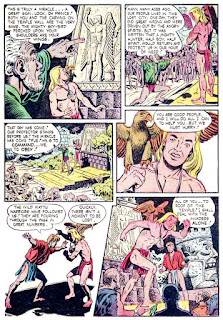 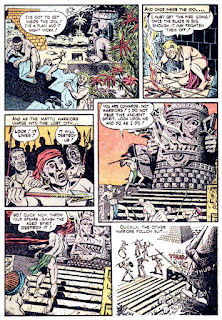 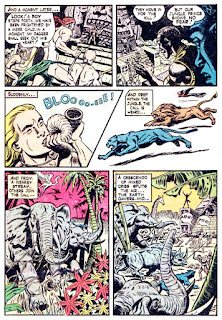 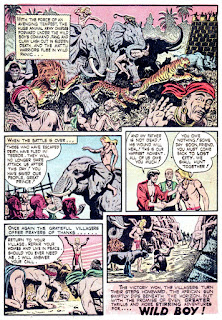 Come back Sunday for a Mandrake the Magician daily continuity and a comic book version of the same story.
Posted by Pappy at 12:01 AM