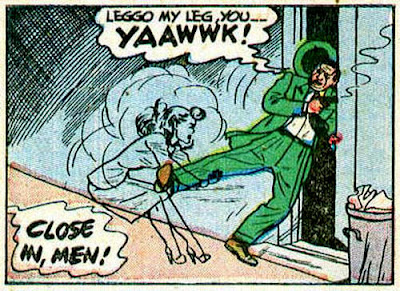 There are claims that Scarlet O'Neil, by achieving the powers of invisibility — from a ray invented by her scientist father, and controlled by pressing a nerve in her left wrist — is the first super heroine in comics. She made her debut in daily newspapers June 3, 1940, created by Russell Stamm, who had been an assistant to Chester Gould (Dick Tracy). The comic strip lasted until 1955, although Scarlet stopped using her invisiblity trick in 1950.

She had a career in comic books, appearing in Famous Funnies, and in four separate issues from Harvey Comics. I am showing #3 (1951), the last of her short-lived series. (She also appeared in a Harvey Comics Hits one-shot packaged as Tales of the Invisible.)

Here is a tip for you young folks. Live long enough and you too can achieve invisibility. Or at least a form of it. The older we get the less visible we become. It works for me. Store clerks, beautiful girls, teenagers...they all look right through me as if I am not there. Don’t feel sorry for me. It can be handy to watch the world go by without being noticed. Someday you may feel my hot breath on the back of your neck and whirl about. “That’s funny,” I will hear you say. “I thought there was someone behind me, but I don’t see anyone.” 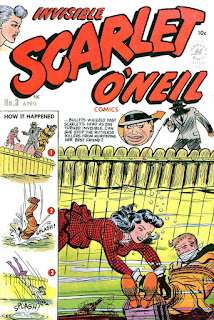 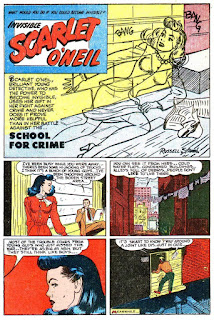 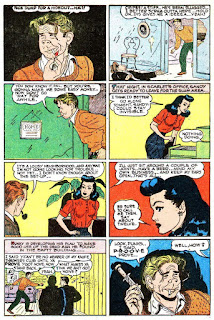 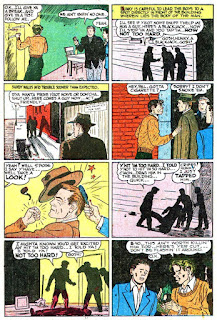 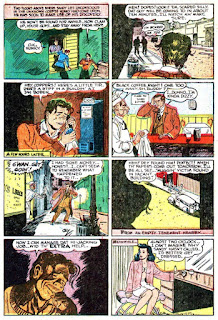 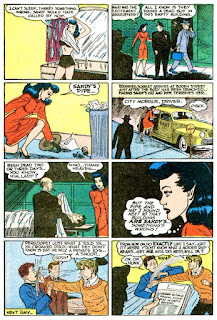 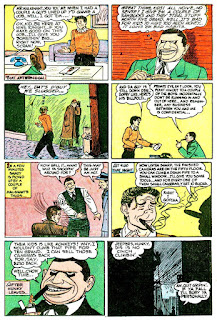 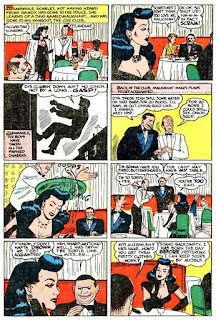 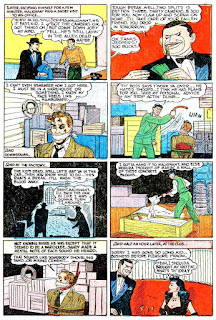 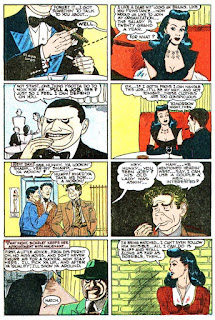 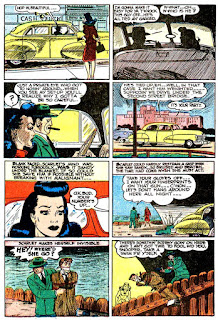 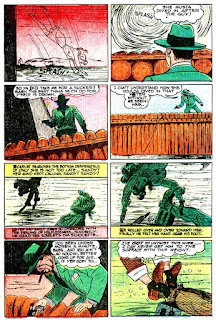 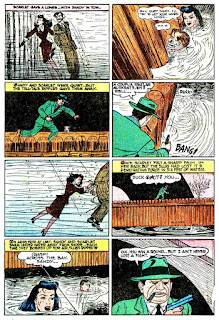 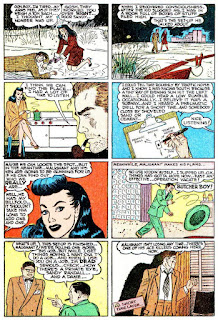 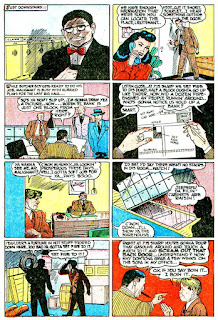 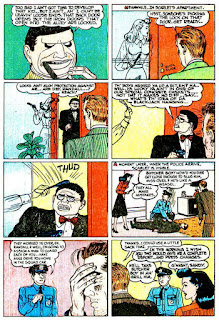 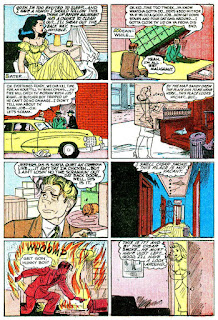 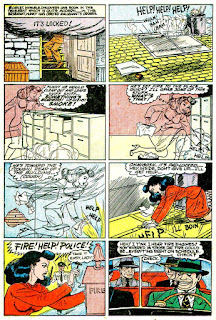 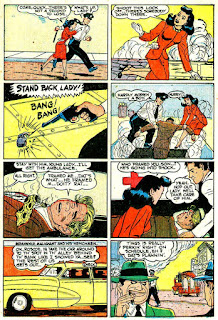 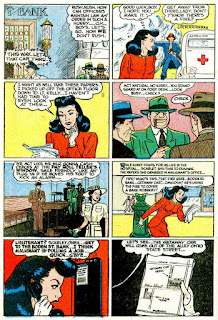 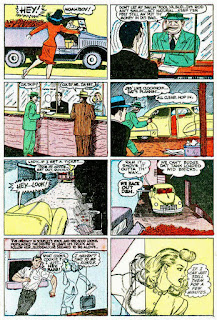 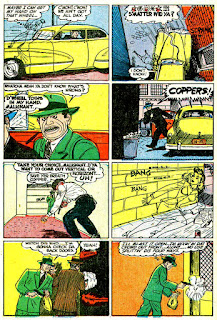 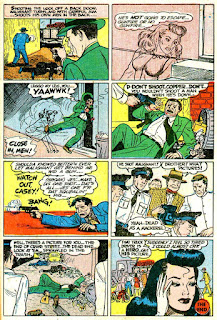 Fantomah predates Scarlet O'Neil; and, if we stretch our references, then we may include Olga Messmer, who first appeared in the issue of Spicy Mystery for August 1937, as a superpowered heroine of the comics.

In any case, Scarlet O'Neil seems like a pretty good heroine. She's brave and resourceful, and doesn't seem to be enamored of a fool.

Daniel, despite the demonstrable history, Olga Messmer is pretty obscure. Perhaps those making the claim for Scarlet O'Neill mean a character with mass circulation, such as a newspaper comic strip, or mainstream comic book.

So, this is the real Invisible Girl, 20 years before the "Man" invented F.F..
Nice story, nice hard-boiled dialogues and effective art, almost in the vein of Chester Gould's Dick Tracy (the villains).

I think Daniel is right, the guy is not a two-dimensional, stereotypical idiot and the plot is intelligent, though a little elaborate.
I think Fantomah is more a sort of embodiment of Nemesis, rather than a regular superheroine (even Scarlet is not an average Sue Storm, anyway).

Thanks for the tip, Pappy, but as for me, I get more looks from people in the street now that I'm 49, than I had when I was 20 y.o.
Or at least, this is the feeling I have. Weird.
Wonder why. Makes me want to check if my fly is down.

I feel invisible quite often.

About the only time I am seen now is when I am with Mrs Pappy. People always look at her. Their eyes drift over and they realize I am with her...usually when I pull out my credit card to pay for her purchases.

OMG unvizability is sure a huge waist of fashion :( Ur vizable 2 us Pappy we luv u xoxoxoxo

Alicia, nah, If I was in the room with you I would not be seen. I promise I won't use my invisible-to-young-women power for anything bad. I'll just stand back and admire you.