Number 1287: “...and featuring editor Richard E. Hughes, appearing as himself.” 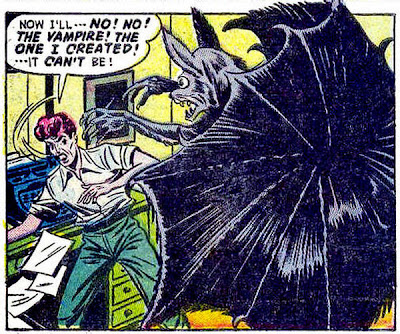 Everybody have a nice holiday? I did, but I'm back on the job today.

Today I have a wild story from Forbidden Worlds #6 (1952), which is self-referential. It's about a writer creating a story for the magazine Forbidden Worlds (which, in the story has its own building — see page 4, panel 4.) It also features editor Richard E. Hughes in a co-starring role. Editor Hughes insinuated himself into his supernatural comics through chatty editorials and letter columns, but “The Devil's Typewriter” is the only time I know of that he was shown as a character in a story. 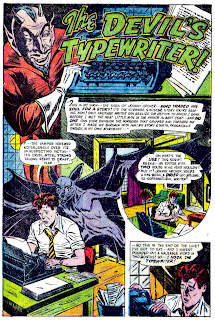 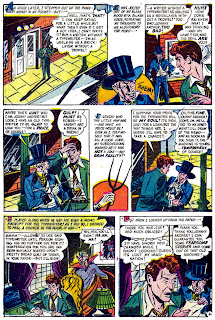 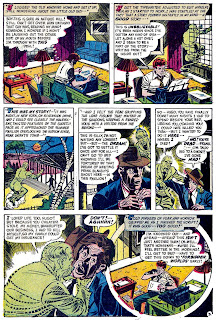 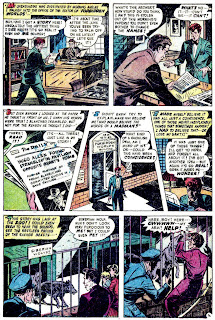 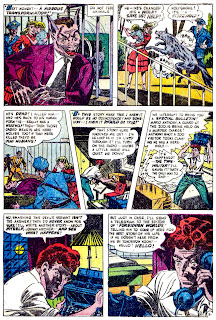 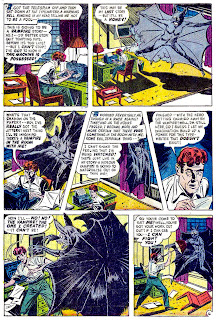 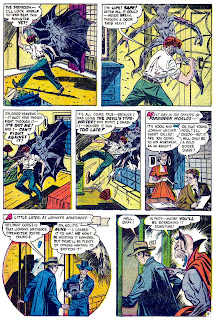 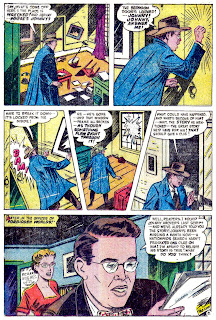 The vampire might kill me, but I'm going down laughing at his googly-eyes!

I like how Hughes had a sexy secretary drawn in for himself. Wishful thinking?

Brian, if Hughes ordered the artist to give him a sexy secretary, then the artist got back at him with his pictures of Hughes, who looks...well...like you'd imagine a comic book editor would look.

I read another story with editor Hughes in it that I was able to put on my blog at
http://bennypdrinnon.blogspot.com/2014/02/youll-sleep-as-if-you-were-dead.html . This story also shows him with a blonde secretary. - Benny Drinnon