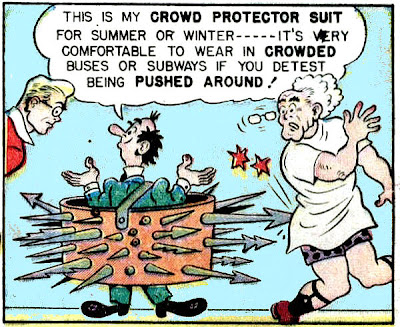 Boody Rogers' bizarre sense of humor is given full rein in this story featuring a wacky inventor and his screwball inventions.

I have featured Sparky Watts several times in this blog, including a two-parter from Sparky Watts #1 (1942), which is a compilation of the newspaper strips. You can find part one of the 39-page story — at one point featuring Sparky in bed with Hitler! — at Pappy's #899, and part two can be found at Pappy's #900. The latest story I have shown was over a year ago (incredible how time has gotten away from me), which you can read at Pappy's #1053. 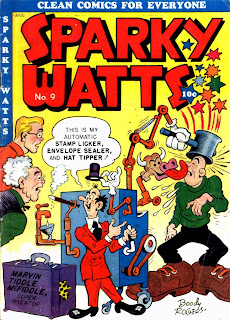 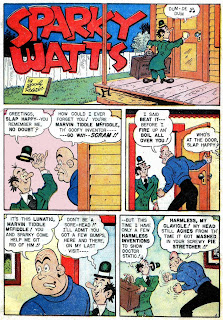 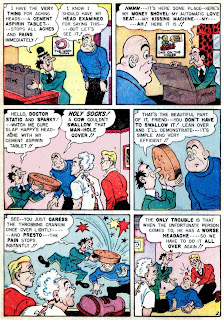 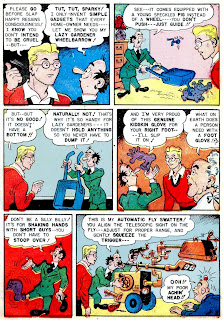 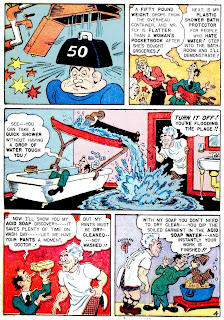 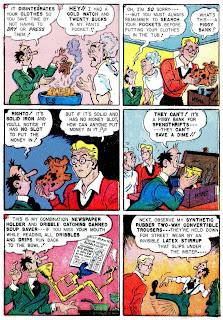 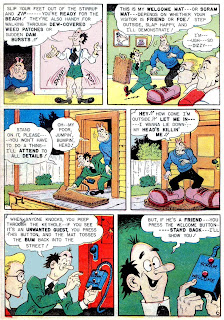 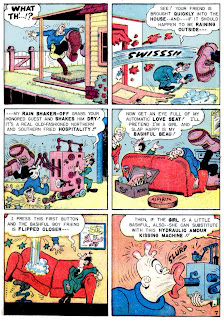 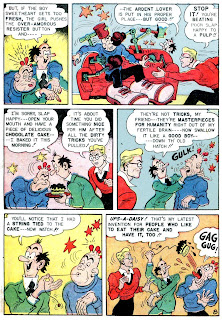 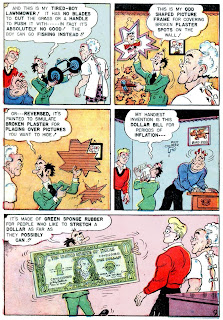 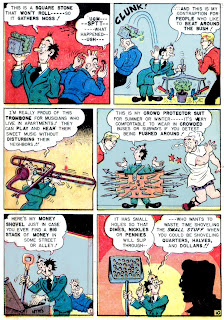 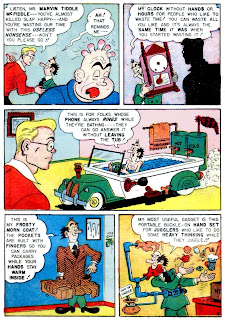 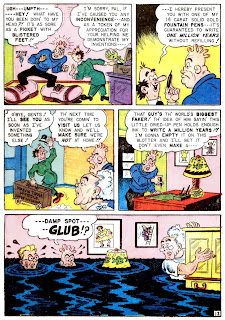 Yay we luv Sparky & we luv u Pappy♥

Aw, gee, Alicia, thanks... —Pappy said, looking down, abashed, his big toe digging into the sand—