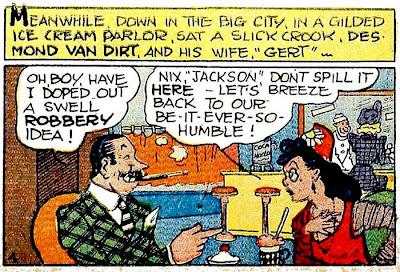 Ed Wheelan is one of the old-time cartoonists who had a career before entering the comic book field in the Thirties and Forties. Wheelan had a successful daily comic strip, Minute Movies, for several years. He came into comic books with the same bigfoot style he had used years before, even though it was old-fashioned. It evoked another era. That is the charm for me.

These two stories are from Harvey Comics' All-New Comics #'s 3 and 4 (1943). At the time Wheelan was also providing funny filler stories for DC's Flash Comics, and later when Max Gaines was bought out by DC and then founded EC Comics, Wheelan had a home there, also.** 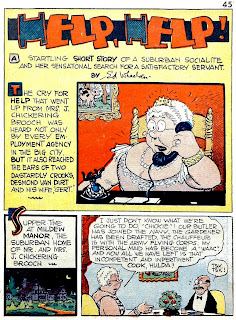 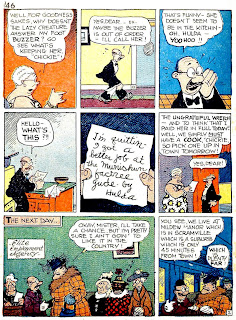 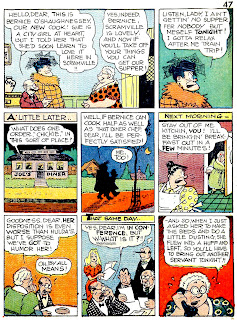 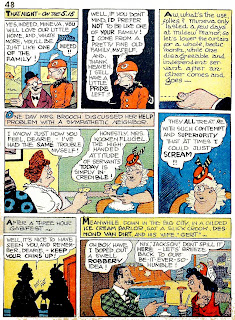 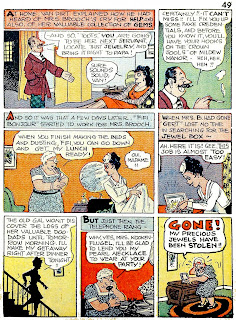 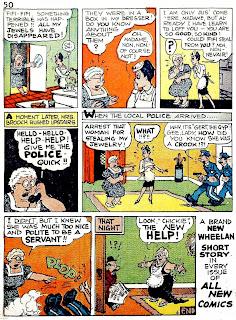 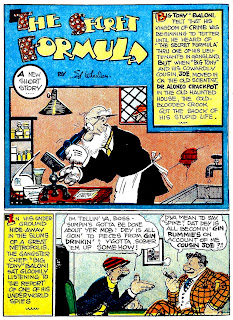 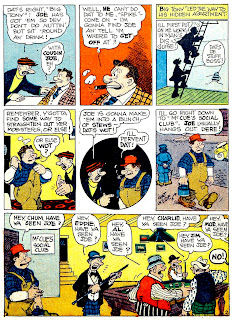 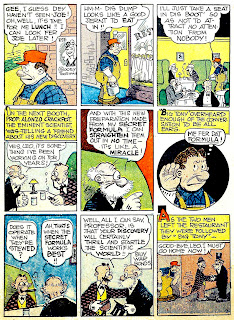 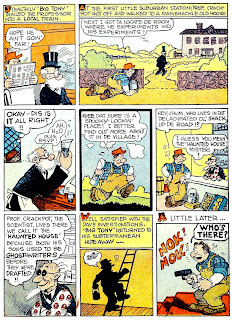 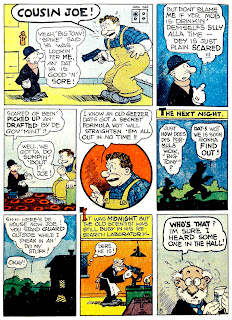 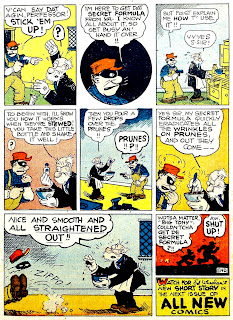 Pappy: I could just eat this guy's bigfoot style up with a fork and spoon! What wonderfully live stuff. I particularily love page 4 of "Secret Formula." I always love when a bigfoot character welds a handgun. It looks so cool!

Merry Christmas, Pap, and thanks for the year of great posts!

Yay 4 funny comics yo!.•°✧°•.OMG Pappy we did a free givaway Happy Holidaze Comic Book .cbr downlode as a prezzy 4 our twitter followrs but we got tha idea frm ur blog so we giv u a shoutout on page 18 yo! LOL Becuz of u we hav lernd about a lotta comics we nevar herd of & we luv u Pappy!♥ If u want tha comic book, its on our tumblr: http://ow.ly/gis6O ♥Happy Holidayz!! XOXOXOxoxoxo

Thanks, Mykal. I first saw examples of Wheelan's "Minute Movies" comic strip in Don and Maggie Thompson's Comic Art 'zine almost 50 years ago, and I've been a Wheelan fan since.

Alicia, u q-t! That's a great comic! You two did a splendid job, and I'm proud to be your inspiration.

Everybody check it out and support the American Girls.

Along similar lines, I always enjoy the look of the stories by Russell Cole (“Alger”). I don't know that comic books just of work by these sorts of fellows would have been commercially successful in the late '30s and in the '40s, but they'd now be considered very great prizes.