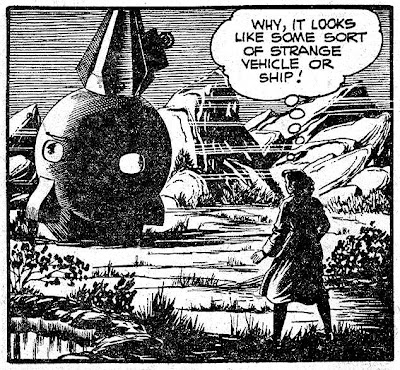 Fawcett Publications had a couple of short-lived lines of movie adaptations, including Fawcett Movie Comic. The issues were mostly comic book versions of Western movies, but #15 in 1952 was science fiction, “The Man from Planet X.” I remember the movie, but I saw it a long time ago. Based on memory, this adaptation seems fairly faithful.

Overstreet lists the original U.S. printing as “scarce.” What I'm showing today is a European reprint, according to the indicia a French and English co-production. It was printed in black line in France. Uneven ink distribution makes it look fast-and-dirty, and I did my best to clean up the scans. I'd like to thank scanner Jimpy for providing the originals which I used as the basis for this presentation.

The Grand Comics Database provides information on writers and artists based on an American reprint from 1987, and who am I to disagree? They have a bunch of question marks, giving their ? credit to several artists including George Evans, Kurt Schaffenberger and Peter Costanza, and a ? inking credit to Jack Kamen. The artist I mainly see is Schaffenberger, but I'm not discounting their guesses. I've learned in my time doing this blog that with comic books and their production sometimes several hands went into getting a job done. While identifiable styles may peep out here and there, often the real credits can only be guessed at.

I stopped counting (after a dozen or so) how many times in the story the extraterrestrial is called the man from Planet X. Not “the alien” or “the spaceman,” which would be less cumbersome. In my case, after seeing the movie all those years ago I called him the man with the papier-mâché head. 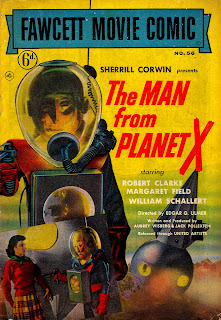 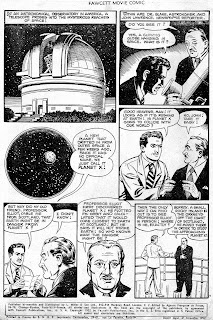 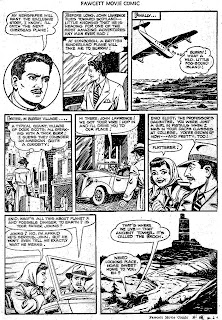 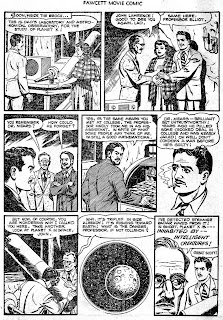 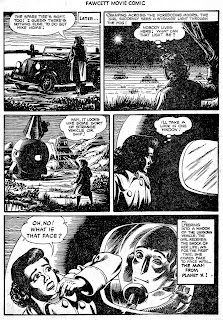 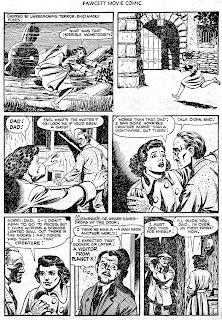 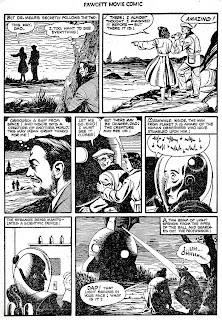 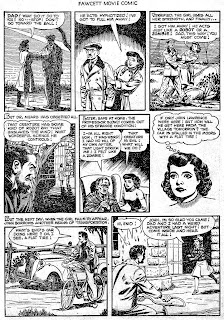 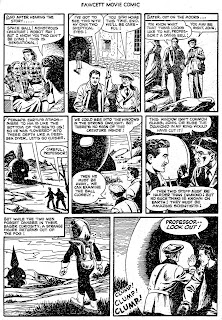 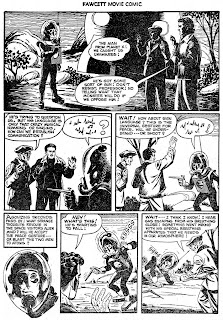 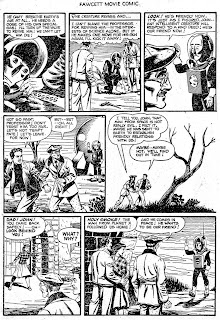 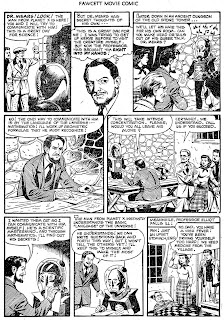 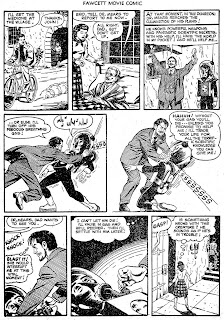 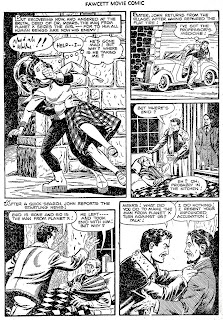 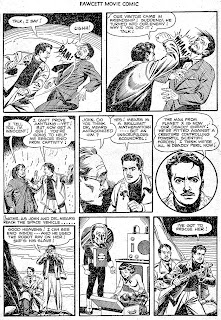 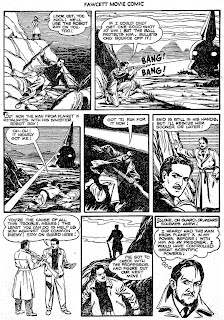 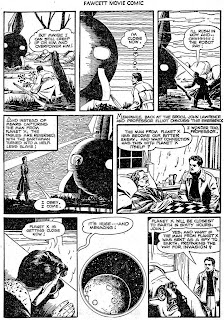 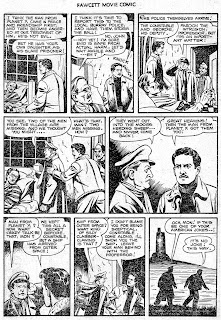 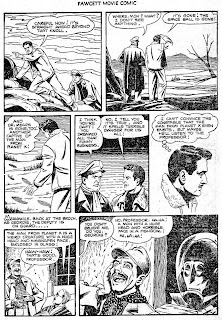 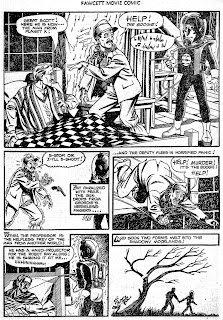 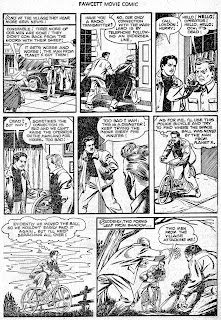 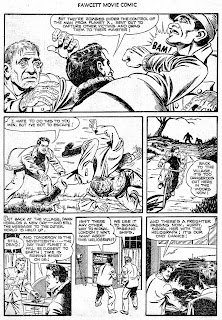 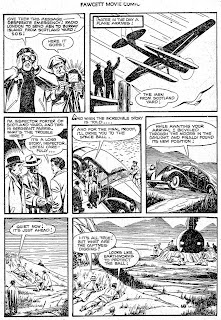 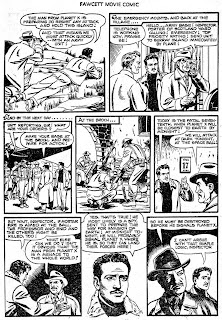 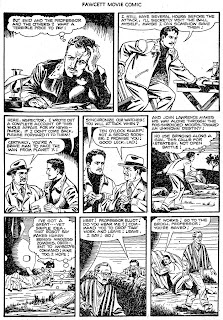 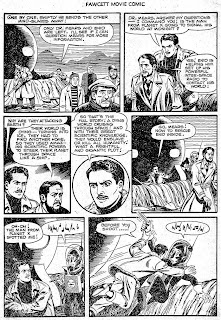 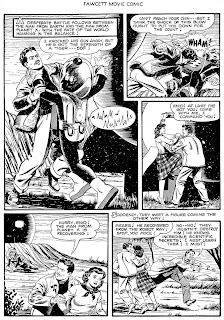 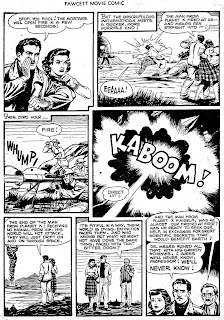 Absolutely beautiful. Thank you for posting this!

But yeah, that's Kurt Schaffenberger and Peter Costanza all right; every time I see the Man threatening Enid, I expect her to shout, "Shazam!" and stomp his head in. (Only natural I guess, coming as it does from Fawcett.)

There's this oft-repeated story that the men behind Man wanted the alien's head designed so that it could "change emotions" with the slightest shift in lighting, rather than internal mechanics. A lovely theory, but onscreen it's pretty clearly just a rubber mask with the same miserable expression under different lights; our minds unconsciously compensate for such things. It actually works better in print! ...Even if the Man still looks like a vegetable mascot who's about to burst into tears.

Thanks, Billy. Despite the shortcomings of the alien design I'll give the filmmakers credit for an atmospheric and eerie setting. I think it was picked up nicely in the comic book version.