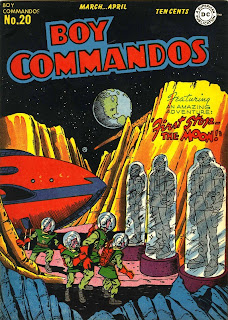 
Regular readers of this blog know I like science fiction. I'm fond of post-war stories about traveling to the moon or other planets. It's all very fanciful, but these stories remind me there was a time in this country when we had a lot of optimism for our future, and the future of technology. We still have optimism and the technology, but it took some unexpected turns from the predictions I grew up with.

When I watched the TV coverage of the moon landing on July 20, 1969, I thought that by 2000 we'd have bases on the moon, and like 2001, A Space Odyssey, we'd be on our way to exploring the solar system. We are exploring, but not with humans. I wonder if it will ever happen that people set foot on the moon again, much less Mars or beyond.

"First Stop--the Moon!" from Boy Commandos #20 from 1947 is yet another entertaining flight of fancy about the "first" moon landing. It's drawn, according to the Grand Comics Database, by Curt Swan and Steve Brodie. 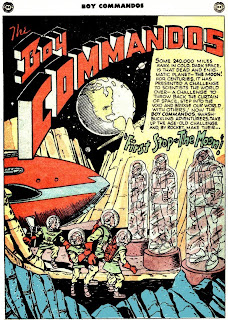 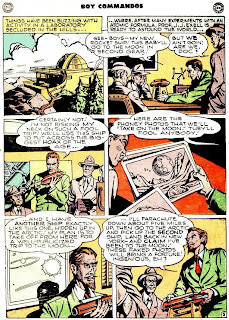 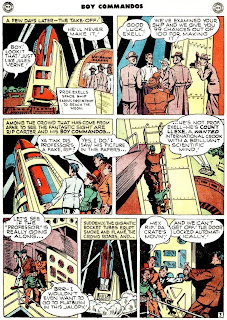 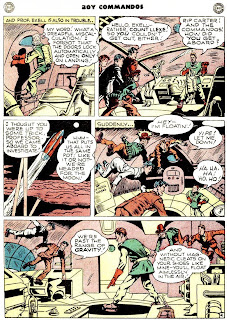 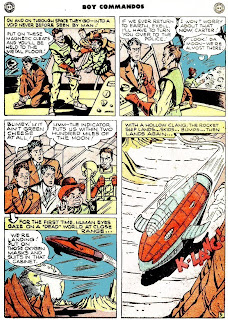 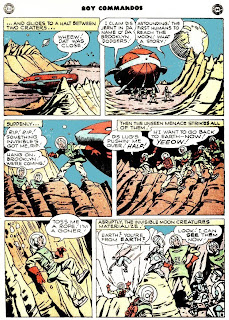 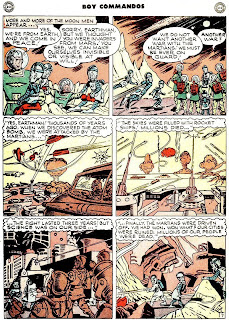 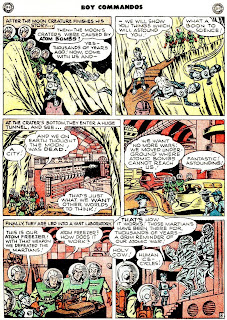 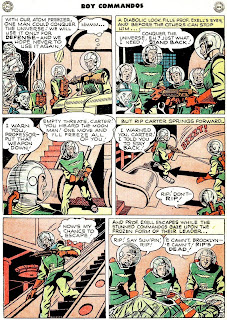 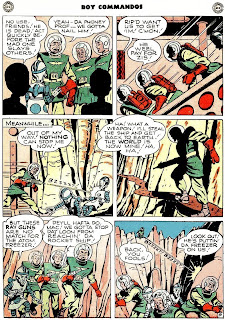 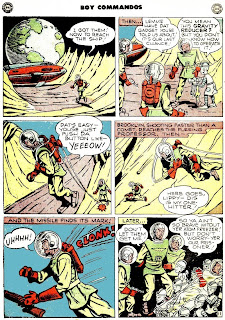 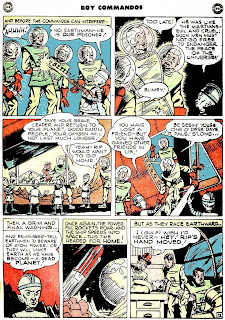 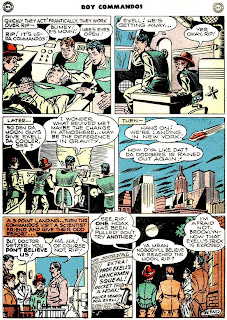