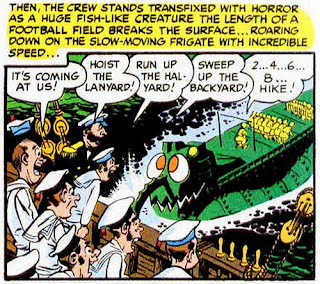 
In Pappy's #871 I posted a classic Wally Wood movie satire from EC Comics' Panic #2, written by Al Feldstein. Here's another from Wood's brush and pen, "20,000 Leaks Under the Sea," a satire of "20,000 Leagues Under the Sea," a popular 1954 Disney live action movie. I saw the movie on its first release, and have seen it a half dozen times since. I think it's one of the best from that studio, with some great effects and fine casting. I'm especially fond of James Mason's performance as the tormented Captain Nemo...but I digress.

Jack Mendelsohn wrote the parody. Mendelsohn has had several careers, as television and animation writer (Laugh-In and Jay Ward cartoons, for example). He even wrote and drew one of the most creative comic strips ever, "Jackys Diary," which appeared to be drawn by a 6-year-old, and signed "by Jacky Mendelsohn, age 32 1/2."

Mendelsohn's parody of this movie is pretty sharp, and he keeps the jokes coming. And, of course there's the Wallace Wood artwork...what's not to like? 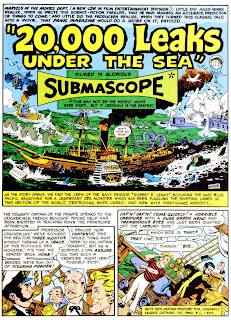 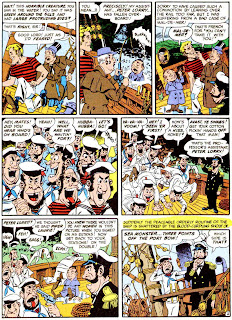 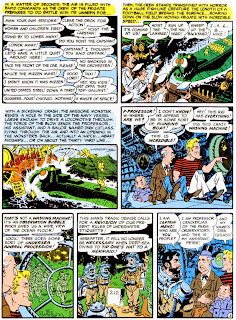 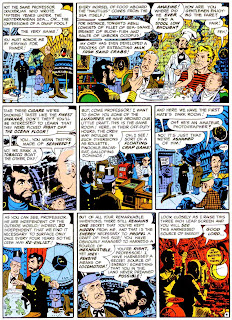 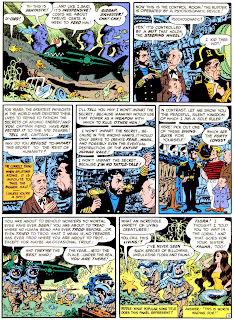 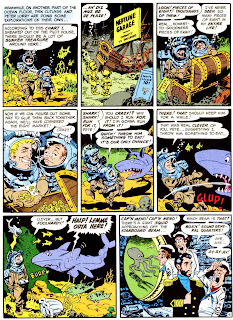 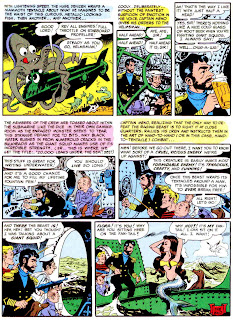 Wood is good! That's MY mantra.

Karswell, Jeff...you are men of class, discernment and excellent taste.

I thinks he's better known, or at least more celebrated, for his science-fiction work, but I prefer Wood as a humorist. But then, I tend to prefer humor, anyway.

And don't forget Mendelsohn's other submarine connection--he is also one of the credited authors of the Beatles movie, YELLOW SUBMARINE.

Particularly great scans on this one, sir. Going to plug the post on my Wally Wood blog.