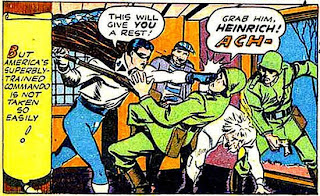 Americommando and the Little One

Americommando was a character in his third incarnation: He had been Tex Thomson from Action Comics #1 to #33; he was Mr. America until #54, and then none other than President Roosevelt sent him to commando school and he became Americommando.
Created and drawn by Bernard Baily, an artist working in comics since their earliest days, and also co-creator of Hourman and Spectre. His villain in these consecutive stories from 1943, Action Comics #57 and #58, is a grotesque character, half Japanese and half Prussian...and wow, you couldn't get much more villainous than that combination in those dark days of World War II. (As always, these racist caricatures can be painful to look at with modern sensibilities, and all I can say is they were created in a different time.)
Americommando didn't last out the war, losing his position in Action by #74 in 1944. Baily went on to be an editor, writer, artist and publisher, and eventually ended up back at DC Comics. He died at age 80 in 1996. 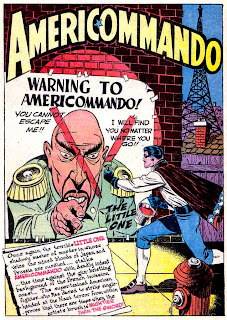 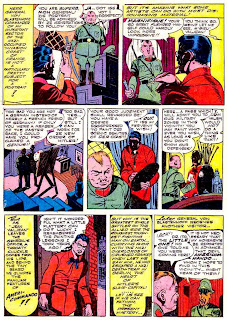 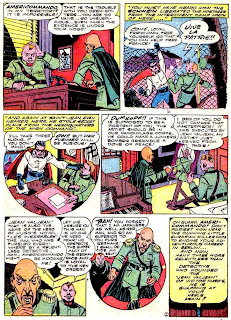 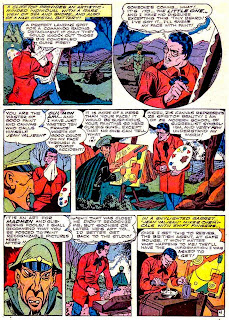 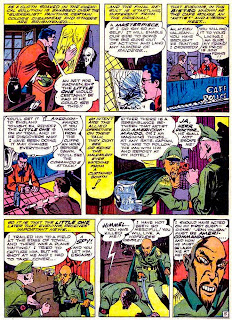 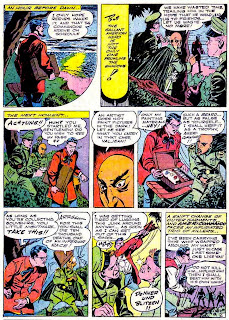 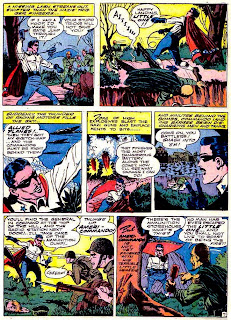 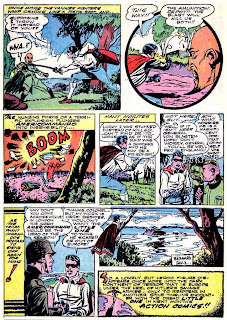 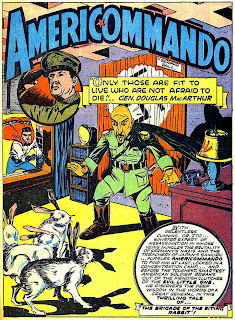 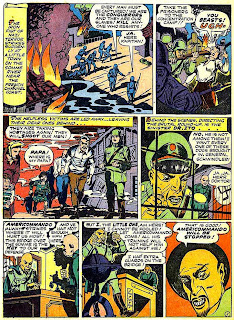 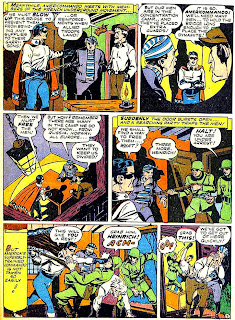 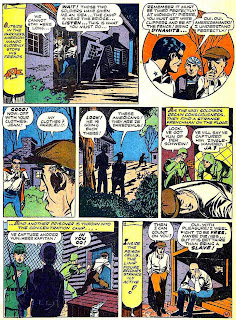 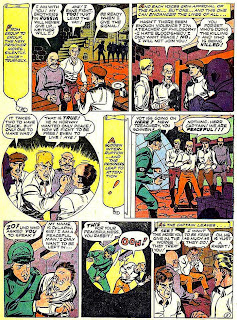 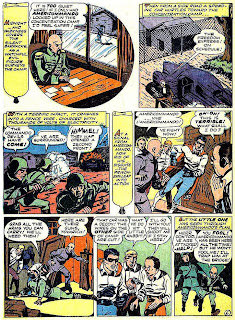 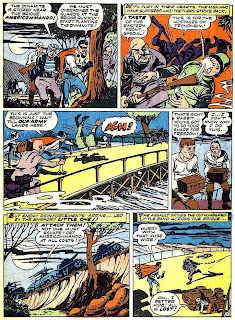 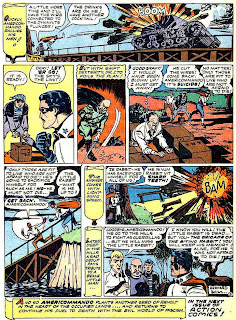 Americommando was used retroactivly as the titular character this past decade in the mini-series "The Golden Age" where it was explained why super-heroes didn't just go to Europe and win the war in a matter of hours. Americommando was depicted as the only character who operated behind enemy lines.

My main interest in these ret-conned stories is to help remind me which original comic books I need to go back and read. Thanks for posting the real deal Pappy, no matter how politically-awkward.

I may have read The Golden Age series but really, I just haven't kept up with the re-upping of old characters.

I've said before it's all I can do keep up with the old stuff, much less the new. I enjoy reading old comic stories, and Americommando is an entertaining feature, but my interest is mostly in the artists and creators. I'm more interested in Bernard Baily's long career in comics than in the characters he created or co-created.