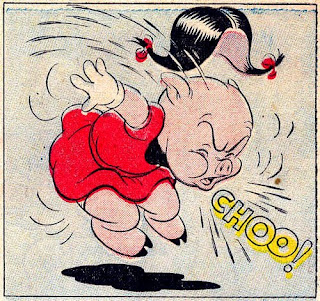 
Welcome to Pappy's Plan B week. Actually, there was no plan. When I put together the postings for this week of July 11 I noticed the letter "B" seemed to fit into each posting. Since I'm one to jump on any opportunity to create a theme, despite the misnomer, this is Plan B week!

This Bugs Bunny opus, another story involving cross-dressing (see Pappy's #760) takes up a familiar funny animal Western plot; an uncle is missing from his ranch Out West, so our heroes go into action.

In Dell Four Color #48, Porky Of the Mounties, drawn by Carl Barks, Porky masquerades as a Canadian Mounted Policeman, but in this one he masquerades as Petunia Pig. When he puts on a dress and wig he looks just like her. Well.

Carl Buettner, who had worked for Disney and Harman and Ising, and had also drawn the Charley McCarthy comic strip during his career, drew the Bugs Bunny stories in this issue. Buettner was quite an interesting artist, who before his animation career had drawn cartoons for Captain Billy's Whiz Bang and sexy illustrations for the notorious Spicy line of pulps in the mid-1930s. You can check out some of that Spicy work here. 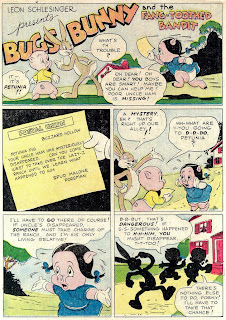 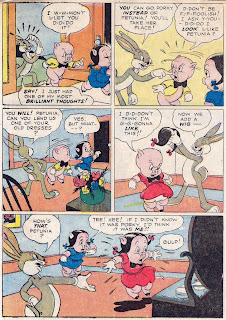 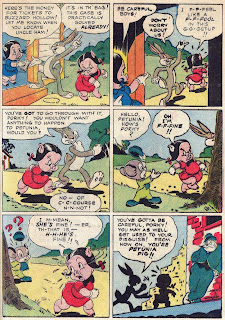 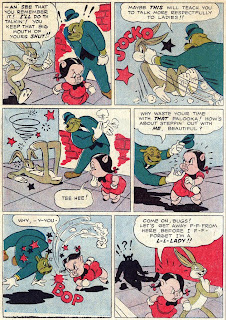 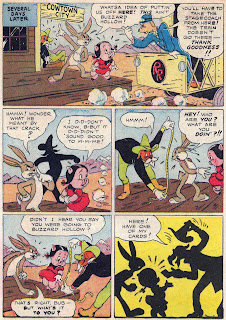 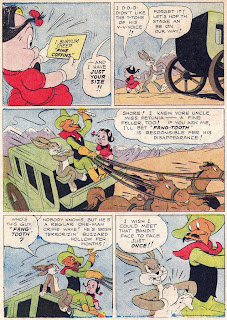 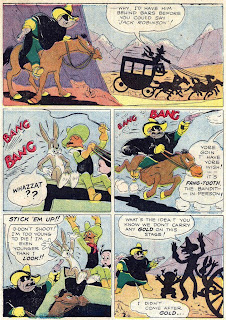 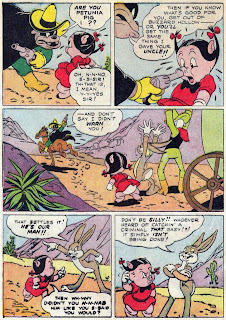 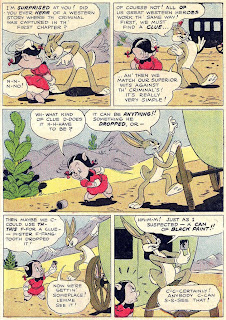 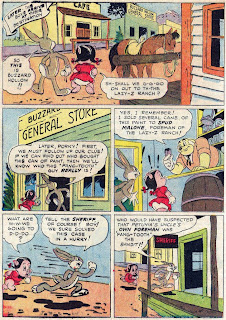 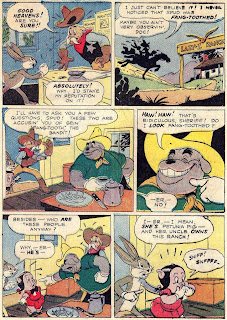 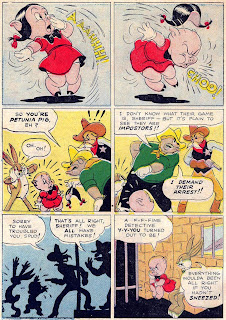 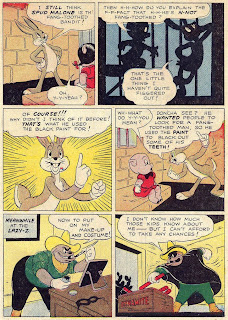 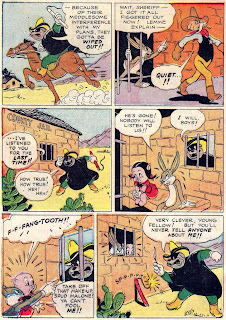 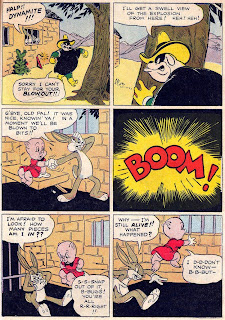 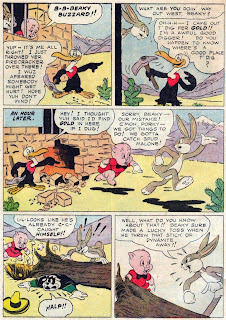 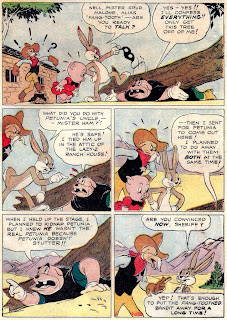 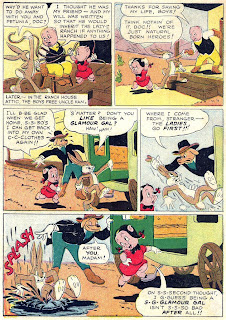 Pappy: I love Buettner's Bucky Bug stuff for Disney, and I see his Bugs Bunny has a very distinctive look, too. All his stuff is solid and "classic" looking (harkening back to the school of Floyd Gottfredson). I love his Porky as well. I bet Porky was popular to draw - all thos nice, round shapes. Great Post!

I haven't paid a lot of attention to the Warner Bros characters in comic books, although I do have a big run of late '40s to late '50s issues of Bugs, Porky and Looney Tunes. After taking a closer look at it I will be showing more in the future.

Mykal, thanks for checking in.

Gotta say, that's the best comic book Bugs I've seen. Like you, I never shined to Warners characters in any medium than their own, but there seems to be hidden gems.