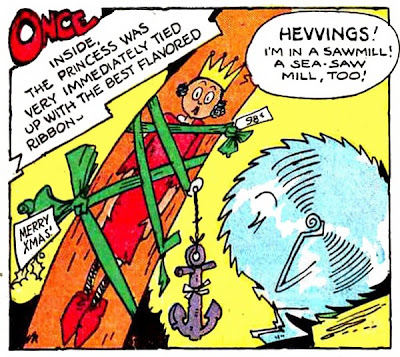 
From his essay in All In Color For A Dime (1970), in an enthusiastic tribute to cartoonist George Carlson, Harlan Ellison wrote:


". . .the man known as George Carlson, the incredible artist who--for forty-two issues of Jingle Jangle Comics--scripted and drew and series of unparalleled contemporary fables called "Jingle Jangle Tales," no longer draws. Jingle Jangle Comics is long-since gone. It died in December 1949. At Christmastime. During a season of joy and colored lights and children's laughter, George Carlson went away, taking with him one of those rare and marvelous gifts we had been joyously allowed to savor from March of 1943 till that emptiest of Christmases. He went away, and he took the "Jingle Jangle Tales," and most of all he took "The Pie-Face Prince of Pretzleburg."

Carlson was an artist and cartoonist of many talents. Besides his foray into comic books, he was a book illustrator, a cartoonist, and an author. You can see some examples of his other work here, here, and here. He even drew the famous dust jacket for Gone With The Wind, for goshsakes.

Carlson died in 1962, at age 75. He had a long career. Comic book fans mostly know him for his "unparalleled contemporary fables." If he did any other comic book work I'm not aware of it. It looks like he really had a lot of fun at what comics he did, though. 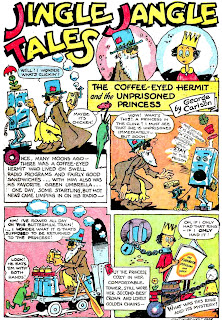 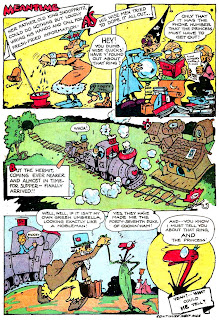 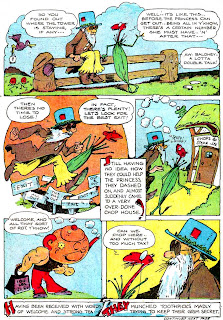 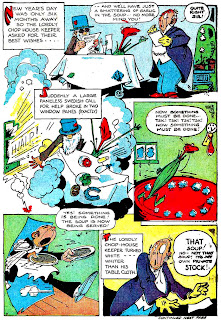 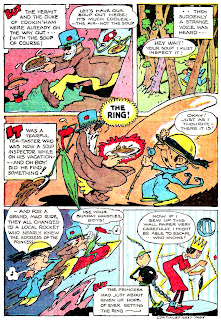 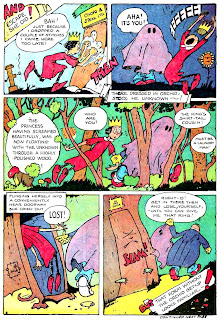 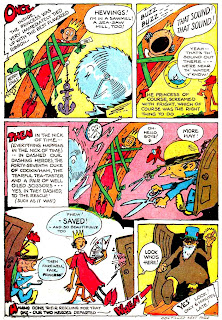 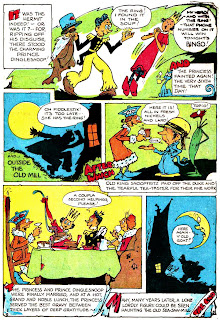 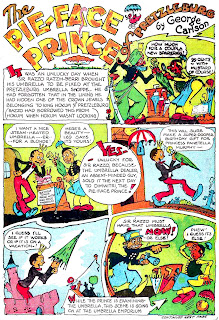 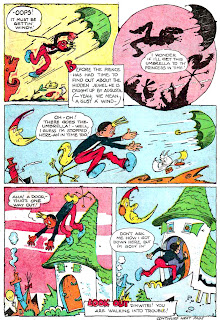 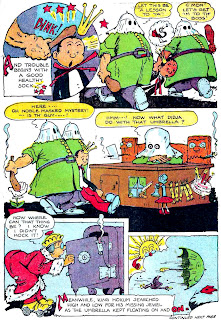 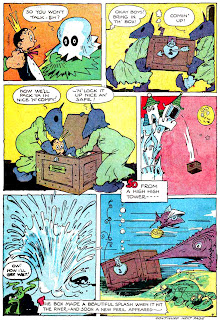 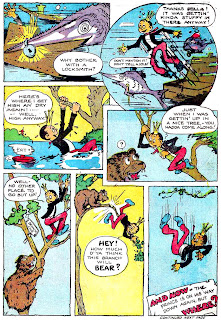 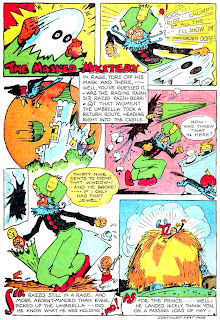 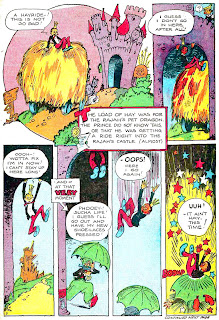 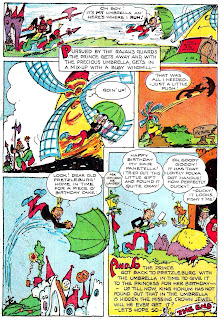 Thanks, Kirk! No one does work like this any more. I'll try to feature more of Carlson's work in the future.

Pap, that's it in a nutshell. All current artists lack either the skill, inclination, or financial motivation to produce such jaw-dropping, complex, perfect work. My hat is off to you for posting Carlson, who is criminally forgotten. More coming over at my place as well. Fine, fine archival work, my friend!

I think that M.K. Brown has at times produced work at least reminiscent of Carlson's.

Too many jokes to be made for jumping out of a tree to get away from the beaver.