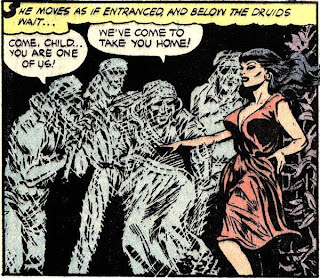 
We both loved Magda


In 1959, when we were in 7th grade, my friend Rich got a handful of old comics from his cousin. I'd been telling Rich about horror comics. At the time both of us were reading Adventures Into The Unknown, Forbidden Worlds and the Jack Kirby monster books. I told Rich about the Comics Code censorship, how comic books used to be cool, full of vampires, werewolves and killers! At the time, though, I didn't own any of those terrible comics. Everything I knew about them came from what I'd read in a library copy of Seduction Of The Innocent.

So Rich came from his older cousin's house with a copy of Vault of Horror #21, the Realistic (Avon) Comics one-shot,The Dead Who Walk, and the Fiction House title, Ghost Comics #8. Of the three I lusted most after Ghost Comics, because I was infatuated with the girl, Magda, and her big bazooms. No girls with boobs like that existed in my Code-approved comics. I tried to get Rich to give up his Ghost Comics, but no way. I guess he loved Magda the Gypsy as much as I.

I was also very impressed by the beautifully drawn, spooky cover by Maurice Whitman. 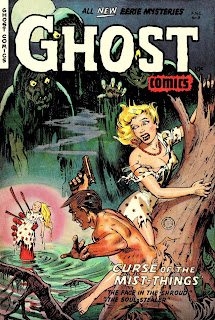 Twenty years later I asked Rich if he still had that Ghost Comics. He did. Would he sell? No.

Oh, yeah, Rich, one more thing...would you consider a small cash consideration for your copies of Vault of Horror #21 or The Dead Who Walk...?

"The Curse of the Mist-Things" is drawn by John Belcastro, signing his name as Johnny Bell. As a bonus, another story I remember from that original encounter with Rich's Ghost Comics, "The Soul Stealer." 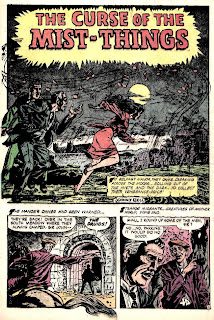 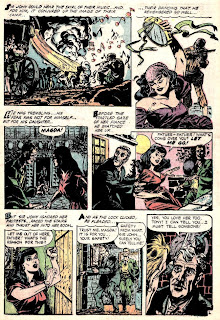 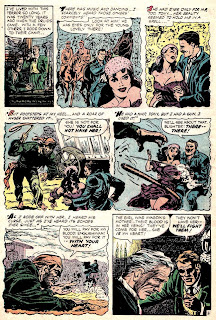 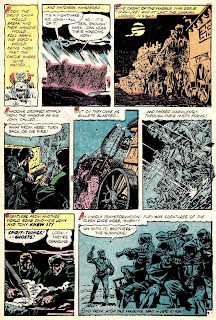 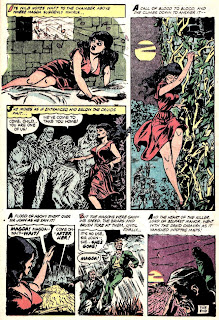 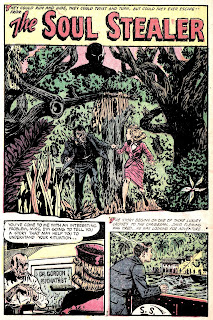 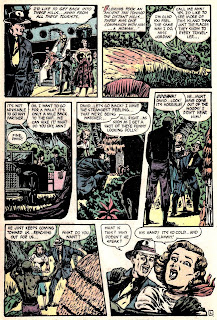 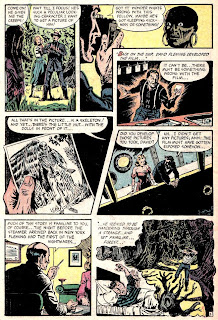 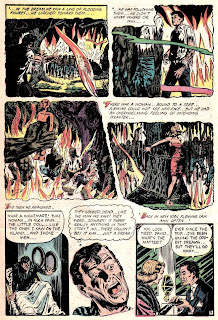 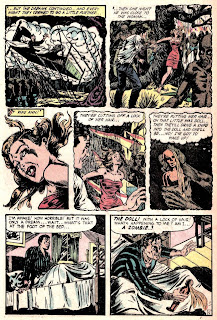 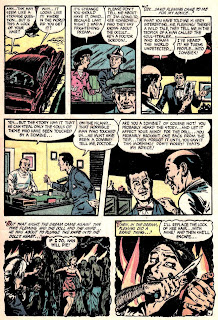 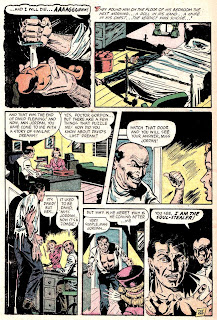