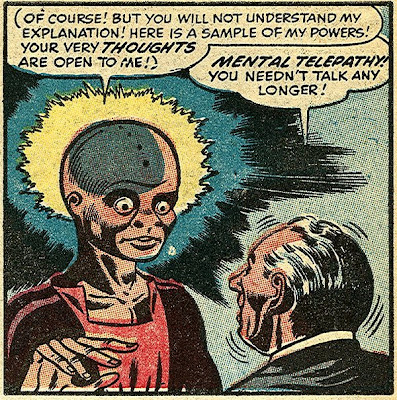 
This 5-page story from Harvey's Tomb Of Terror #12, November 1953, was appropriated (read: swiped) from the science fiction story, "The Man Who Evolved" by Edmond Hamilton. Hamilton, who was born in 1904, was a prolific writer from the 1920s until the 1970s. He wrote the Captain Future pulps. He was also a writer for DC Comics, writing many, many stories for editors Mort Weisinger and Julius Schwartz, both friends of his. "The Man Who Evolved," which appeared in the science fiction pulp Wonder Stories in 1931, was a favorite of Isaac Asimov, included in his anthology Before The Golden Age.

Oh yeah…the comic book story, "Evolution," was drawn by Manny Stallman and John Giunta. For a well-done Atlas horror story that may be Stallman go to The Horrors Of It All. 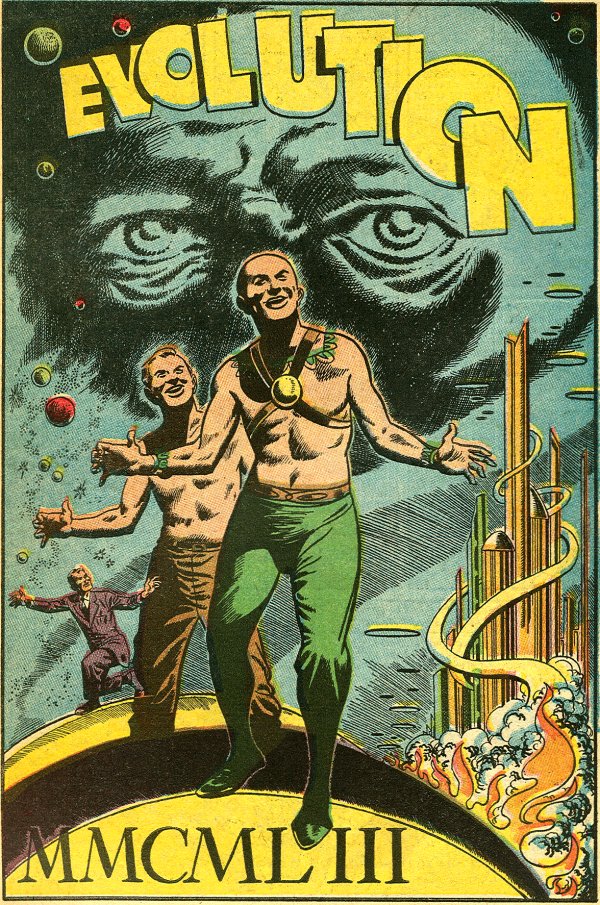 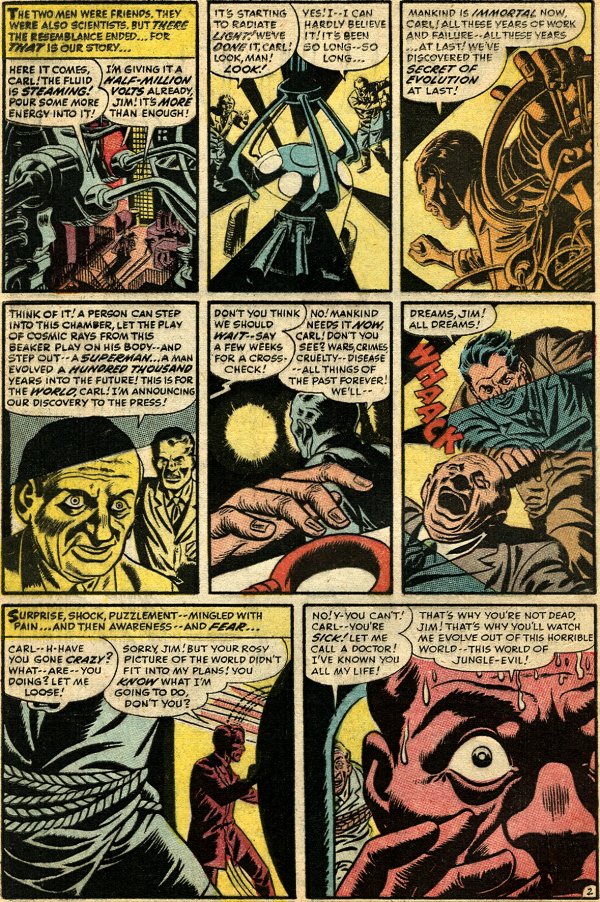 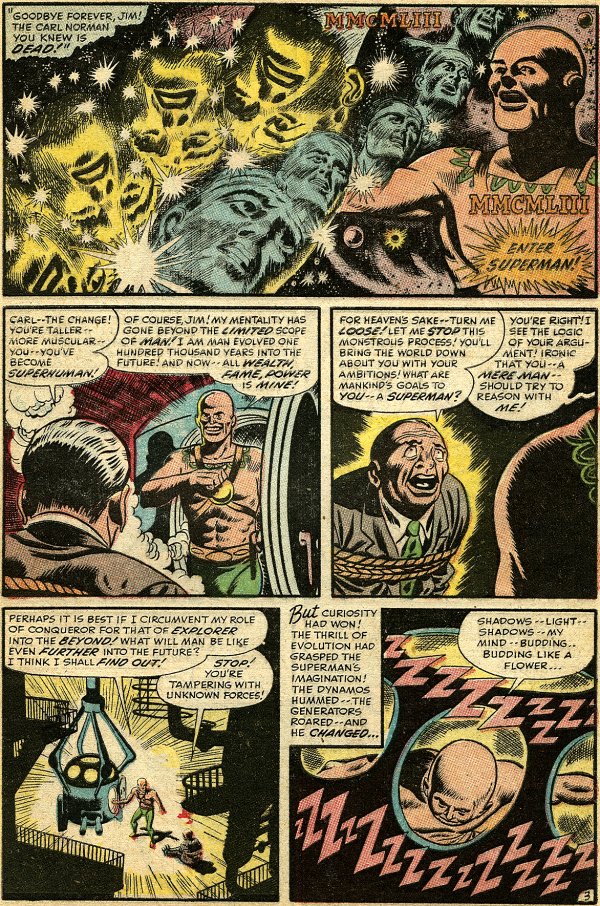 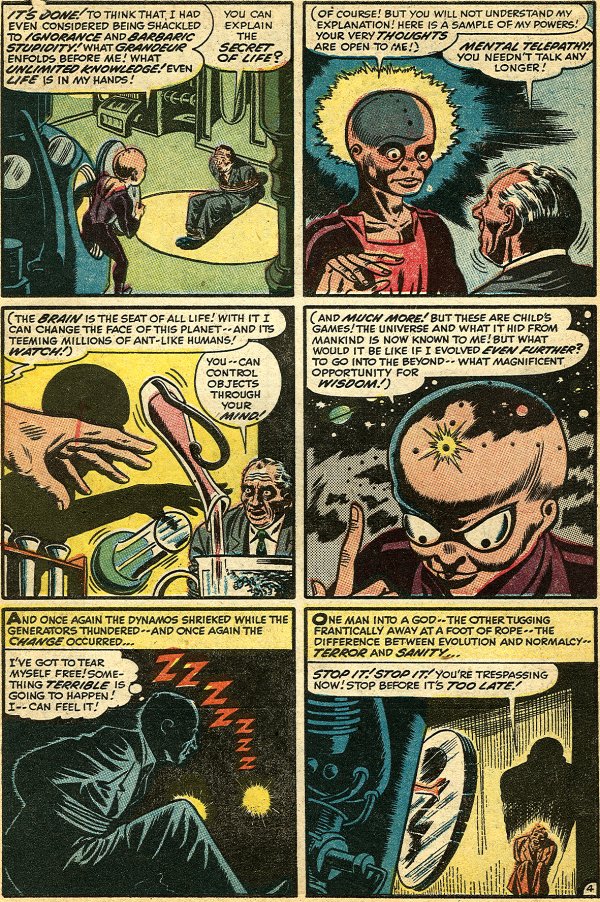 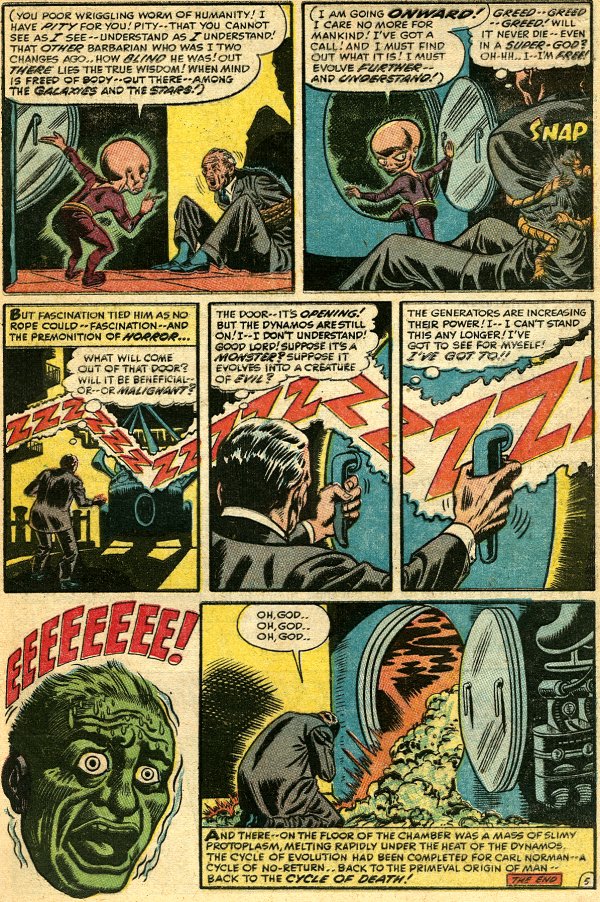 Yeah this was a fun, "Outer Limits" style tale.

The Vicar of VHS said...

Love this--very trippy and cool. I think I would have stopped with the first change, though!

"Who cares about limitless expanses of mind power? I'm RIPPED!"

Yeah, very cool... Harvey had some really memorable SF moments in their horror mags, this is definitely one of them.

I still have my Stallman post set for tomorrow too.