That ol' black magic has me in its spell…


Meet Gar Macon, pilot, coward. Gar is doomed. He's doomed to repeat his mistakes. Most of us wish for a chance to go back and undo something we've screwed up, but in this case Macon gets to do it again until it undoes him. "Vengeance of the Living Dead" is from Fawcett's World's Beyond #1, 1951, the only issue of that title. It became Worlds of Fear with the next issue.

The artwork is by Bernard Baily, a fine golden age artist who contributed some of the best and most gruesome covers ever for horror comics. His abilities show in this effective and creepy story. 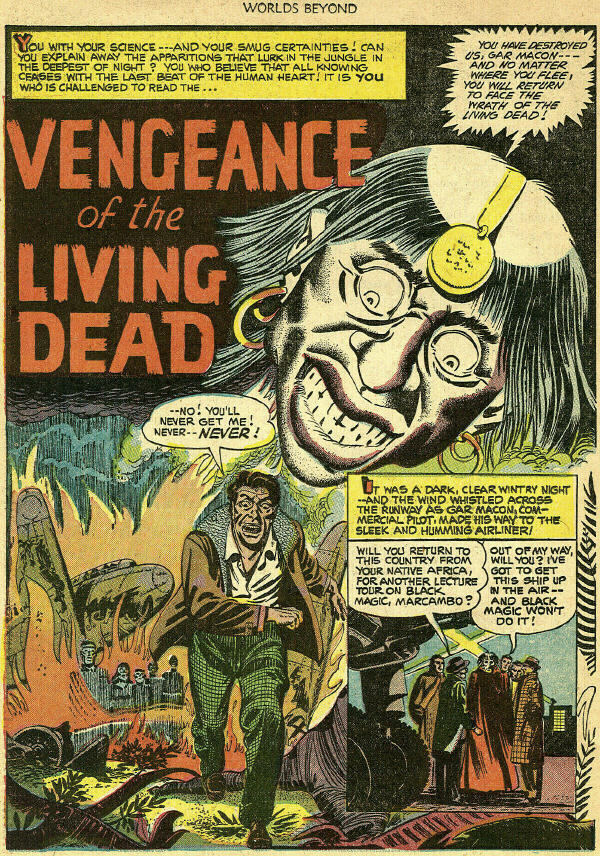 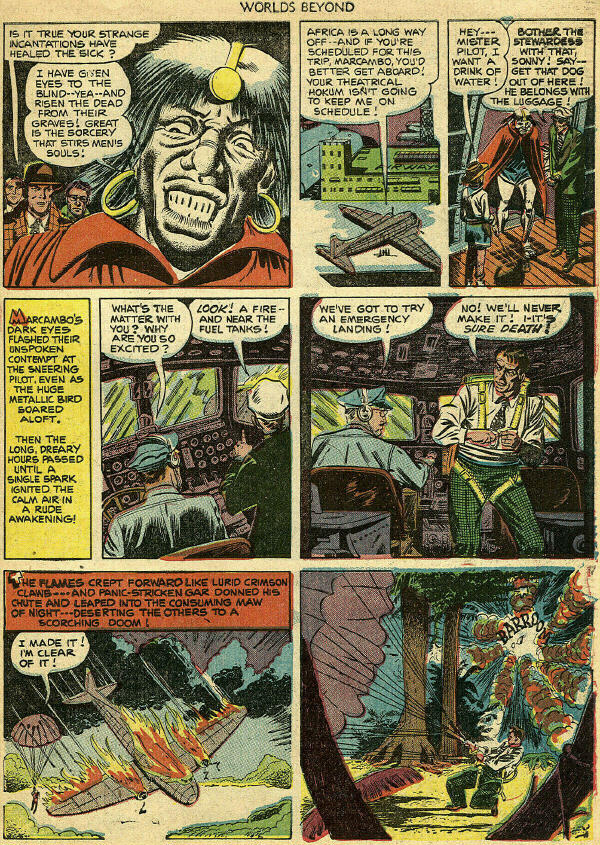 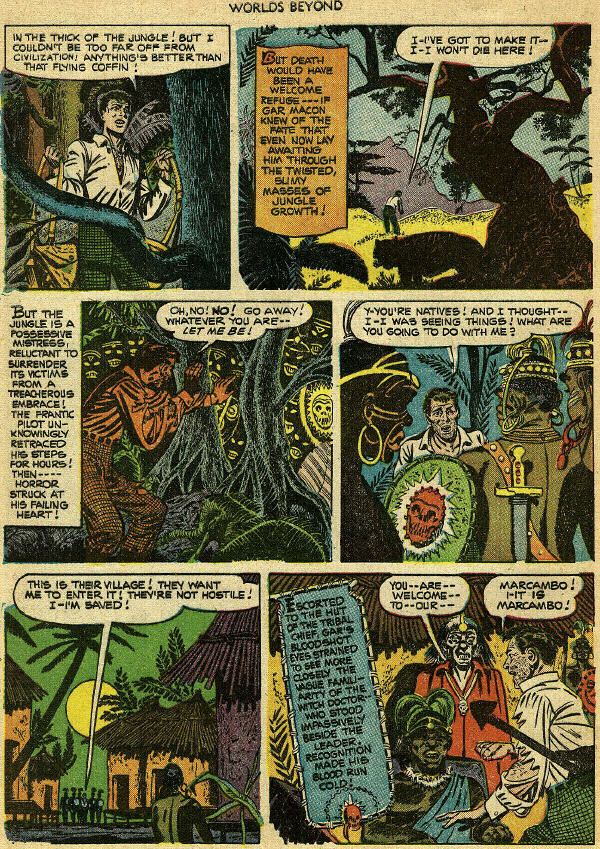 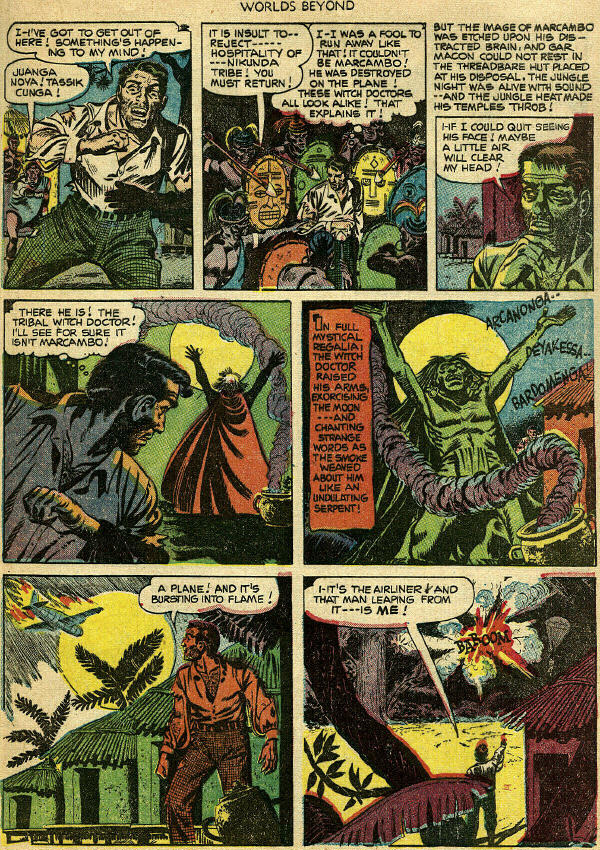 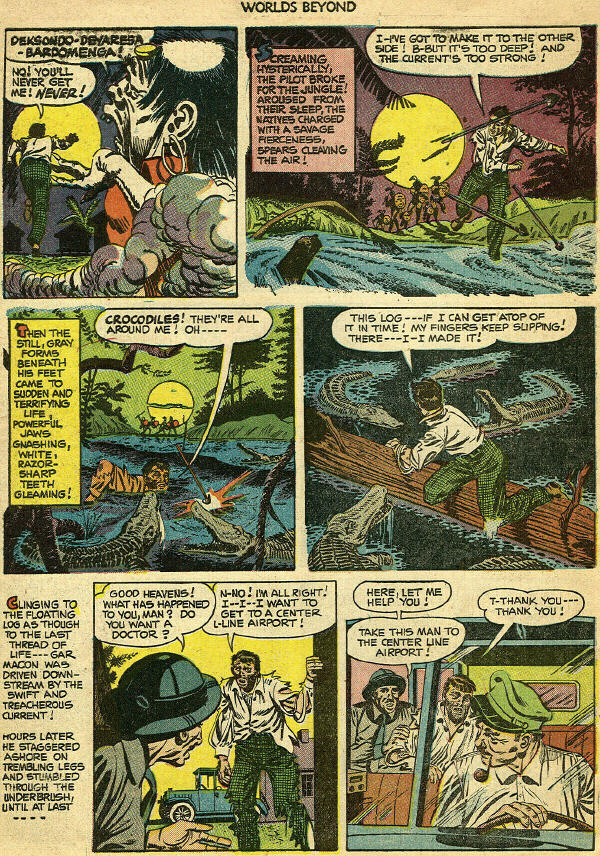 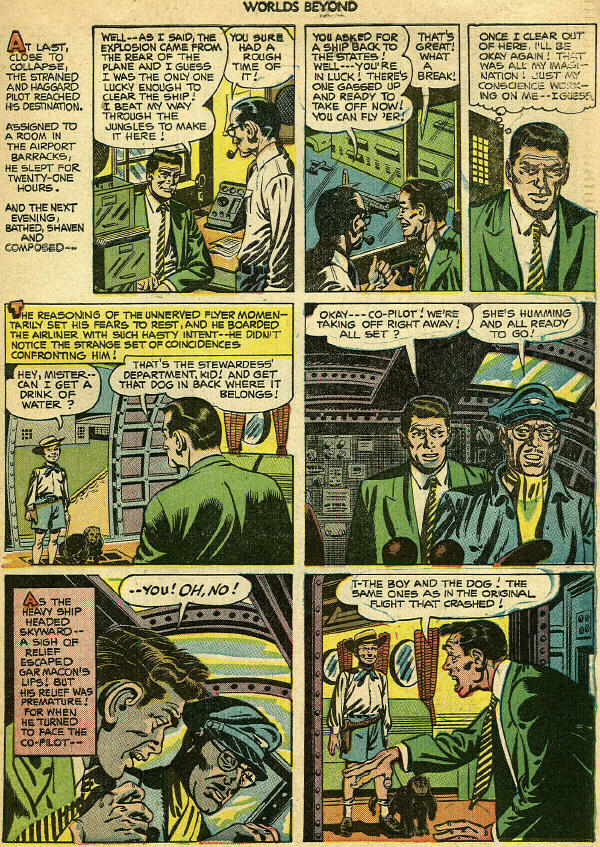 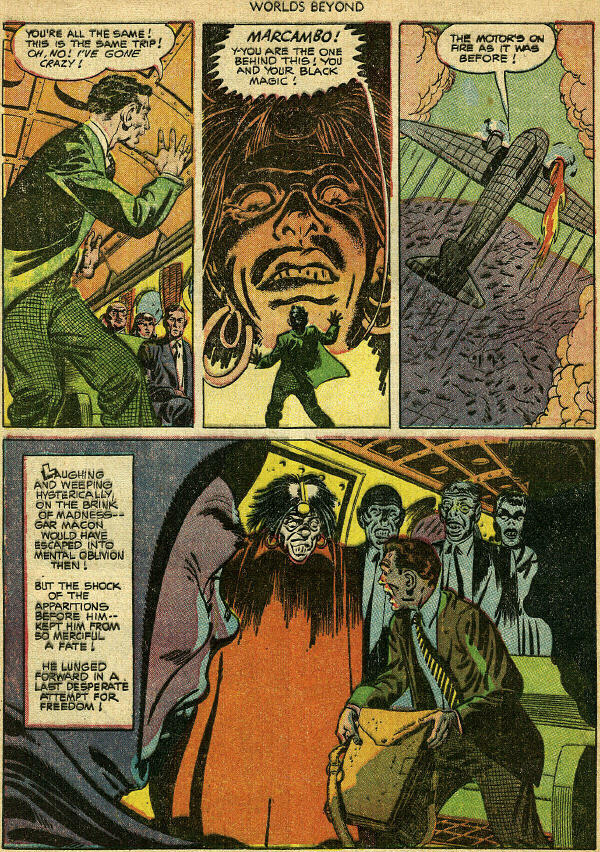 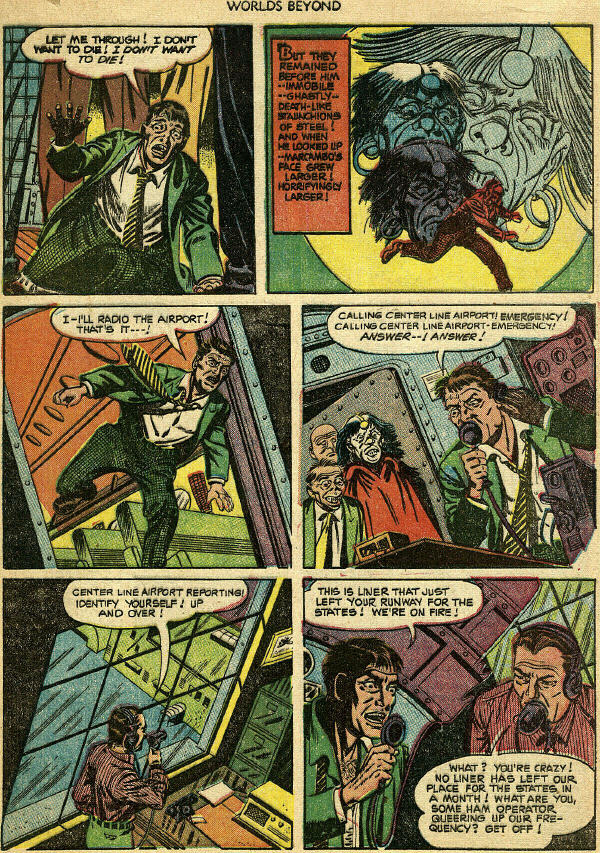 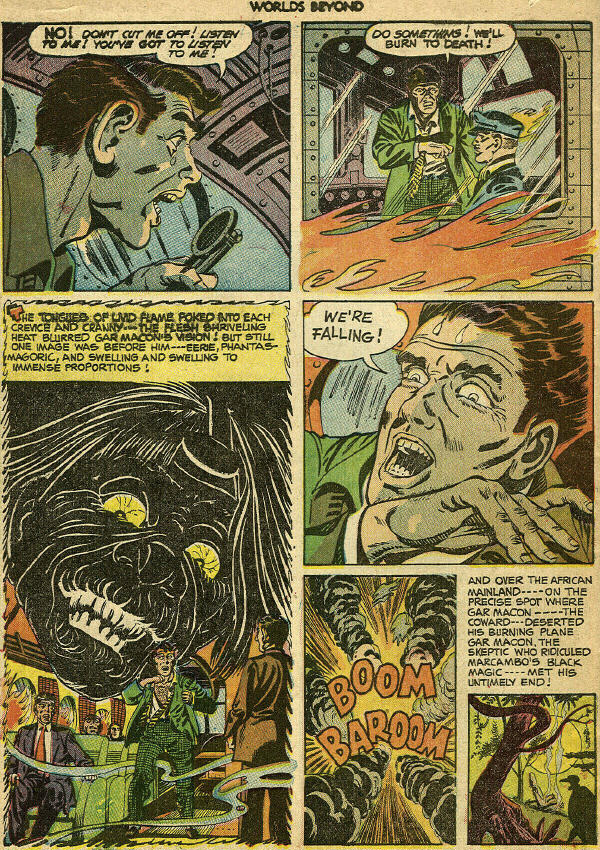 That's a great opening page and then the story follows through really well.

Where is Brother Voodoo when you need him?

I actually just picked up a copy of this one-shot too and was planning to post something from it later in the month. Of course you already picked the best story!!

The Vicar of VHS said...

Great story! Didn't go at all in the direction I was expecting. Some great quotable lines in this one too:

"You with your science--and your smug certainties!" You know it's bad news when the narrator gets combative with you from the first line!

I also love the "It was a dark and not-at-all stormy night" description. Though the "all these witch doctors look alike" line might jar some modern readers...

And why is the sound effect for a big explosion always "BARROOM"? Maybe because that's where the overworked artists were going just as soon as they finished these tales...

Great stuff as usual Pappy! Now get back to work! ;)