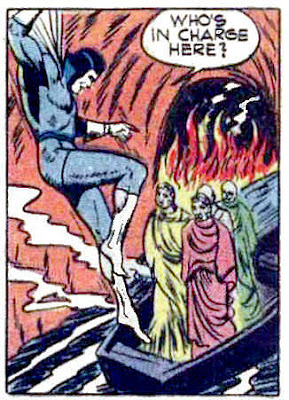 Mr Justice...hmmm. That name just doesn’t sound right, considering the origin story of Mr Justice has him a ghost of Prince James of England. Prince James was trapped in a castle, and died. The castle was dismantled and sent to America to be rebuilt. Mr Justice was “born” after a German U-Boat sank the transport ship. Beside wondering about the wisdom of putting a heavy load of stones and building materials on a ship during wartime, shouldn’t Mr Justice to changed to Prince Justice?

Mr Justice isn’t a bad character, as supernatural characters go, and my problem with him being a “mister” changed somewhat when I read the Wikipedia origin of the word “mister:”

Apparently Mr Justice got a royal demotion, going from prince to mister, but if he can accept that, then so can I. 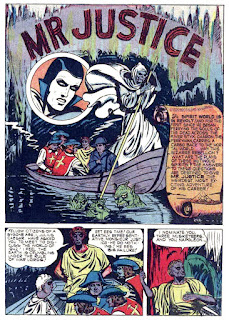 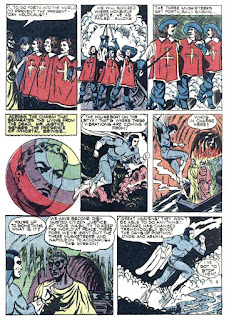 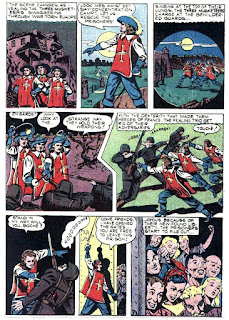 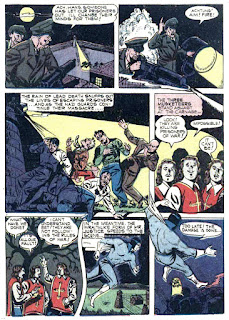 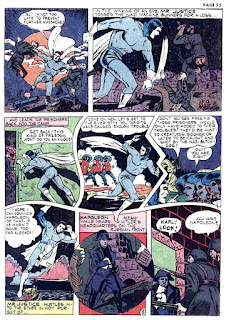 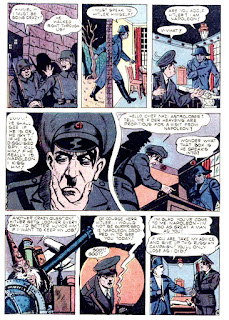 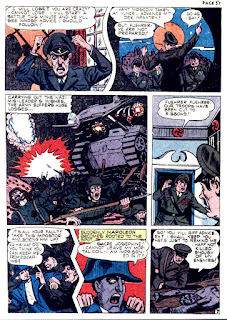 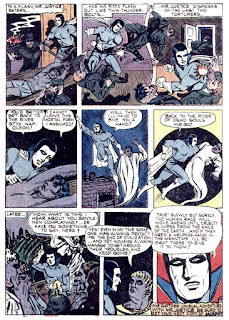 In the era before the Nazis came to power, the term “concentration camp” was applied to a broad range of internment camps. Some of these were quite ghastly, but there wasn't an automatic expectation that they would be nightmarish. That only developed as the Second World War approached its end, and Allied governments began telling their subjects what the Nazis had done. (These governments had learned the truth much earlier, but concealed it. The reason given to journalists and to historians was that Allied officials didn't want to play into the hands of those who would claim that our soldiers were being sacrificed to save Jews. I can think of other possible explanations, none casting a favorable light on our rulers.)

In any case, the writer, editor, and readers would not have seen Mr. Justice as returning the prisoners to a place in which most of them would die miserable deaths, often after very great suffering.

The recurring question was of why, in their fictional universes, the superheroes didn't stop Hitler almost immediately, but that question seems more pressing in hindsight, as the actual horror of that regime became more widely seen. Of course, the equivalent question could be asked concerning Stalin, Mao, or Pol Pot, and any attempt to craft an answer would have been pathetic.

Napoleon tends to get a pass in popular history, but his desire for conquest resulted in 2.5 million to 3.5 million military deaths, and in 750,000 to 3 million civilian deaths. (The total population of Europe in 1800 was about 200 million people.)

Not only was Mr. Justice's title a demotion, but he was demoted from Prince to basically baby-sitter for dopes from the afterlife!

There *was* some kind of moral to this story, but it was certainly muddled.

Always wondered when the British stopped using periods (or full stops as they call them) in abbreviations. Perhaps sometime in the '50s.

I just love how concentration camp 8nmates are pushed back into said camp by a superzero because freedom would *be much worse*.

I also (unironically) love the Nazi astrologer's getup. Except that his hat isn't nearly high enough.