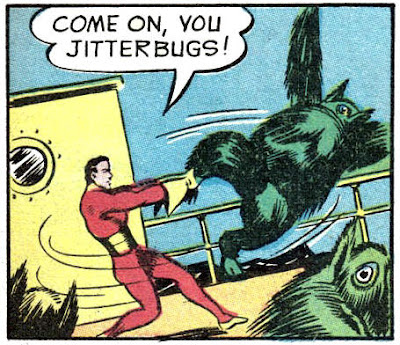 The early issues of Speed Comics published some very campy tales of superhero Shock Gibson, who became super when some chemicals splashed him.  A typical origin for a comic book character. This particular story, featuring green, furry, one-eyed “zombies” uses few words to tell the story, which mostly gives it the look of something done for a young person with a kid’s reading level, or someone semi-literate. The panels are simple, and illustrated in a naïve drawing style. The Grand Comics Database “credits” Norman Fallon for the artwork. Fallon, as I found out with a bit of reading online, was in comics in the ’40s and ‘50s. and appears to have been one of the artists working on Batman. Everybody’s got to start somewhere.

You know one of the villains controlling the zombies is bad with a name like Comrade Ratski.

Shock also has the ability to jump over buildings, which is taken from the early version of Superman who could “leap tall buildings with a single bound.”

I considered holding this story until my annual Thanksgiving Turkey Award, but I won’t deny you a few laughs now, when reading that the zombies talk backward: “Zombies the are we.” This like stuff up dishes who, Pappy am I. 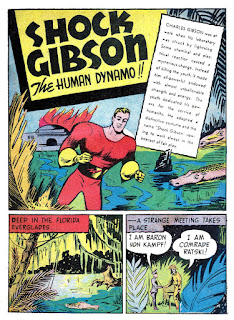 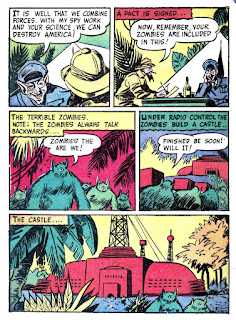 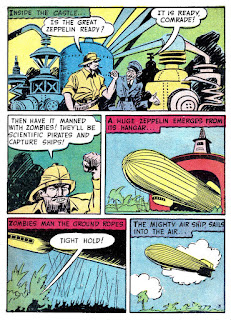 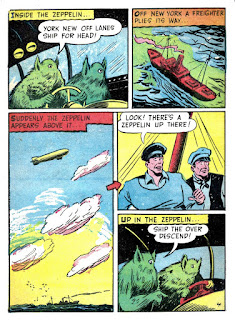 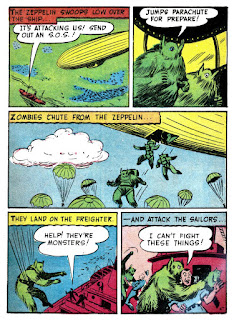 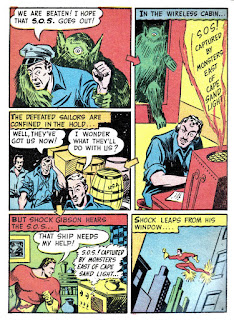 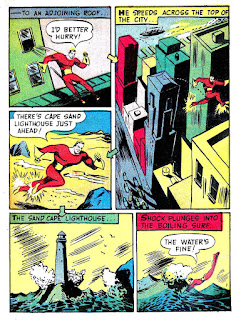 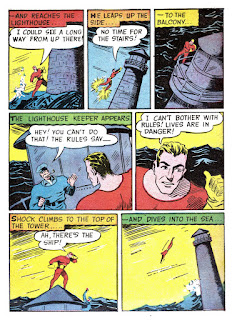 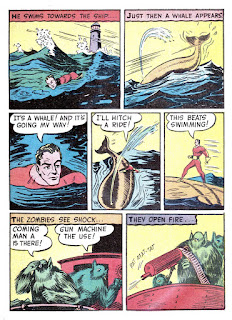 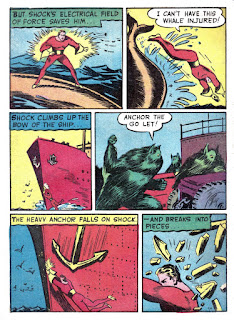 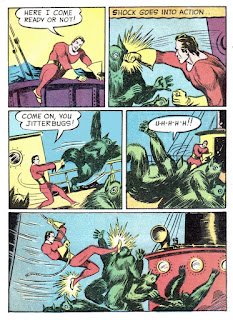 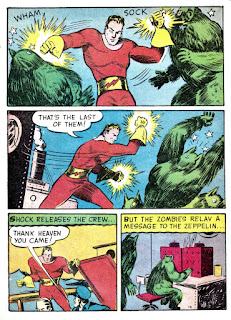 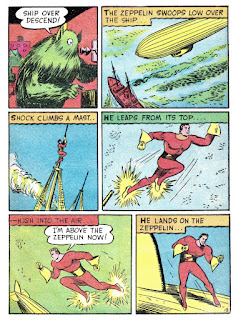 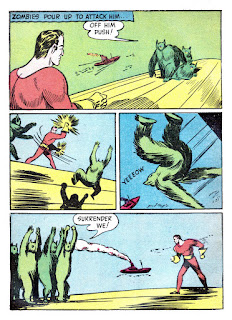 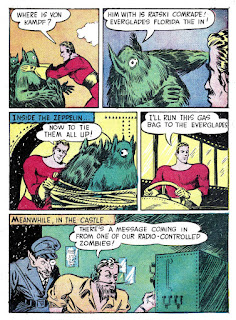 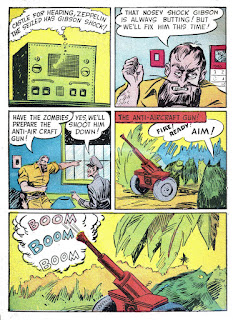 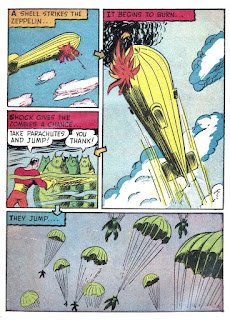 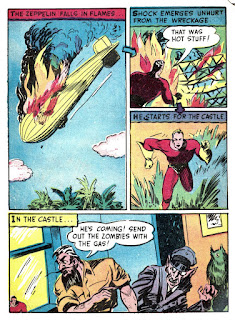 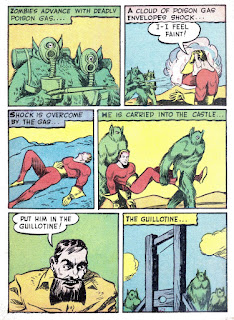 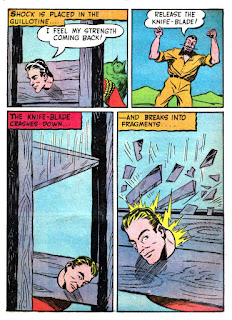 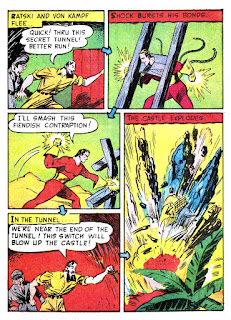 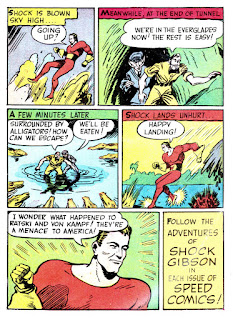 I find these comics charming. I love how unsure the artist is with the readers, offering up arrows in many cases where the paneling is obvious (I've seen much worse) and offering up tons of captions that are completely unnecessary, "The Guillotine" when the panel IS A PICTURE OF ONE!

I think you could eliminate about 90% of those captions!

I am also charmed by the basically god-like superheroes. What powers does he have? Lots! And he doesn't follow light house rules!

I really enjoyed this one!

Shock Gibson and Power Nelson just kinda blur together in my head. Steel Sterling could pretend to be one of them without my noticing. [F]lash Lightning seems barely differentiated. I guess that it comes down to there having been limited ways in which a character could be not-quite the early Superman.

Brian, I'm with you on the overuse of captions. Dialogue, also. I believe the captions that just tell us what we are already seeing are an artifact from the earliest days of comic strips. I'll guess that people were annoyed by them, also.

Daniel, I am still finding out things about comics, mainly that the people who were inventing them had never seen a superhero before until they got the gig to write and /or draw them.

I've always thought that superheroes look remarkably alike physically. Tall, muscular and Caucasian. Maybe there was a law that early superheroes had to copy one another in many ways, from the basic manly build of the character to look-alike costuming.

All of those look-alike character were what probably killed superheroes by the end of the '40s.