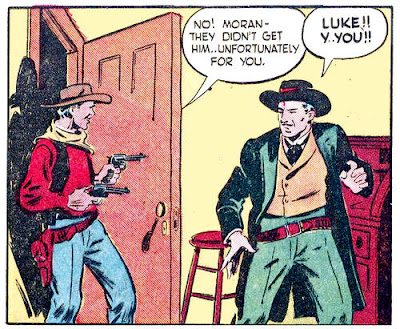 Luke Short’s name seems almost too good to be true. Short, an old West character who shot several men and killed many, if not most of them, was a short man. Maybe that is why men who were apt to pull their guns in a fight took him for an easy target. They were short-sighted.

Luke Short was something of an entrepreneur; he opened gambling dens, taverns, got into the boxing game as well as horse racing. But he also shot and killed people. Everyone has their flaws, I suppose. Short lived at the same time as well-known people like Wyatt Earp and Bat Masterson (who wrote a biographical tribute about Short after his death), but I had not heard much about him until I did a bit of research on this story from Crime Does Not Pay #29 (1943). The crime comics tried to justify showing crime and violence by having the criminal in the end get justice by being executed. They could not do much with Luke Short because he died of kidney disease, not a noose. A court found against him once for a shooting; he was fined $150 and released. You’d be selling Luke Short short if you assumed, as I did, that he was a typical Western bad man.

P.S. The Western novelist, Luke Short, used the name as a pseudonym. His real name was Frederick Dilley Glidden,

The Grand Comics Database has no idea who wrote or drew the story. 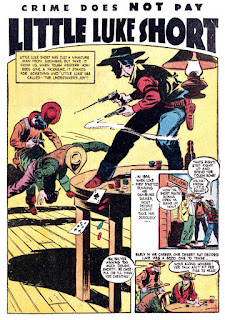 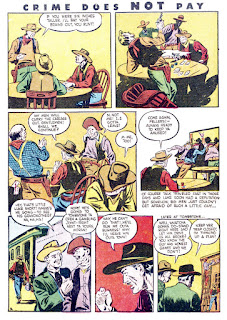 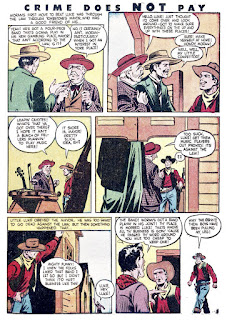 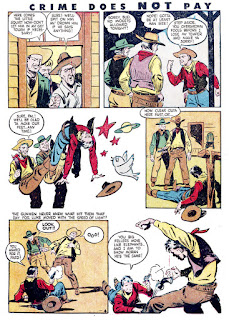 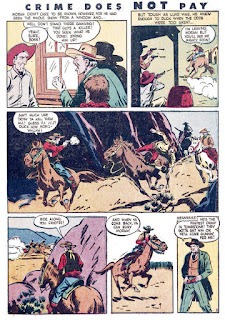 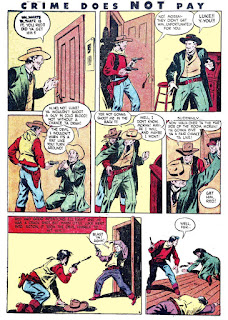 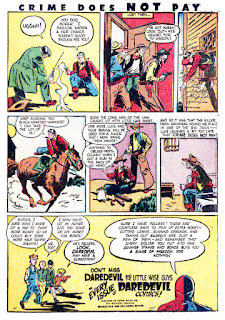 The True Crime comics fictionalized many things, and I could imagine them fictionalizing an execution for Short; alternately, they might have depicted his final days as spent in misery. Perhaps, in this case, the author simply didn't really want to depict Short as a villain. The shooting with which the story begins was ambiguously depicted — the other man could be seen to have been killed for expressing a hypothetical, but he has a gun in his hand when he's shot — and the rest are more arguably in self-defense. In general, only a very abstract version of the Crime Does Not Pay template was used, perhaps simply to shoe-horn it into that particular magazine.

I visited Tombstone once. I was a bit surprised at how small it was. It didn't seem to have much going for it beyond tourism associated with the (in)famous gunfight at the OK Corral.

Daniel, during the '90s when movies like Tombstone and Wyatt Earp were popular at the box office a friend asked me, facetiously, "Is the gunfight at the OK Corral the most famous event in human history?" If it helps bring tourists and money to a town I guess it's, well, OK with me.