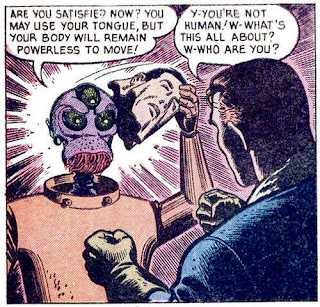 Such a day motorcycle cop Michael Reardon had. He chased a guy going too fast in an exotic car, and then ended up on Mars. He was also given the news that Mars was about to invade the Earth.

When this was published Mars was a place of the imagination. I am sure that science (without the fiction) knew that Mars was an uninhabited planet totally hostile to humans, but in comic books or pulp magazines it was still a fantasy planet where just about any tale could be told, even one as far out as this story. However, what I found most hard to believe about the tale is that Officer Reardon was allowed to stand in front of a bank of microphones and tell the Earth an invasion was coming from space. To me that is harder to believe than a motorcycle cop traveling to another planet in a Martian car. 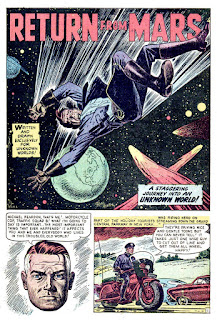 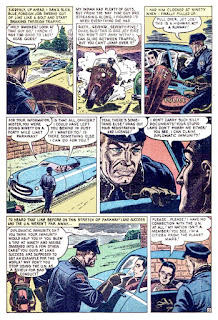 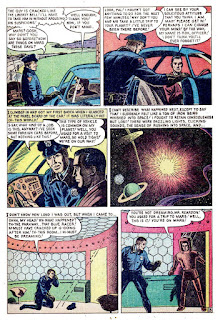 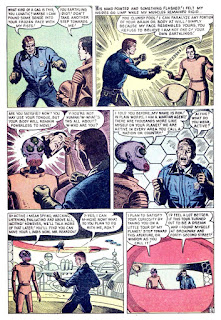 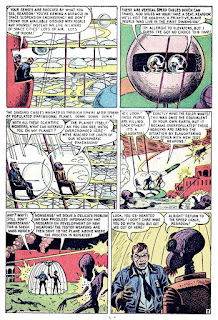 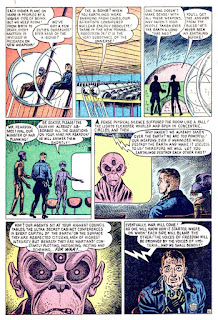 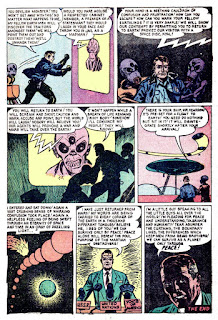 Of course, diplomatic immunity only exists when and where a state grants it by treaty to representatives of a foreign power.

The idea that the Martians couldn't just make somewhat less destructive weapons is ridiculous. If nothing else, they could duplicate Terran weapons, and mount these on superior vehicles.

Just as you say, it's unbelievable that someone of Reardon's social standing would be given an opportunity to speak to the world. And the idea of him getting that opportunity conflicts with the basic mechanics of the rest of the story.

It's really tiresome to read or hear yet another abstract call for people to unite. Almost everyone wants humanity to come to agreement, but each party wants its position adopted by the rest of humanity, and only a small share entertain thoughts that perhaps they should significantly change their own positions. (I've encountered people who acknowledge this much without understanding how this creates an obstacle to harmony!) Few people are actually willing to use reason; some explicitly mock it, while others practice a cargo cult imitation of it.

Another gem I never saw before. Phew..chilling SF.