Number 2405: Flash, Dale and Dr Zarkov after the war 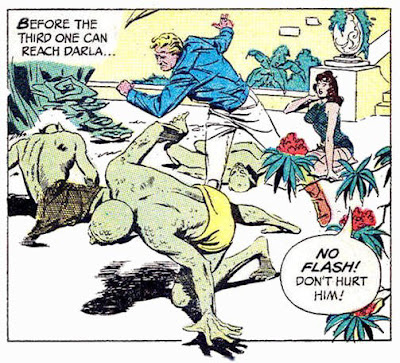 We are given a timeline in the splash panel for this Flash Gordon story. The first line of the caption tells us it is just after World War II. Flash, Dale and Dr Zarkov have returned to Earth from the planet Mongo to find our species has developed powerful weapons that can destroy the planet. It is a reminder to us that it has been almost 3/4 of a century since nuclear bombs were used in war, and hopefully it will never happen again. We have been living under that threat ever since.

That aside, the comic book today’s story comes from, Flash Gordon #1, was published in 1966 by King Features Syndicate, which had published the character in its newspaper comics lineup since the 1930s. It had affected the life of young artist, Al Williamson, while growing up, and helped inspire him to a career both in newspaper comics and newsstand comic books. The late Williamson usually worked with other people on his comics, and in this story of an undersea kingdom Roy G. Krenkel helped by drawing the architecture of the underground city of “Krenkelium.” Despite what I read as something of a worn science fiction concept, people living underground, I believe the artwork saves it. 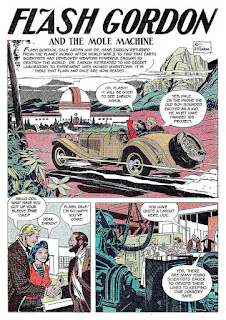 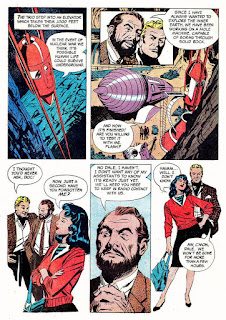 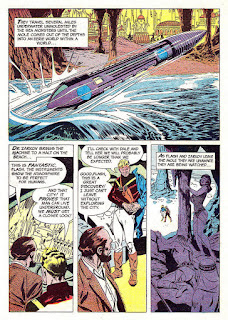 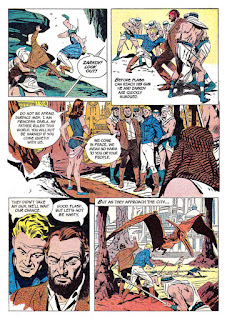 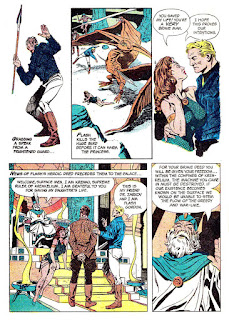 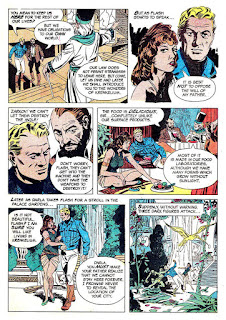 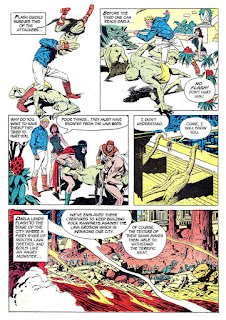 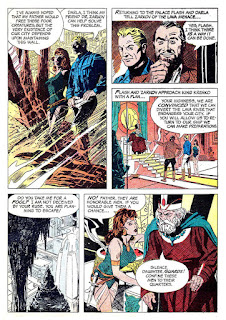 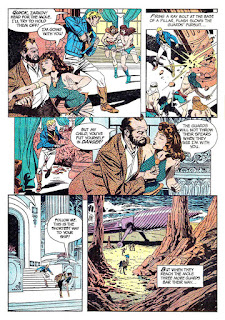 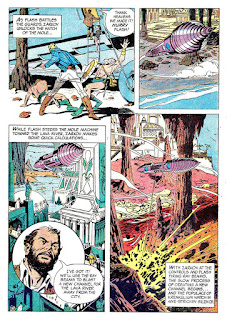 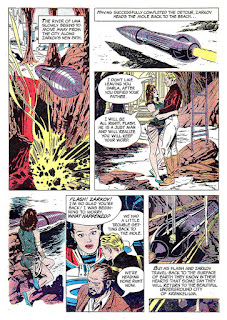 Buster Crabbe starred in an audio adaptation of this issue...
https://www.youtube.com/watch?v=Pt2q2UAVVEA
Perfect to listen to while reading this comic!

One of my favorite comics from when all I had to do was go to school, take care of a few chores, and read comic books.