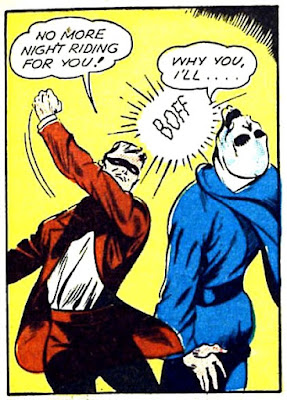 Captain Glory was short-lived in Harry “A” Chesler’s Punch Comics. He appeared in issues #1 and #2, then #12, a reprint of #2. Three issues, two stories. It could have something to do with a non-super hero G-Man wearing a domino mask a la the Spirit. J. Edgar Hoover’s usual scowling face would have gotten even more scowly if he’d seen “G-Man” Captain Glory. This story is the reprint from #2 (1942), scanned from issue #12 (1945).

So why show it? Well, because I like the skeleton costumes the bad guys wear. Publishers have known since sales trends were tracked that images of sex and death sell magazines, books, and comics. The cover by Gus Ricca, rendered in a pulp magazine style, is an especially good example of a symbolic death’s head cover 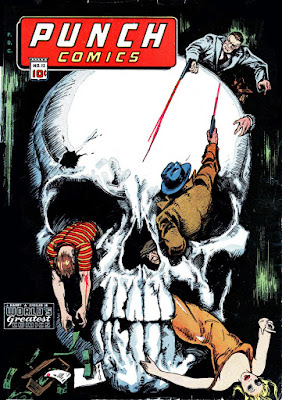 The Grand Comics Database has no artist listed for the story, but it may have been worked on by various hands from the comic art shop Chesler headed. His shop also provided art for other publishers, including Fawcett. 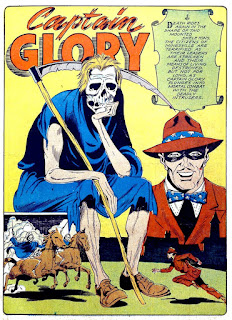 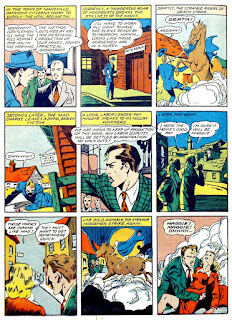 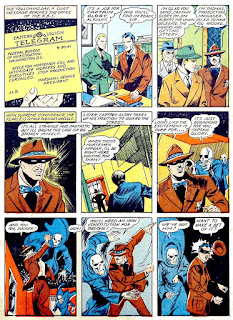 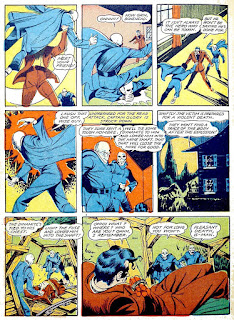 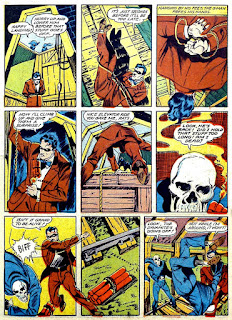 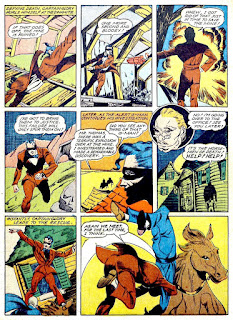 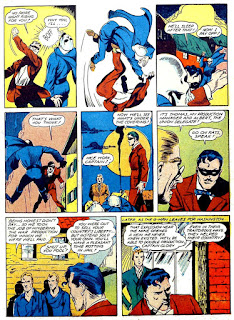 Jack Kirby would also draw a character called Captain Glory, more along the lines of Captain America - this was when he was working for Topps in the '80s and rehashing his earlier creations.

All right, I get it, I'm going out to put out flags and start building a tank for the war effort right now!

That cover is great; probably lifted from many other pulp covers. There's a couple wonky things in it (the gangster at the top is holding his gun in a pretty strange manner) but it's a striking cover with a big chunk of white centering it.

Hey, Captain Glory, carry a gun, you're a g-man! The comic would have been over by page 2!

That is one hell of a great crime comic cover!

Thanks for sharing this. I'd never heard of Captain Glory before.