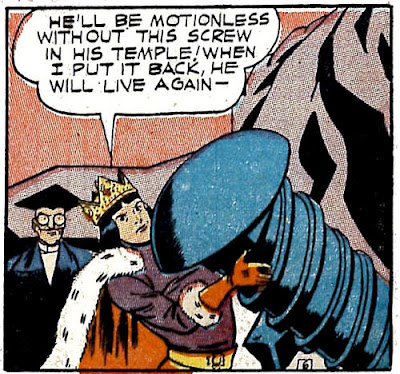 Boy King and his Giant was an original — if not outright screwy — concept headlined in Hillman’s Clue Comics. Here is what Public Domain Super Heroes has to say about the feature:

“David was the young King of Swisslakia, a Central European kingdom somewhere in the Alps (the map in Clue Comics #1 puts it about where Switzerland should be). When the Nazi forces attacked his kingdom, he unearthed and activated a Golem-like statue that was supposedly built by Nostradamus. Now you would think that he would use it to beat back the Nazis and assert his nation's sovereignty but, David had different ideas. He left Swisslakia with its entire population in tow and used the Giant to transport them to United States. Once there, he abdicated his throne and allowed his citizens to become citizens of United States. The fact that he effectively dissolved Swisslakia as a nation didn't seem to occur to the young ruler.”

“Golem-like. Nostradamus.” Well that disposes of any religious angle, since the original Golem of folklore was created in 1580 by Rabbi Loeb in Prague “. . . with divine help, using Kabbalistic formulas communicated to him in dreams. ”*

I like the part about the screw in the Giant's head. The person who puts in the screw controls the Giant. I don’t think I am giving too much away to say the villainous Crane had control of the Giant and then Boy King got it back. When he unscrewed and re-inserted the screw he re-booted the Giant. 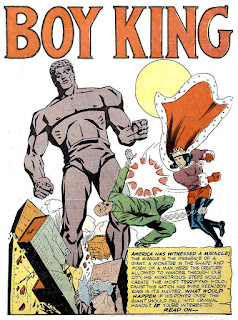 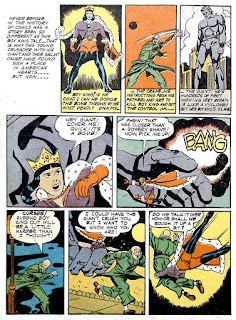 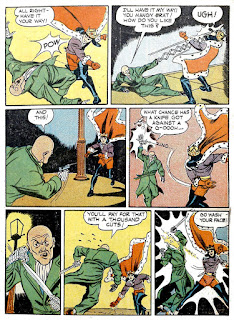 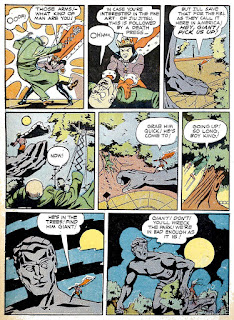 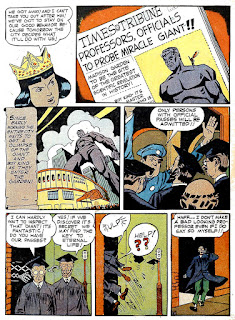 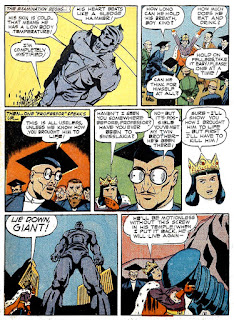 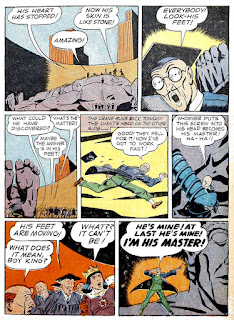 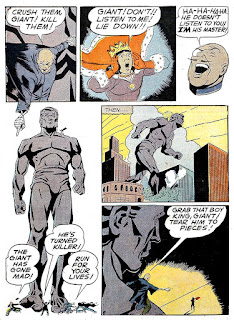 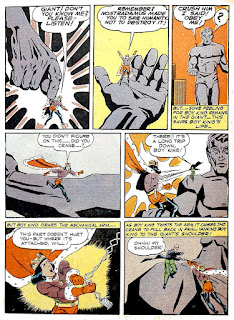 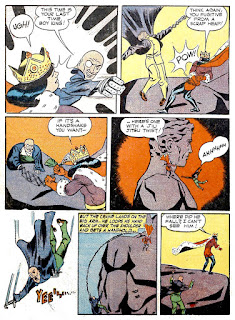 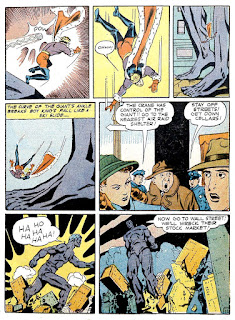 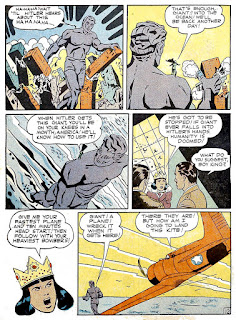 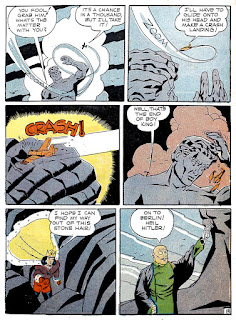 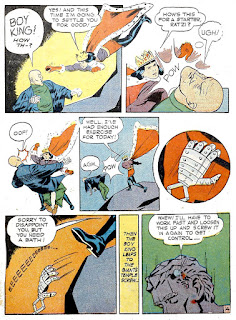 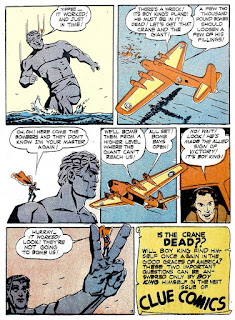 *Read the fascinating story of Rabbi Loeb and the Golem in this entry from Encyclopedia Mythica.

Boy King and the Giant from Clue Comics #1. Just click on the thumbnail. 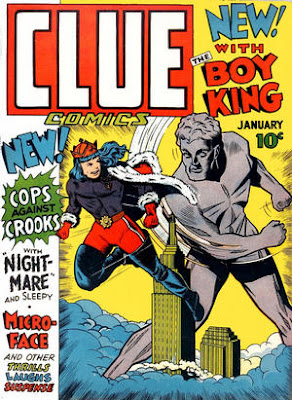