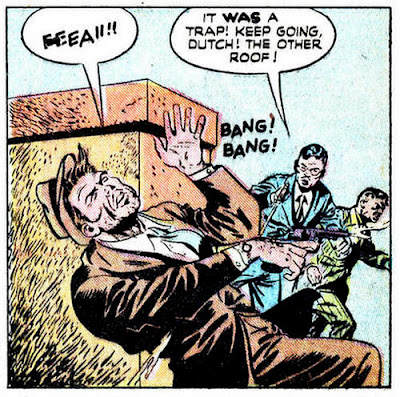 For day two of Pappy’s Crime Wave week (see yesterday's post for an explanation) we have the standard crime comic; i.e., what most people, especially censors, bluenoses and joykillers, meant when they pointed at something and said, “That's a crime comic!”

Crime and Punishment #1* came out in late 1947 and became the companion publication to the standard-bearer of the genre, Crime Does Not Pay. The publisher was Lev Gleason, the editors Charles Biro and Bob Wood, just like Crime Does Not Pay. We find the same kind of contents in the latter magazine as we do in the former...panel after panel of lurid criminal acts and in the last couple of panels some sort of moral and the criminal’s just due. He (or she in many cases) either ended up on the gallows, in the electric chair, or died a violent death by either cops or fellow crooks.

The contents of crime comics varied with American crime mixed in with crime in other countries. In this case we see Dan Barry’s great artwork on “Danny Iamasca, Dutch Schultz’s Triggerman” and Jack Alderman’s ink-heavy art on “The Butcher of Düsseldorf.” A note about crime comics: Their use of the word “true” doesn’t mean their version of truth got in the way of telling a good story. Truth may have figured in there somewhere, but not at the expense of cheap thrills. An exception might be made in the case of Peter Kürten, the Butcher of Düsseldorf (also called the Düsseldorf Vampire). His many crimes were so depraved the scripter and artist restrained themselves in telling the story. And that’s the truth. 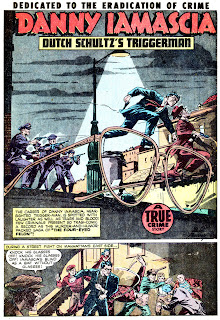 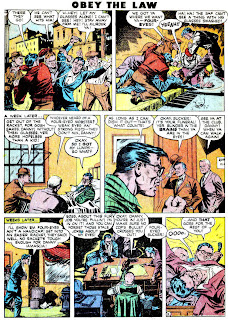 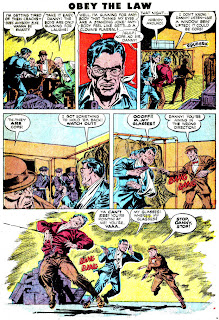 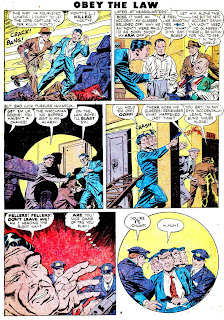 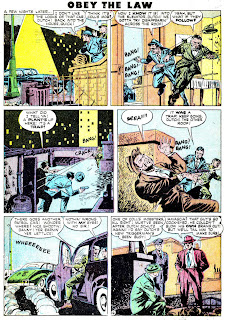 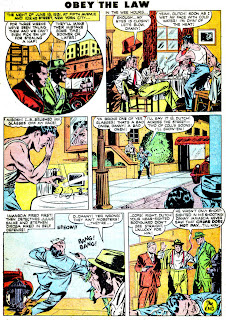 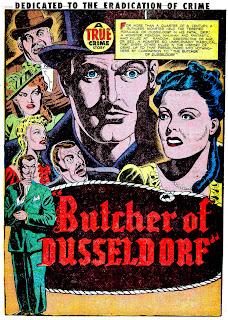 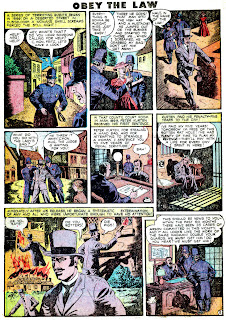 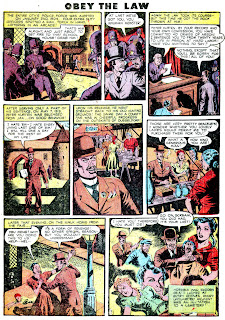 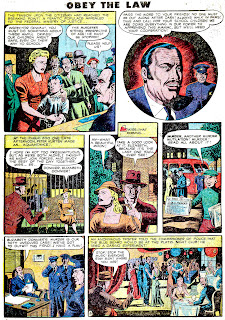 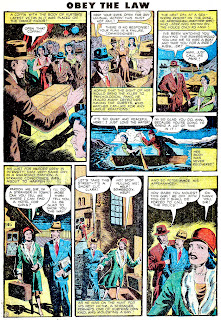 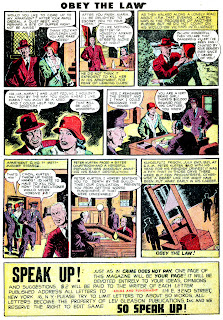 C.H. Moore had a regular gig doing these informational pages. They were quite good. Moore used a style perfected by sports cartoonists in newspapers and also in the famous “Ripley’s Believe It Or Not.” 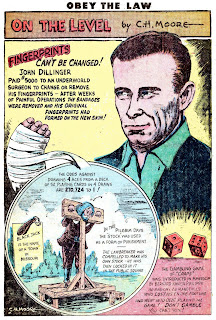 *There’s internal evidence that the title of the comic was originally Obey the Law but was changed to Crime and Punishment during production.

Now that's some serendipity; wikipedia says Kürten's dissected and mummified head is in the Ripley's museum in WI!

The Kürten comic is certainly an interesting one, it make his crimes seem almost sanguine in comparison to a guy that beat people to death with a hammer, molested children, and said his number of stab wounds varied with the time it took him to reach organism.

Wertham should have took that into consideration!