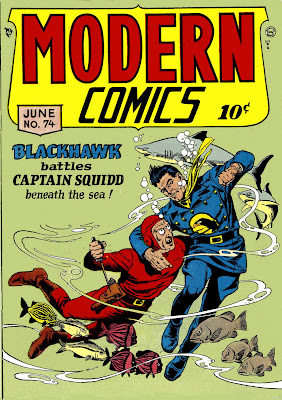 Blackhawk battles the pirate Captain Squidd in this well-drawn tale from Modern Comics #74 (1948). Art is by Reed Crandall, and according to the Grand Comics Database, the inking is supplied by Chuck Cuidera.

The story answers a question about the Blackhawks — boxers or briefs? We see in the panels of them lounging on the beach and swimming in the waters surrounding Blackhawk Island that to a man, Blackhawks wear boxers. Make a note of that in case it comes up sometime as a trivia question.

I’m also including a funny Torchy story by Bill Ward from the same issue. It’s got less glamor than the usual Torchy story; even though she’s hoofing in the hills on her stiletto heels we don’t get any lingerie  or negligee panels (unless shots of stocking tops count). Instead we have a hillbilly setting to provide some comedy. 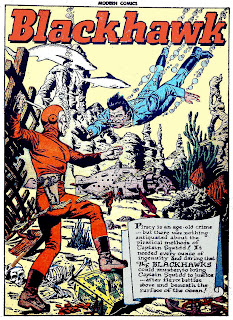 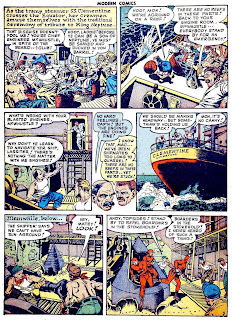 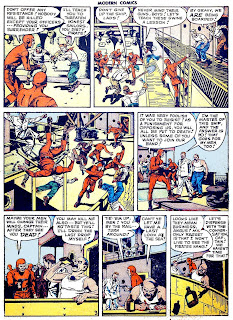 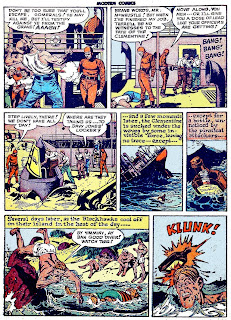 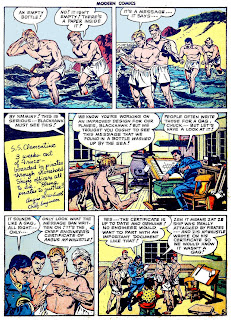 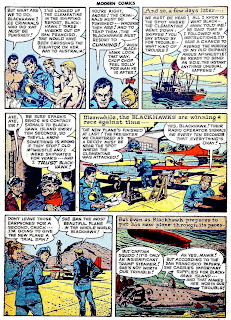 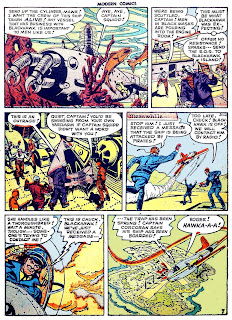 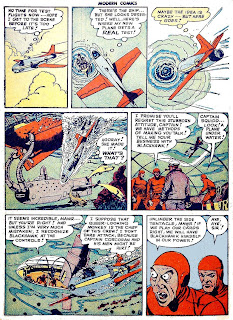 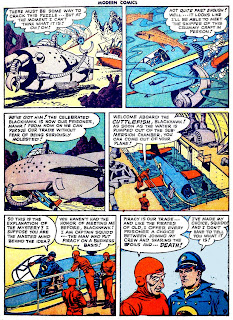 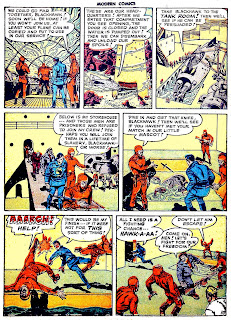 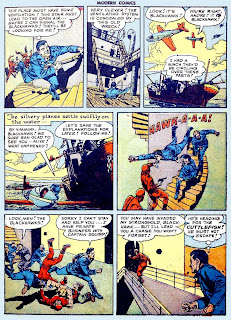 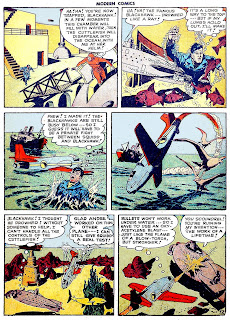 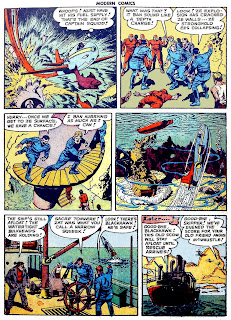 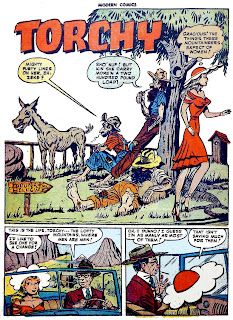 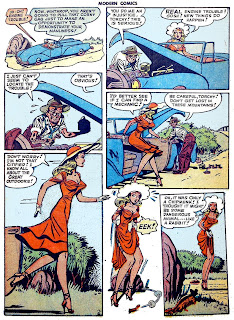 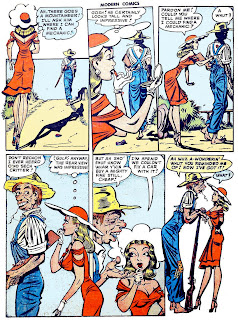 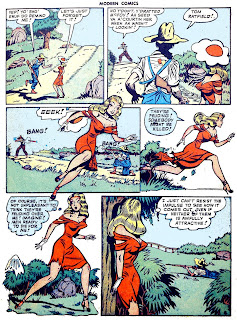 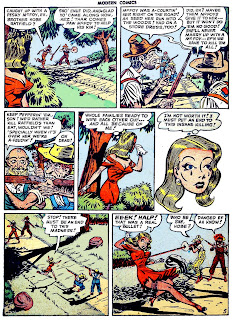 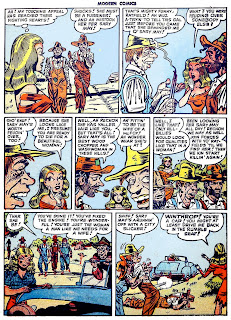