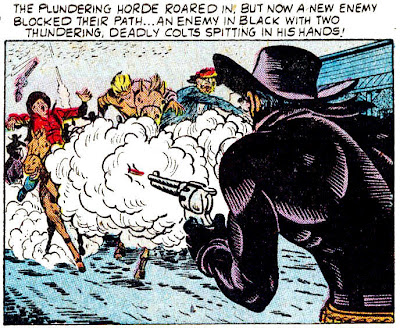 I think it interesting that a Black Rider storyline from consecutive issues of his title straddled the pre-and-post Comics Code eras. Black Rider #27, dated March 1955, was the last before the Code was implemented. The comic book’s title changed to Western Tales of Black Rider with #28, dated May 1955, and carried the Comics Code seal. “The Spider Strikes” and “The Return of the Spider” show some differences.

In the first story, a dead man has a large and hideous brand of the villainous Spider on his back; in the next story the brand has been changed to a very small black image of a spider on the chest of a victim. (I'm less surprised at that change than I am that they were allowed to show a dead man.) Mention is made in issue #28 by Black Rider that whomever had been living in the cave he was exploring shared it with a skeleton, but a crude crosshatch has been inked over the skeleton, so it can barely be seen. There are a couple of other minor things that I’m reasonably sure the Code demanded.

The penciling for both stories is attributed to Syd Shores, who had a long run on the character. Inking for “The Spider Strikes” is attributed to Chrisopher Rule, with no guesses for the inker of “The Return of the Spider.” 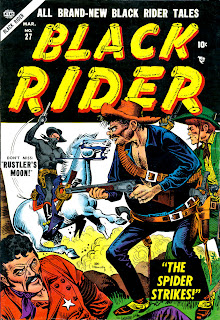 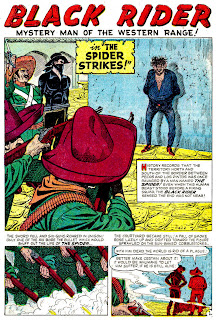 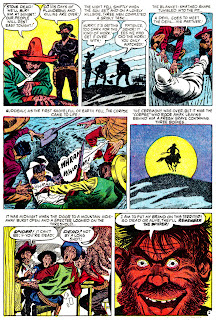 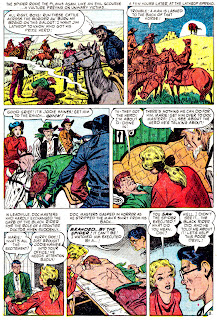 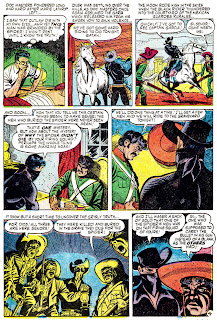 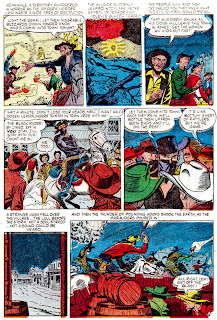 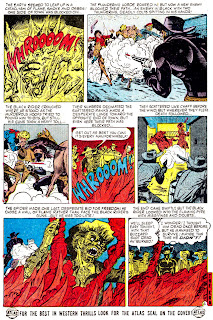 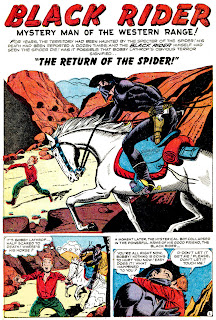 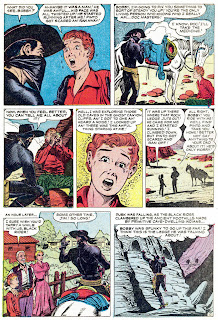 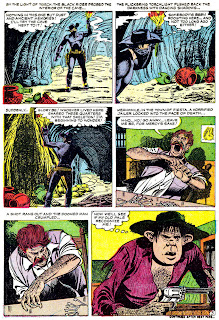 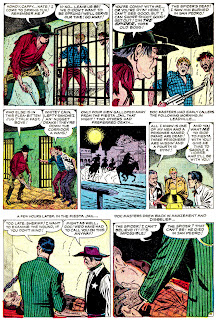 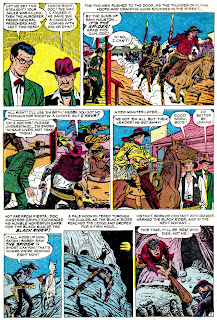 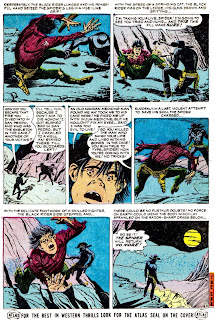