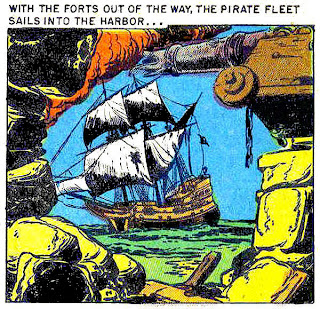 Pirates Comics was a short-lived attempt to make pirates the stars of their own comic book series. It didn't work. Pirates Comics, published by Hillman in 1950, sank to Davy Jones' Locker after four issues. 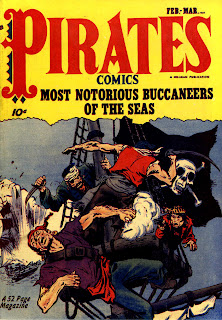 The first issue had a couple of nicely illustrated stories by artist Mike Suchorsky, which I'm posting here.* Suchorsky is an artist whose history I've found difficult to research. Google Mike Suchorsky and you come up with a current musician (and who knows, he could be a relative of the comic book Suchorsky), but information on the earlier Suchorsky is sparse. Here's what I remember from my reading over the past few years: Suchorsky worked in comic books in the '40s and early '50s, before being killed in a boating or fishing accident. When word got out that he had died he was relatively unknown, even within the comics community, and some thought it was Mike Sekowsky who had succumbed.

What we have are stories identified by comic book art spotter-general, Jim Vadeboncoeur, Jr., pointing out those stories drawn by Suchorsky. Suchorsky was a skilled illustrator, someone you would think would have been working in advertising, magazine illustration, or at the very least his own syndicated comic strip. We'll never know because he died early.

If anyone can shed any more light on this artist please write me. I am interested in knowing more and passing along any information to my readers. 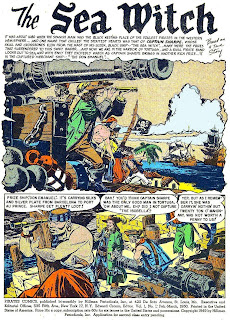 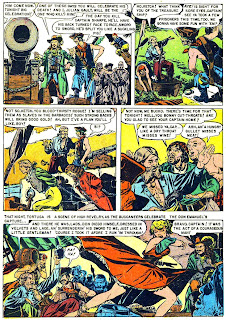 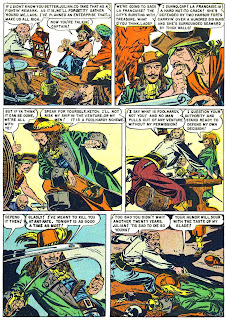 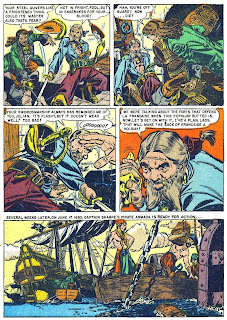 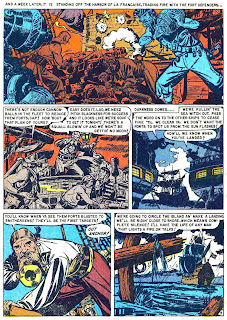 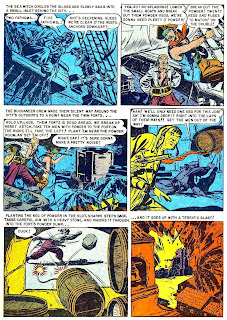 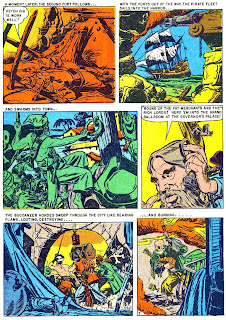 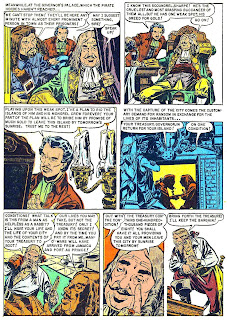 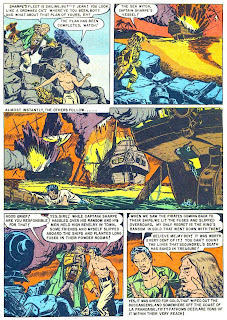 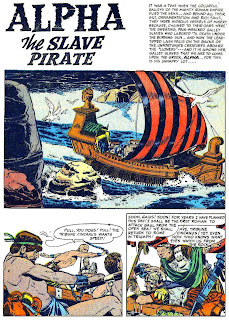 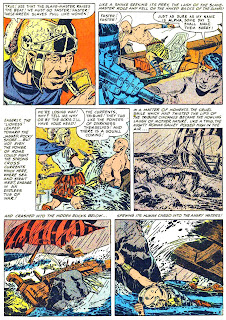 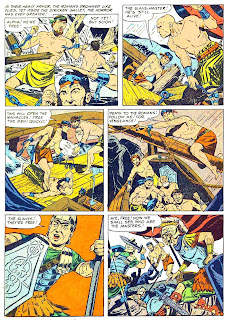 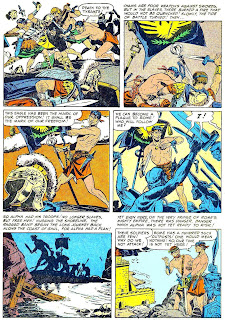 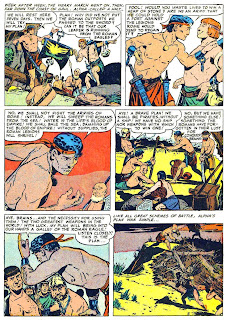 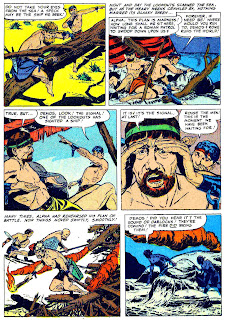 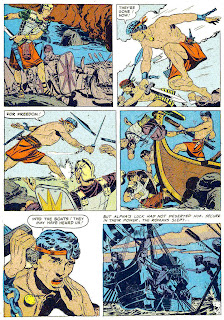 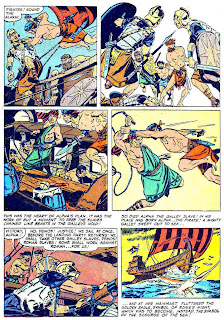 *"Sea Witch" is by an unknown scripter, but "Alpha, The Slave Pirate" is written by Jack Oleck, according to the Grand Comics Database.
Posted by Pappy at 12:08 AM

“The Sea Witch” has an odd mixing of guided and free-hand lettering.

In any case, it's as a shame that these stories weren't given a better printing job.

That certainly was interesting, I never knew there were any anthology comics about pirates except for EC's 'Piracy'.

The first one was somewhat odd in how it set up Gault to be a main character only to kill him off. The second one is interesting though in that it takes place in Roman times, whereas most pirate stories are set in the 15-1700s.

Daniel, it's the curse of old comic book printing and trying to make the scans presentable. All pages I work over present individual challenges.

These are especially interesting in light of Allan Moore's conceit in Watchmen that, in a world with real superheroes, the comic books feature pirate stories.
Thanks!