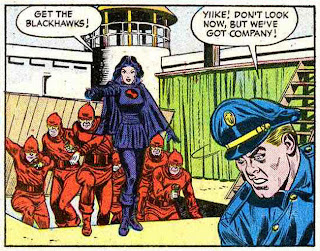 There’s a panel on page three of this tale from Blackhawk #94 (1955) that shows how disconnected comics could get between visuals and scripting. Although the Blackhawks’ jets are screaming away from an airfield, a mechanic is shouting, “Hey, Blackhawk, I wanted to ask you...” His buddy says, “Let him go, Sam!” as if there was a way to call Blackhawk back.

(I can just visualize artist Dick Dillin's first encounter with that panel in the script, exclaiming, “....Wha---?!”)

Blackhawk and his fellow soldiers of fortune have just captured the villain, Mogreb, who has hidden the plans for an “atomic ray machine” and won't say where they are. He's sentenced to hang at noon by a judge who presides in a court in whatever unnamed country the story takes place. In the aforementioned strange panel on page three the second mechanic says, “Blackhawk hates capital punishment,” and in the very next panel Blackhawk says to his men, “I’m not mooning over Mogreb's hanging! He deserves to die!” 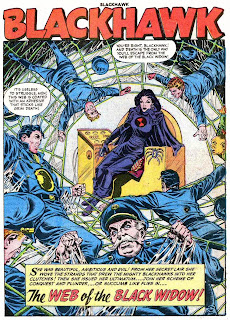 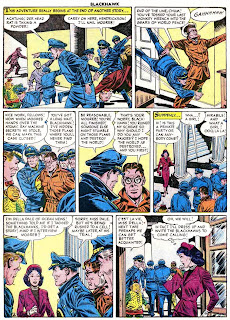 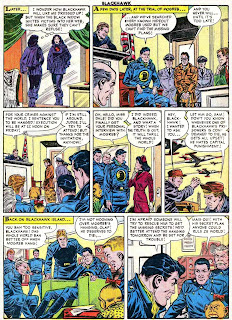 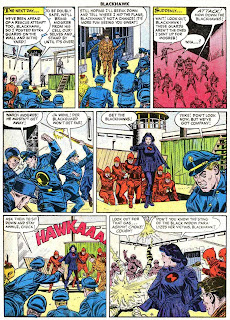 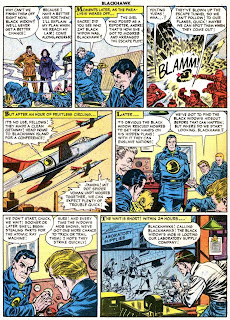 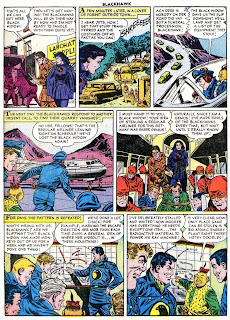 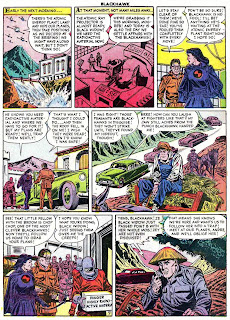 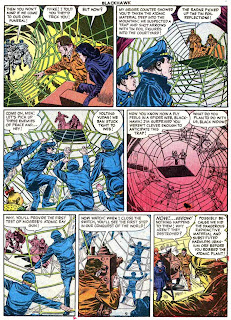 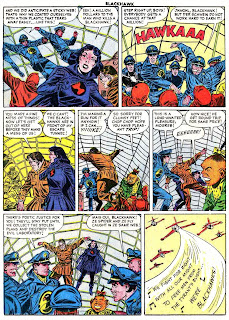 Man, I really like the Blackhawks of that period and this is one that I don't have, so - yay!

Me too, Chuck. Love those Blackhawks! Thanks for your note.

I'm surprised no one mentioned this Black Widow costume's resemblance to the Lady Blackhawk outfit that Zinda Blake debuted in Blackhawk #133 (Feb 1959)?