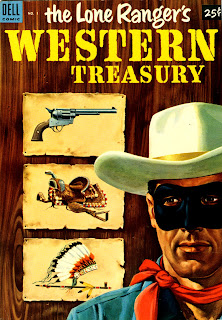 
Origin of the Lone Ranger

The comic book Lone Ranger, drawn since Lone Ranger #38 in 1950 by Tom Gill, used Clayton Moore and his television costume as the basis for his image of the masked man. Gill had a solid cartooning style, which conveyed the feeling of the Old West.

I showed Gill's first Lone Ranger story in Pappy's #754, where you can read more about the artist. 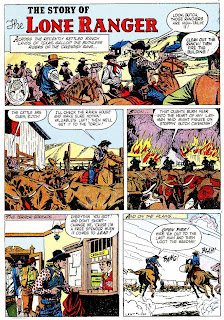 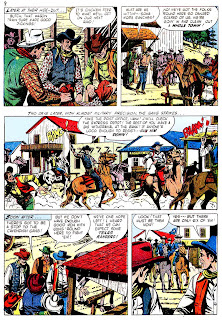 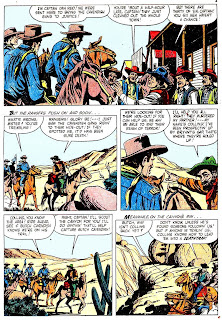 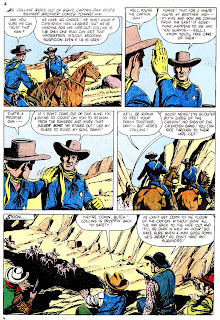 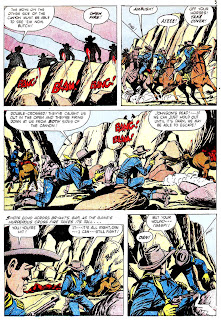 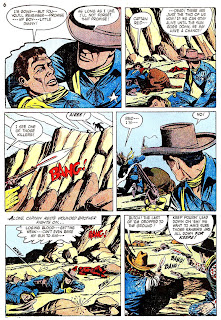 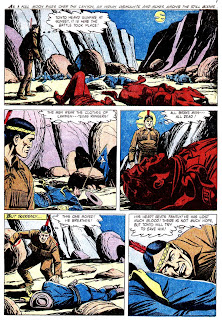 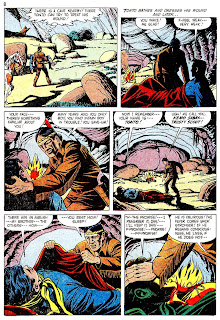 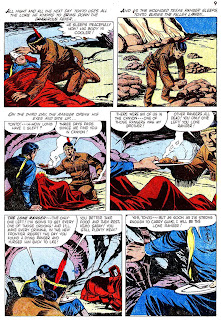 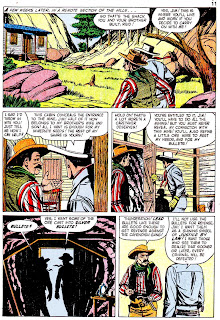 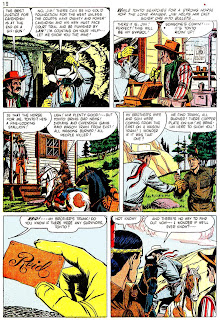 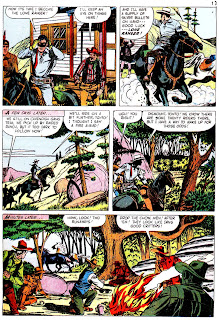 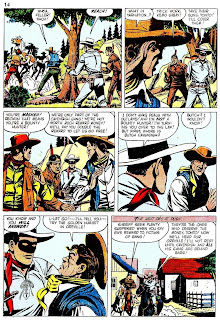 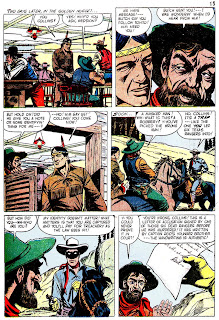 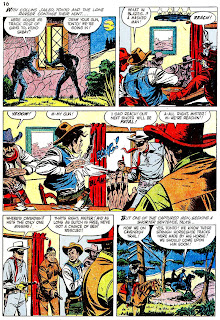 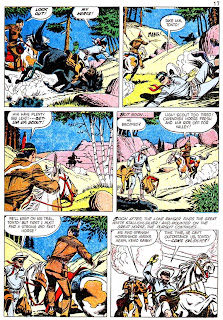 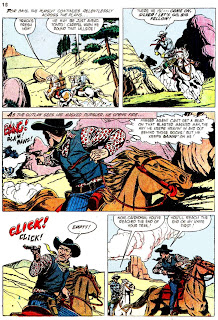 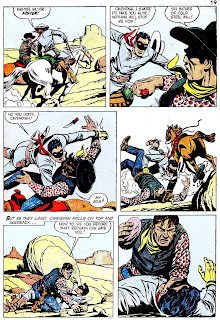 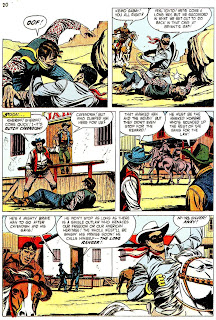 For so many atomic age comic book kids, Tom Gill's Ranger was THE Lone Ranger. So many perfect examples of why are in this story. Ramrod straight (without looking stiff) and solid as a rock. Noble.

Mykal, thanks for reminding me that Paul S. Newman wrote the scripts. I should have mentioned it.

I really enjoyed this comic about the origin of the Lone Ranger. I have been reading your classic comics for a while now, just wanted to thank you. It's great.

Pryorguy, thanks for your note, and you're welcome.

I read a truncated version of that comic, as an insert in the packaging of the Lone Ranger doll my parents bought me as a child. It's great to read it full all these years later. Thank you Pappy for posting that.

Thanks very much for this post. I am an artist and Tom Gill's art has been a great influence (and still is) on me this last fifty years. I may even think about it when I am dying.