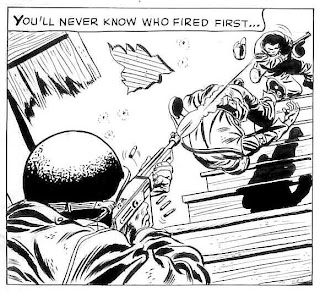 
Today is Veteran's Day in the U. S., honoring all who have served in the armed forces of the United States. That's a lot of veterans, and includes me.

For the occasion we've got a couple of special war stories, one story from Our Army At War #8, 1953, written by Robert Kanigher and drawn by Irving Novick. It's in the form of the original art taken from the Heritage Auctions site. I also took the other story from Heritage, which harkens back to an earlier era of conflict. It's from the next-to-last issue of Tomahawk*, #139, 1972, written by Bob Haney and drawn by Fred Ray. Ray, who had drawn Tomahawk for years, was an expert on the Revolutionary War period, and looks like he could handle the Civil War period, also.

These stories are dedicated to my fellow veterans, and to those serving now. Thanks to all of you! 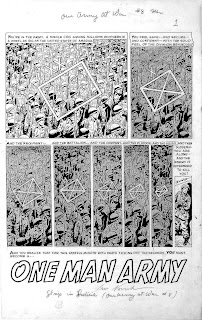 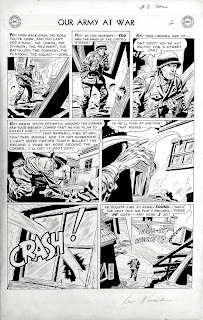 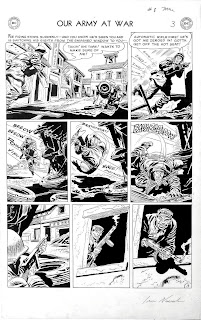 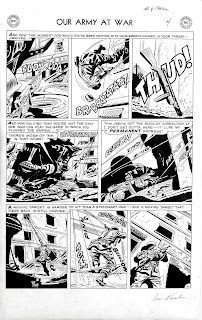 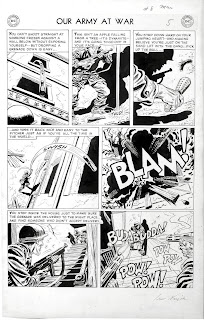 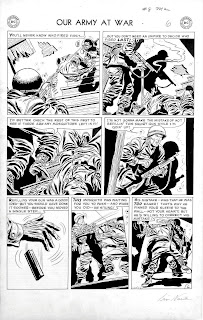 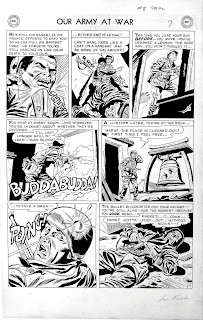 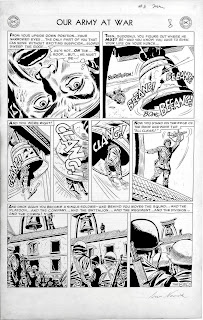 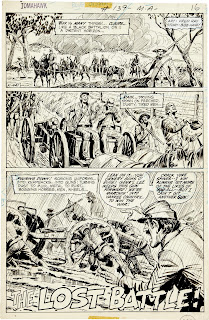 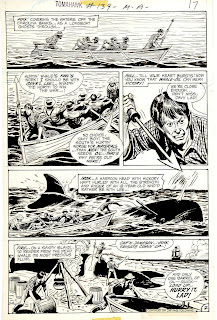 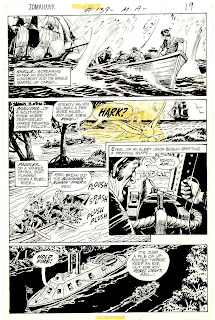 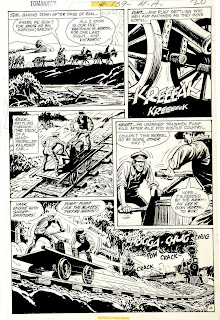 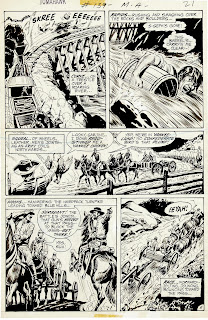 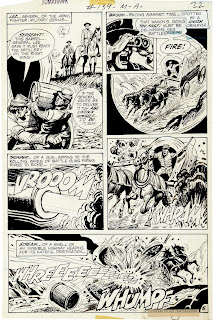 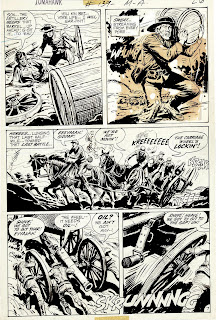 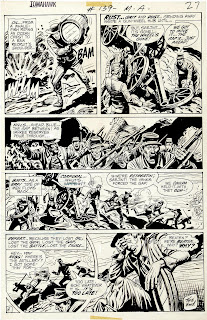 *The cover logo says Son of Tomahawk.
Posted by Pappy at 12:08 AM

I always wondered who did this story, because it has some Gene Colan manarisms, but not enough. Novick was a creative sponge, picking up inlfuences left and right.

To be serious for a moment, thank you for your service, Pappy. America is nothing without our veterans