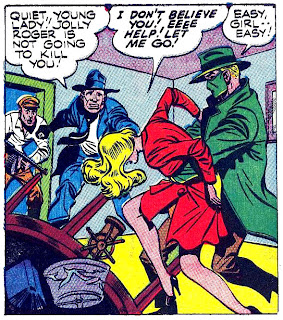 The Green Hornet and Jolly Roger


A couple of days ago I showed you a Lone Ranger story, so it seems appropriate to show you a Green Hornet story. They came out of the same creative studio, brought to life as radio shows by George W. Trendle and writer Fran Striker. The Lone Ranger pre-dated The Green Hornet by a couple of years, with Green Hornet going on the air in 1936.

The Green Hornet character, Britt Reid, is actually the Lone Ranger's great-nephew, being the grandson of the Lone Ranger's brother. Now that we have the genealogy down, the other particulars are that Britt Reid and his faithful servant, Kato, motor around in a technologically advanced car, the Black Beauty. They are vigilantes by night; Britt is a newspaper publisher by day. 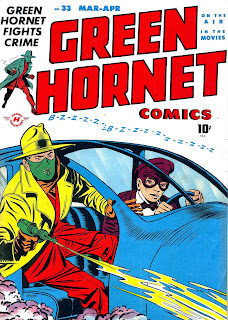 Speaking of genealogy, the Green Hornet has a long history in comics, besides having appeared on radio, in movie serials, a television show and a Seth Rogen movie from 2010. Several companies have published comics about the character. Harvey had a successful run in the 1940s. This issue, #33, which came out in 1947, is the last of the series titled The Green Hornet. The next issue it became The Green Hornet Fights Crime (crime comics having come into their own about that time). That lasted ten issues.
Al Avison, who had worked in the Joe Simon/Jack Kirby studio, drew this story of a modern pirate. In the early 1950s he drew some great early horror comics covers, before Harvey's horror comics became so infamously horrible (horrible-good, not horrible-bad, there's a difference). Throughout the 1950s Avison was busy doing covers and spot illustrations for comics like Dick Tracy Monthly, mimicking Chester Gould, and also Ham Fisher's Joe Palooka comics, where in addition to covers Avison did features like Little Max and Humphrey. 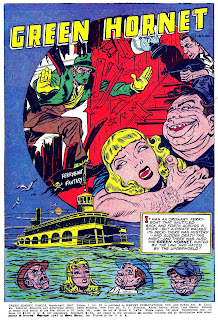 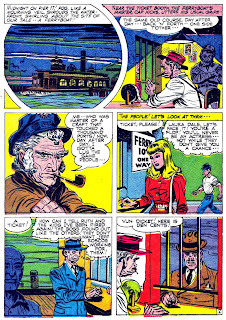 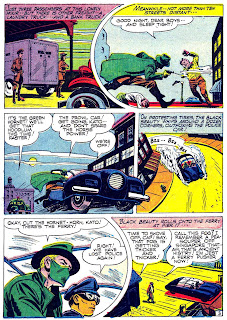 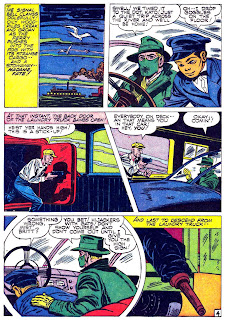 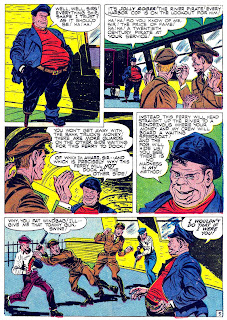 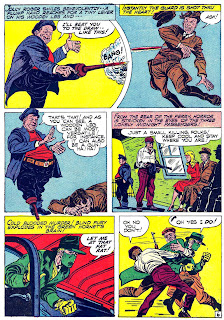 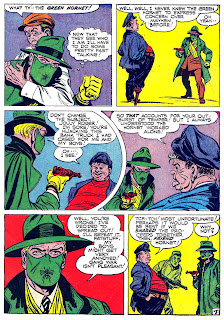 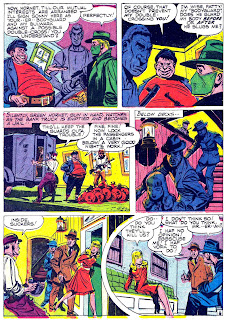 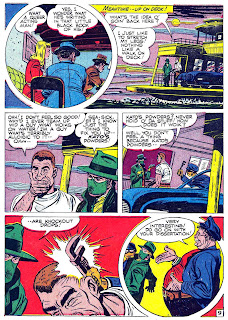 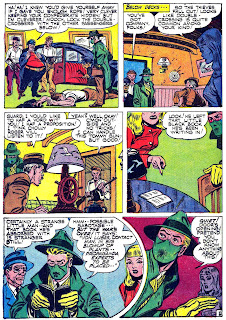 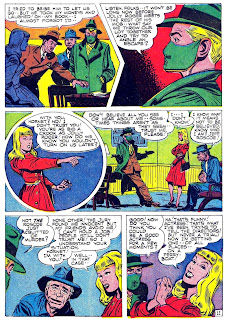 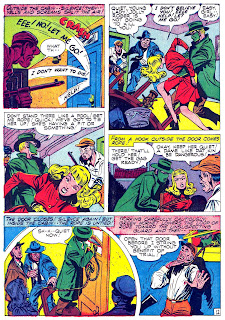 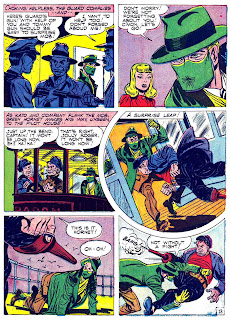 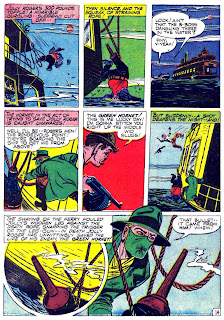 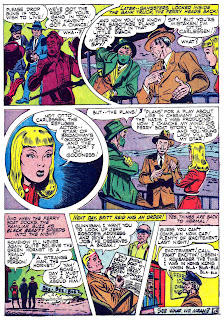 Thanks, Daniel. It's been a while since I heard from you.

I'm gonna stitch you right up the middle wid slugs!

I'm not surprised he came out of Jack Kirby's studio. Looks a lot like Kirby's '40s style. But I'm not an expert, Pappy. Maybe you can see something different in it.

Kirk, what I see is a guy working in a Kirby-like style, but Avison was a good mimic. He showed his skill by doing comic books in Ham Fisher's style, or covers in Chester Gould's, not to mention all of the other art chores he did for Harvey.