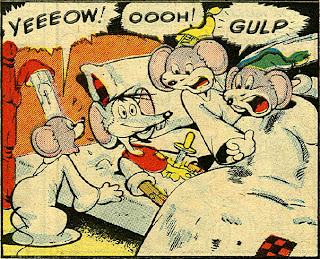 
DC had two sets of characters called Three Mouseketeers. The first was introduced in Funny Stuff #1 in 1944, and was a takeoff on Alexandre Dumas' famous literary characters. The second set was introduced in 1956, drawn by Sheldon Mayer, who had edited the first series. It was more contemporary, featuring a sort of Tubby and his Clubhouse Pals, mouse style. The characters, Fatsy (also called The Captain), Patsy and Minus were the Mouseketeers.* 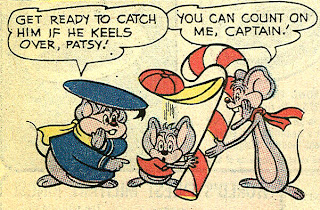 This unnamed story is from Funny Stuff #6, Fall 1945. At the time it was published by Max Gaines' former division of DC Comics, All-American. By Funny Stuff #7 All-American and DC had kissed and made up, then reunited. From there Max Gaines went on to create EC Comics. 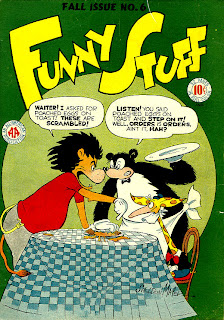 The fine artwork is unsigned, although the Grand Comics Database credits it to Ron Santi, who signed the "Bulldog Drumhead" strip in the same issue as R. Santi . "The Three Mouseketeers" episode seems a morbid story for a kids' funny animal comic book, but then as now, murder is entertainment. At least in this story the murder victim wasn't really a victim, or even murdered. 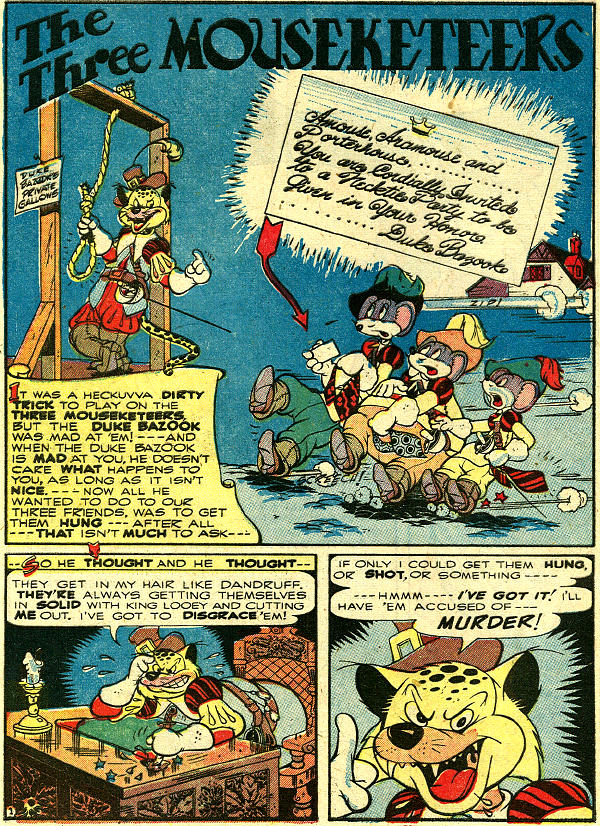 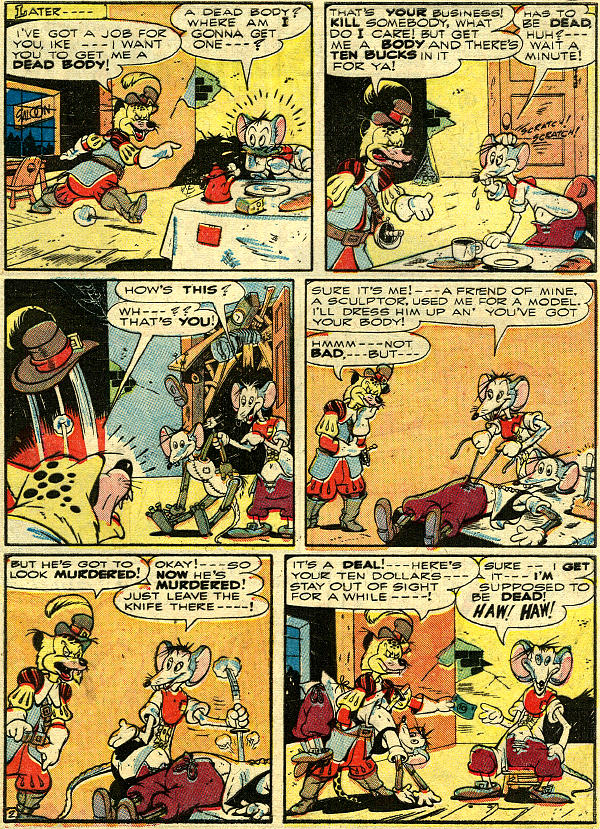 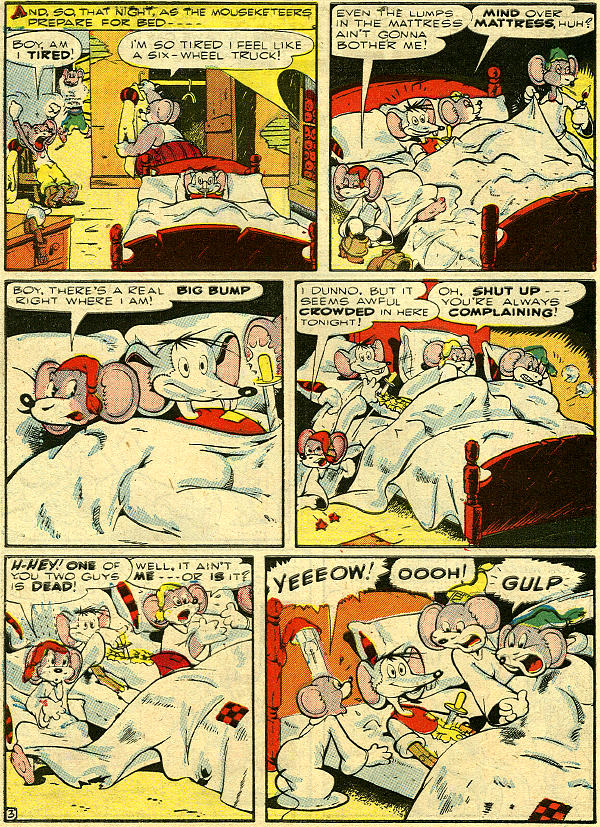 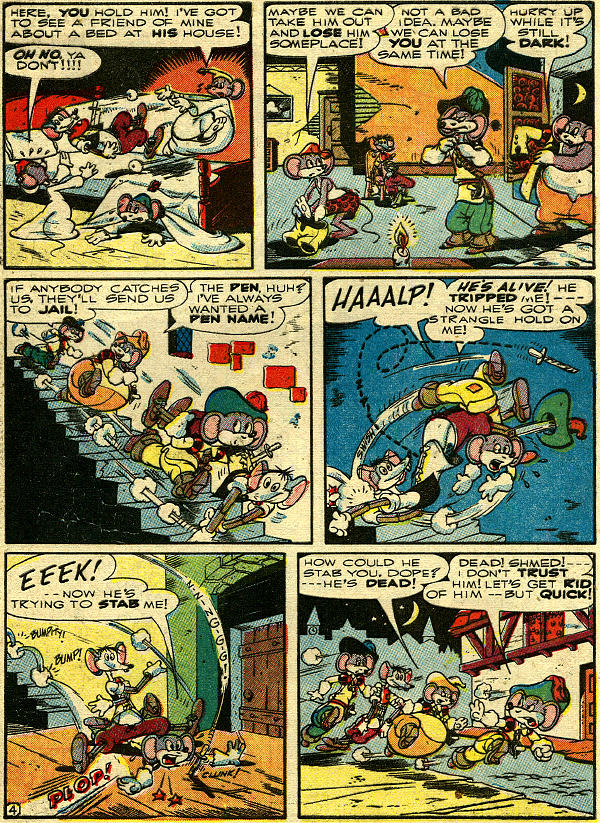 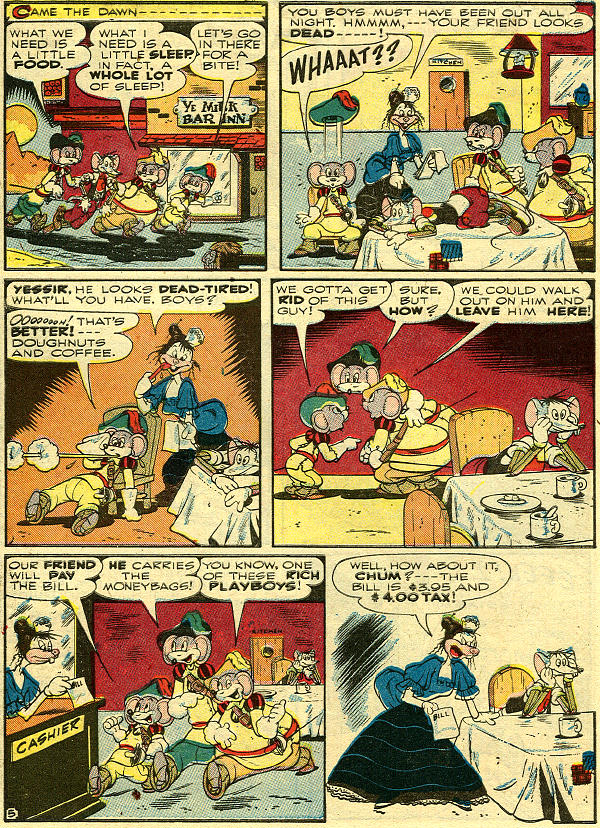 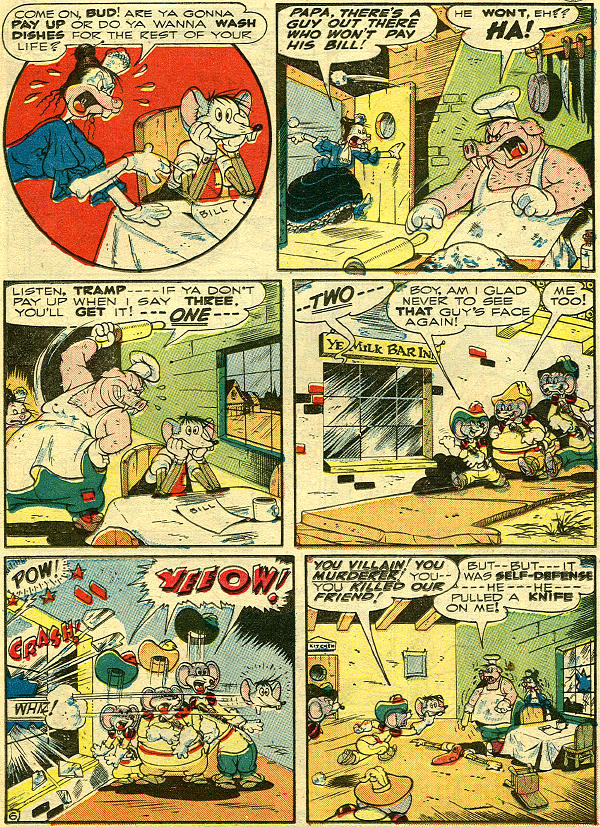 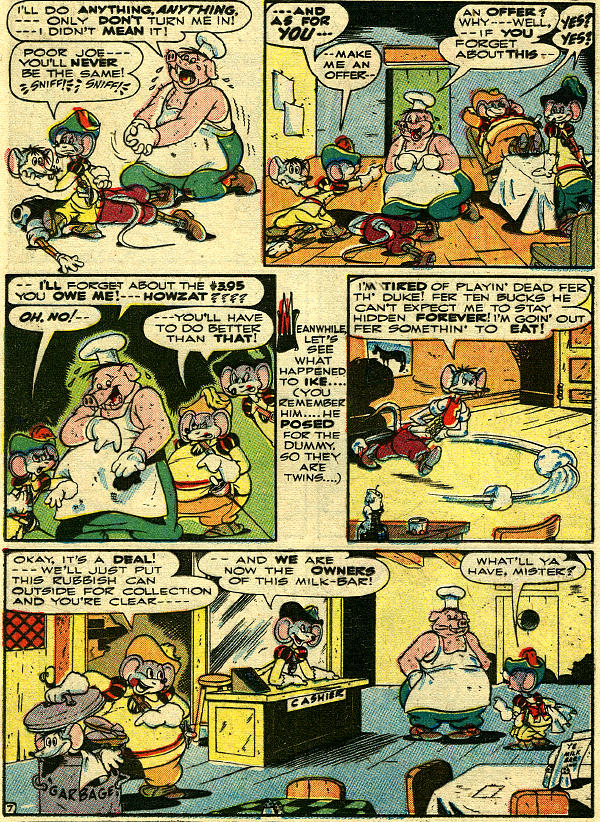 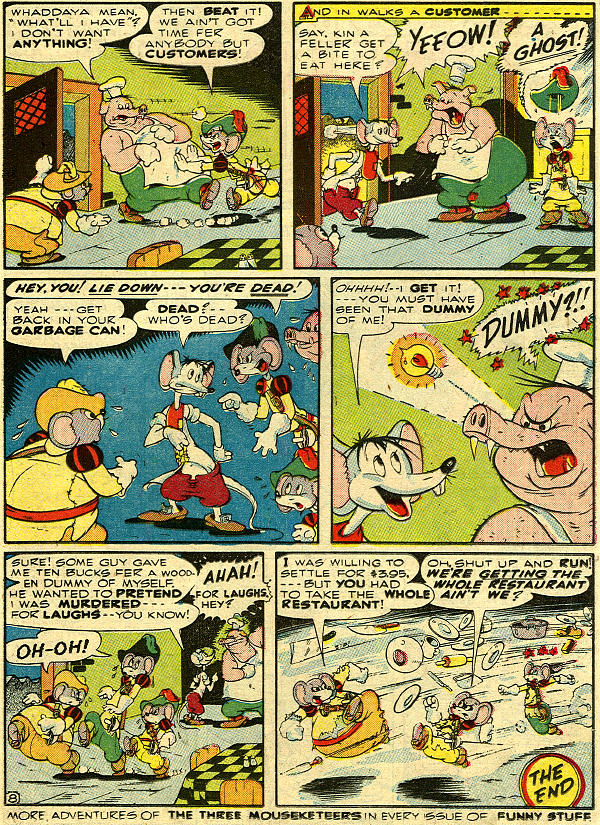 *We're also all aware of Disney's TV Mickey Mouse Club and the Mouseketeers.