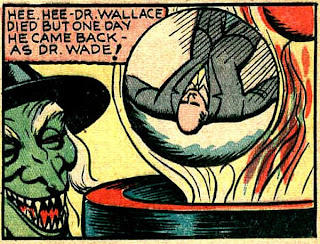 I thought for this special day you might like a really early comic book horror story. It even has a witch. 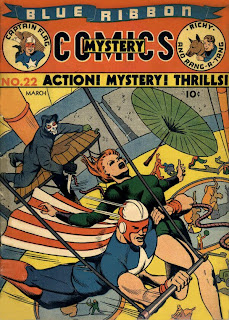 I did a little research and saw that the feature, "Tales From The Witch's Cauldron," began in Blue Ribbon #20, and was continued in Zip Comics, because #22 was the last issue of Blue Ribbon. I believe it comes from the same source as the EC horror comics of a few years later, the original radio program, The Witch's Tale.

To me the most horrible thing about the story is the lead character lets a doctor listen to his chest, then tell him he has three months to live…and the dope doesn't get a second opinion!

The Grand Comics Database tells us that Joe Blair wrote the script and Sam Cooper did the artwork.

Have a great Halloween and keep your hands out of the kids' trick or treat bags. As for me, well, I'll be busy on Halloween day wrapping Ex-lax in Hershey wrappers for the arrival of the little kiddies. They usually stop at Pappy's Putrid Palace, a crumbling and ancient, cobwebbed mansion…but once is enough. They never come back! Bahahaha! 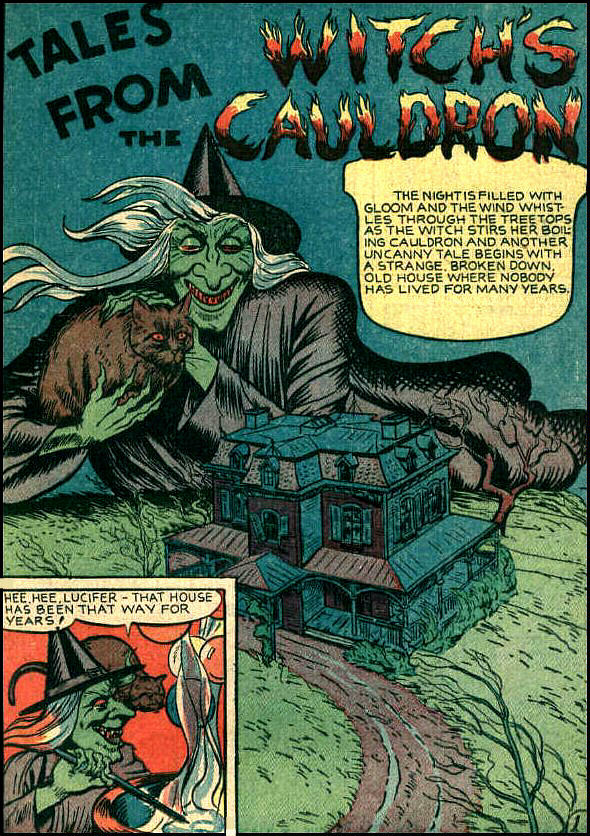 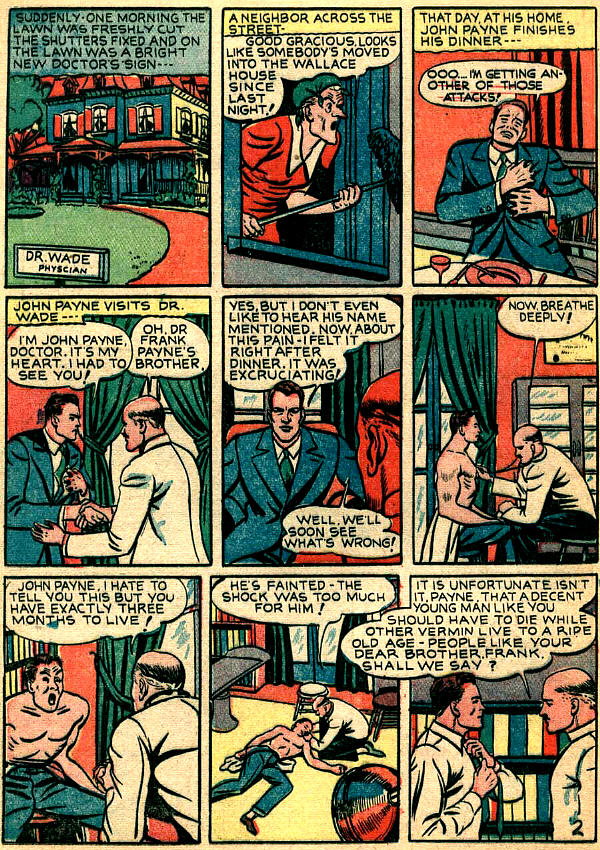 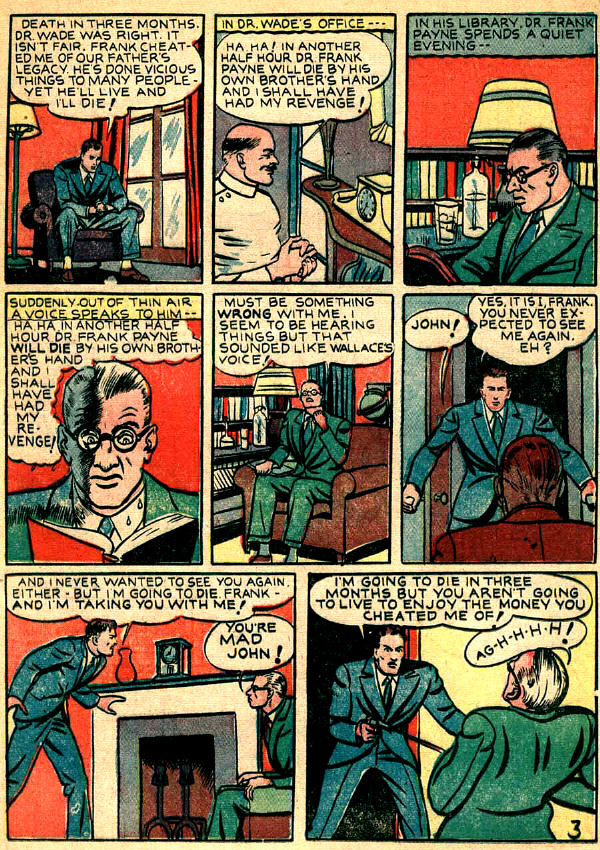 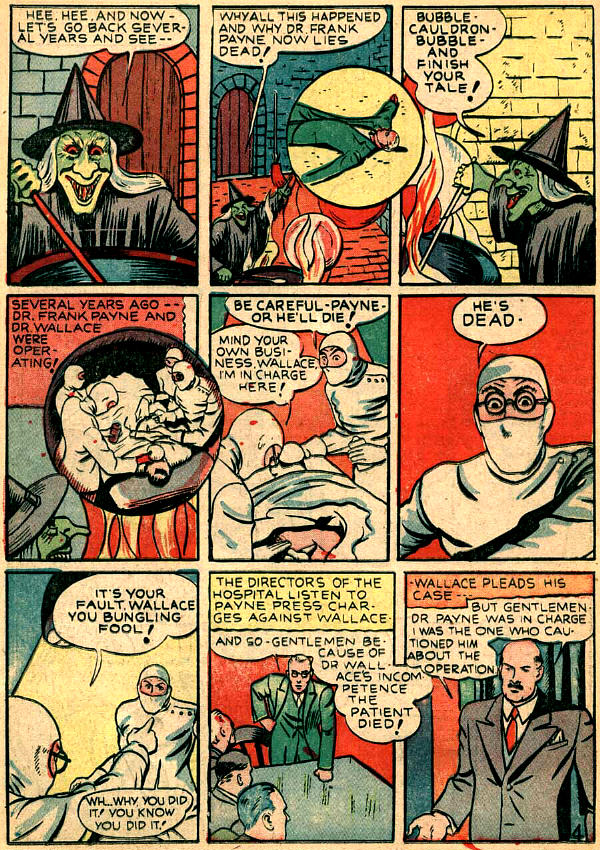 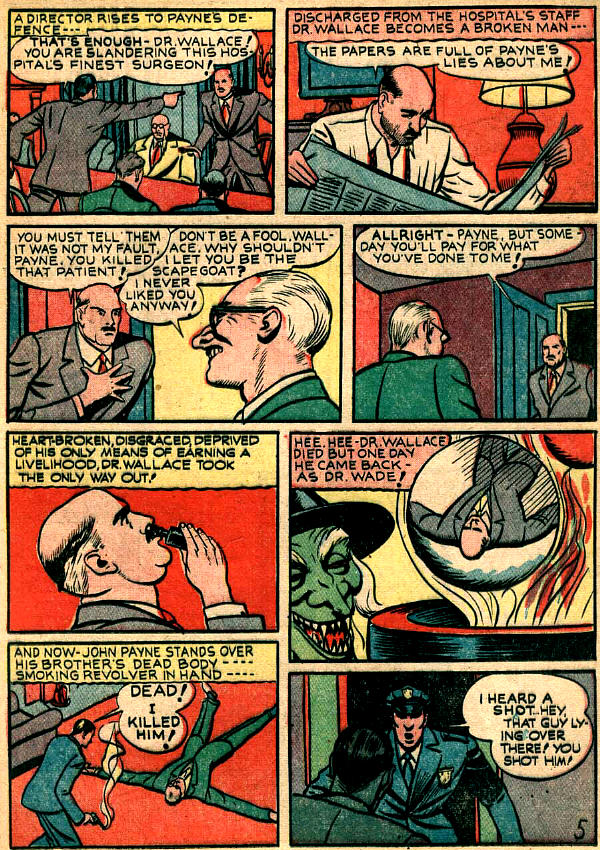 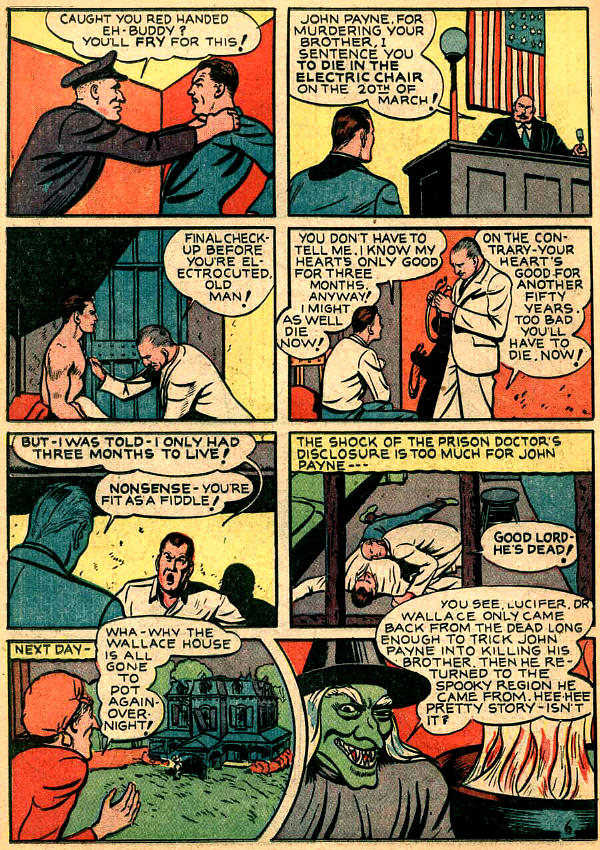 Great pick for your Halloween post, Pappy. The artwork on this one was surprisingly good.

Oh, and I forgot to thanbk you for th nice Bulletman story the other day.

Awesome posts for the Halloween season. "Tales From The Witch's Cauldron" must be inspired by "The Witch's Tale." It has a very similiar style right down to the cats' names (Satan and Lucifer respectively). Good stuff. Thank you.

Thanks for the feedback, guys!