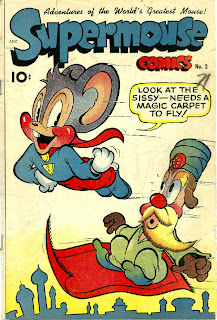 
Supermouse gets hot under the collar!


"The Good Old Wintertime" is from Supermouse #2 (1948. Supermouse, created by Kin Platt in 1942, first appeared in Coo Coo Comics.

I've seen quite a few Supermouse stories, and it was my opinion this was drawn by Gene Fawcette. However, after initially posting this entry I got a note from cartoonist Jim Engel with the following information:

For some reason, I can't post this under "comments"...if you CAN, please DO... The 2 Supermouse stories you've posted are not by Gene Fawcette---they're actually drawn by Milton Stein. Fawcette DID draw SM stories and covers, but later in the series. Fawcette's SM has weird "chopped" or "squared off" feet, as an identifying tip...and he did a lot of SM cover where SM is drawn pretty huge, catching Terrible Tom in nets, etc... Many people DO seem to regard Stein as "THE" SM artist, but the strip was drawn by a veritable WHO'S WHO of funny animal greats, including Al Hubbard, Jack Bradbury, Dan Gordon, and Don Arr... best, Jim Engel

Thanks for your input, Jim! You're quite the great cartoonist, yourself. 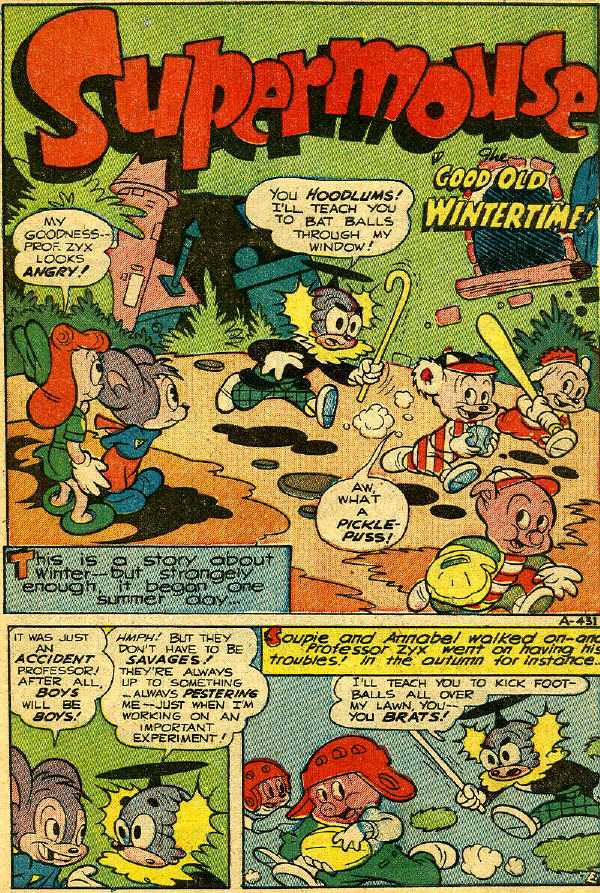 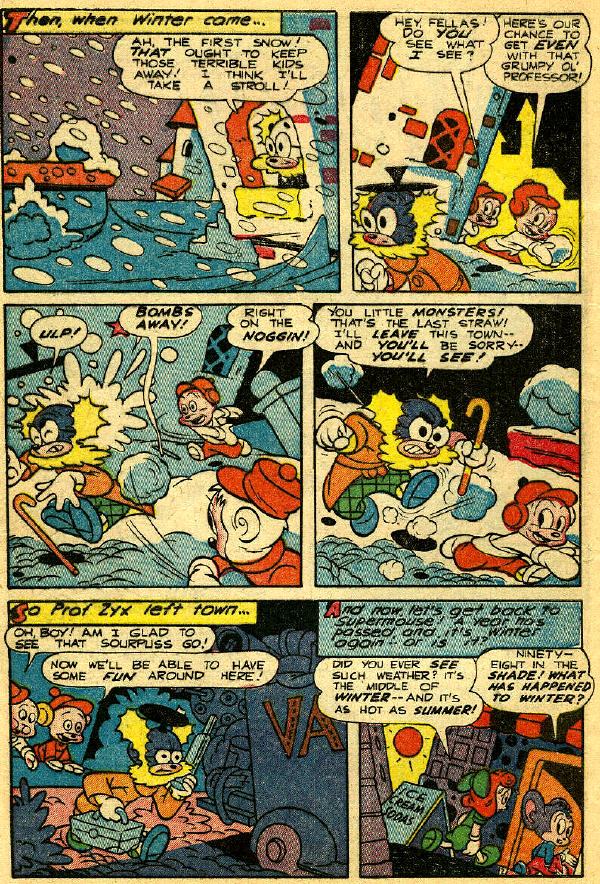 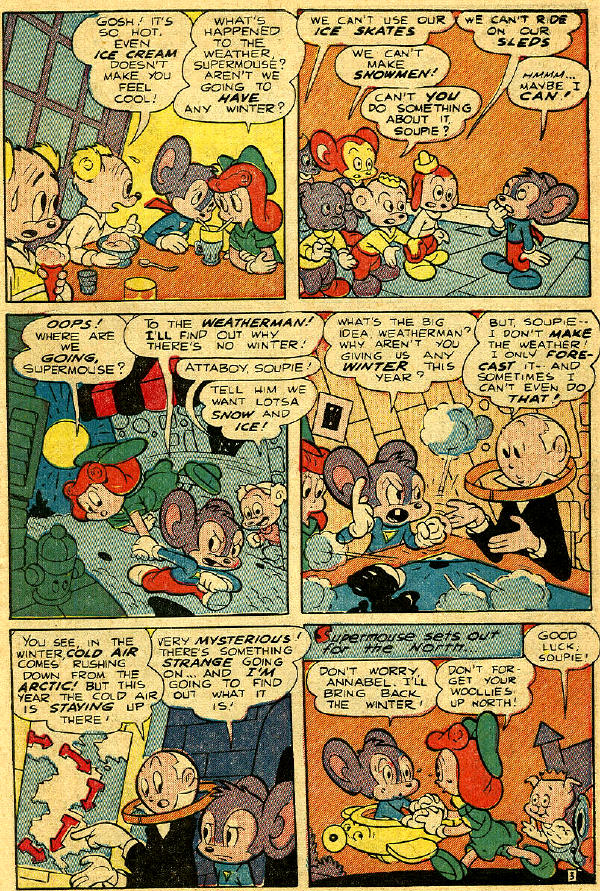 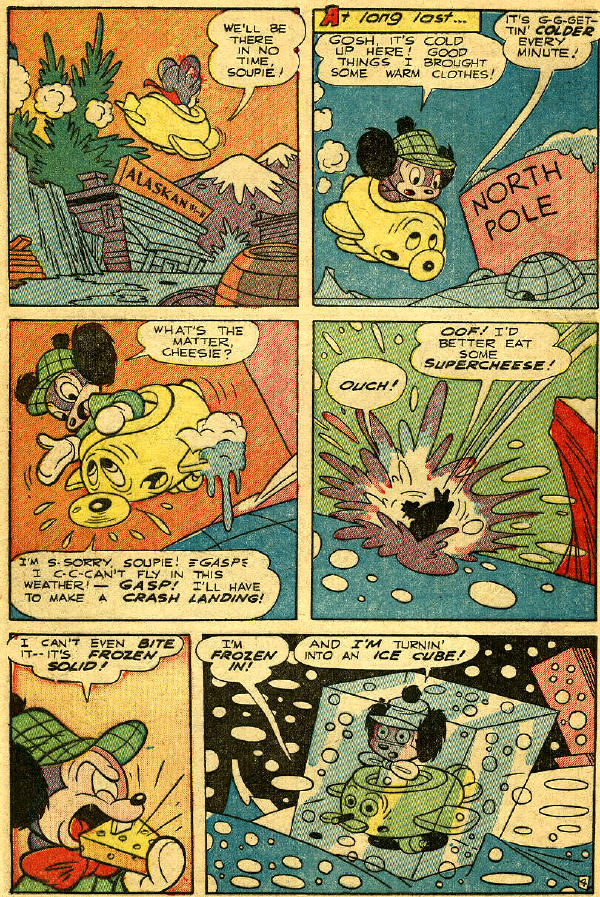 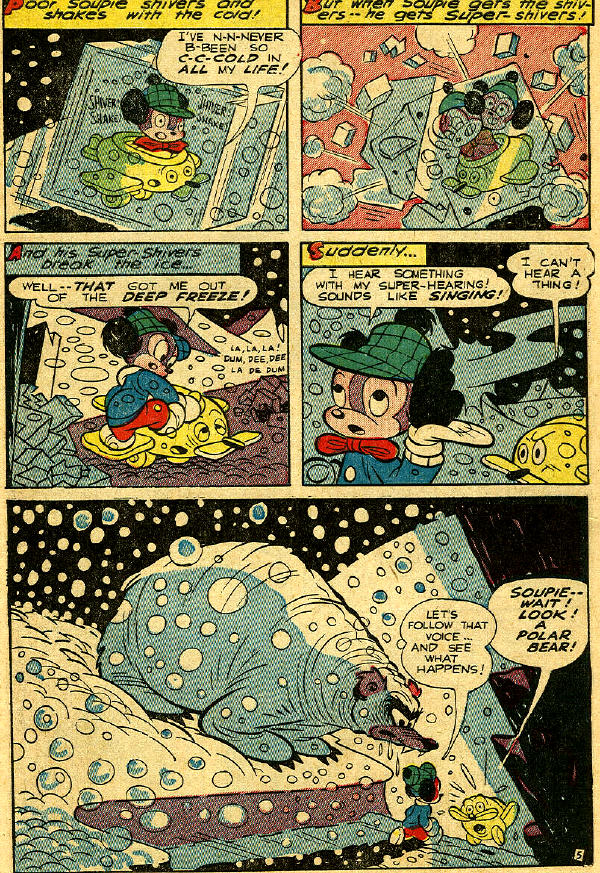 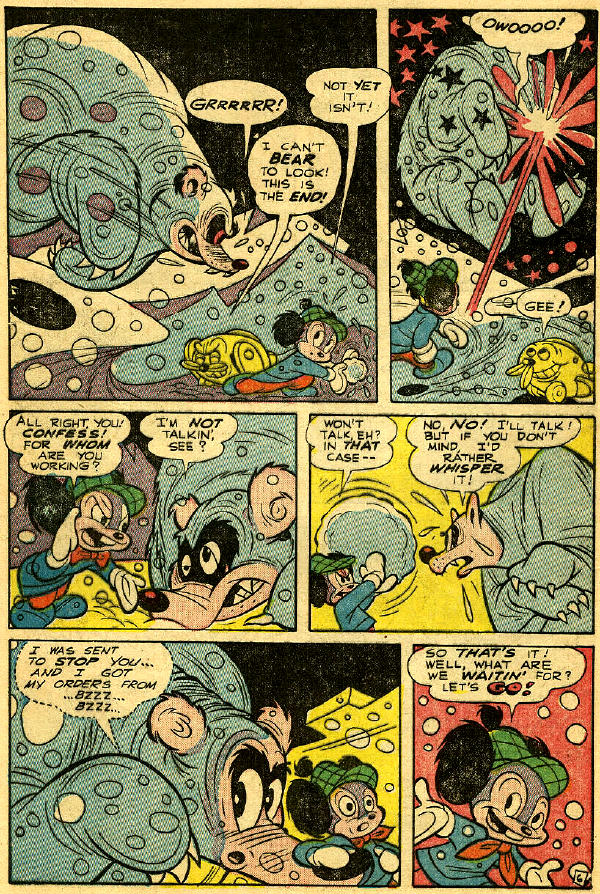 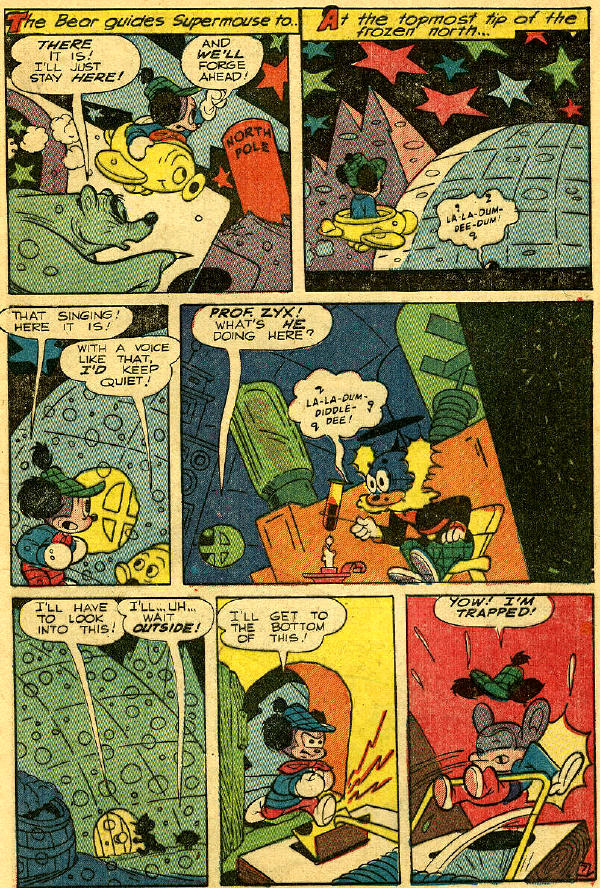 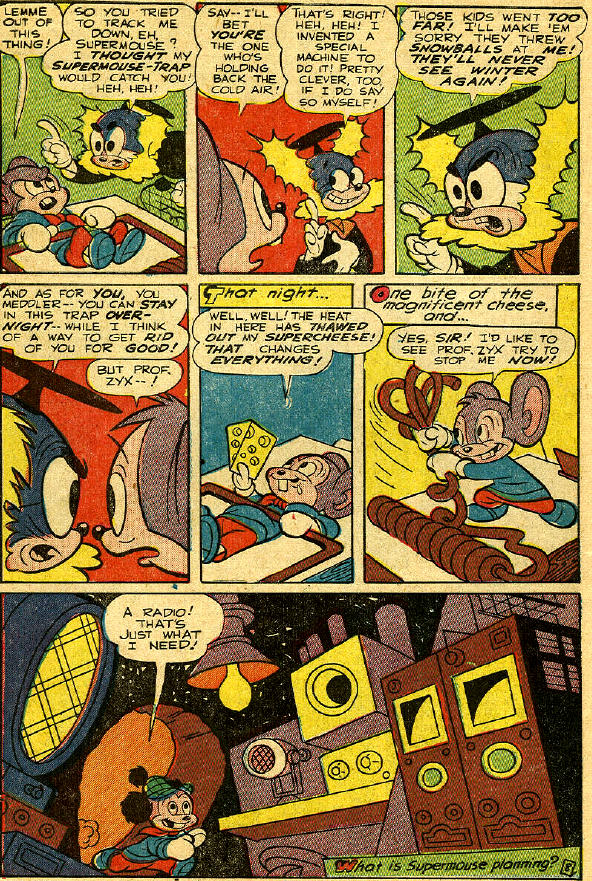 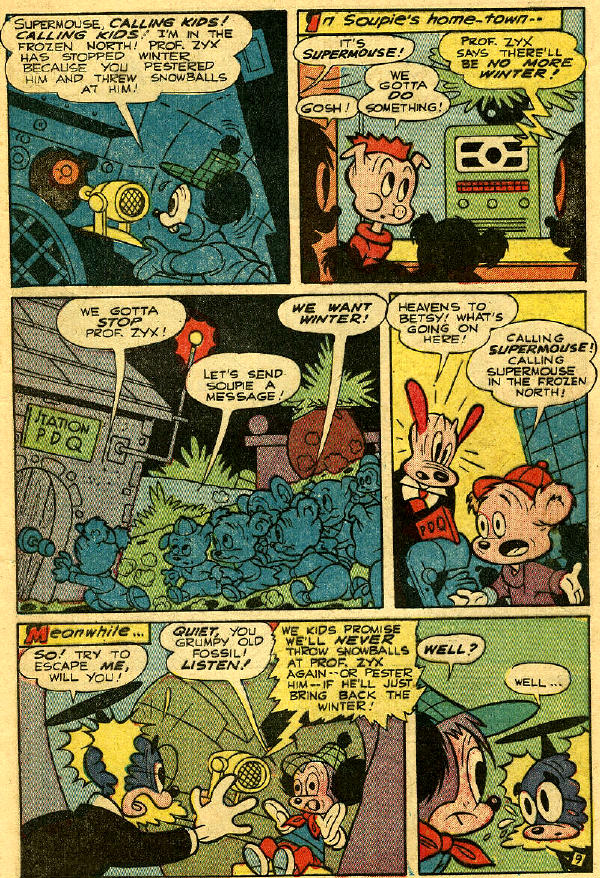 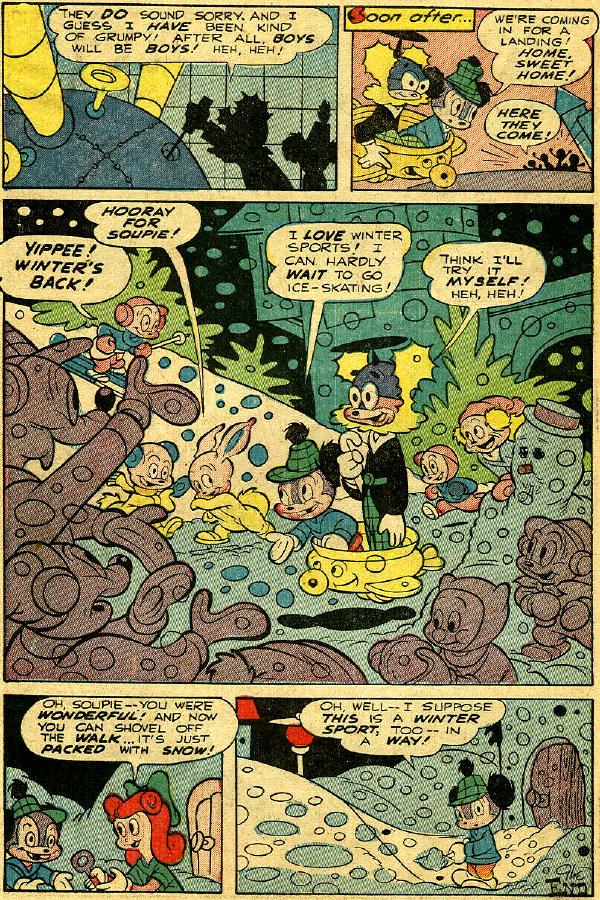 Well! I do love me some Better/Standard/Nedor fare and Supermouse certainly fits the bill.

Kudos to you Pappy for posting this tale and also to Mr. Engel for the nice history lesson on "Soupy's" various artists.