Ed Wheelan's Minute Movies was a backup feature in Flash Comics until about 1945, but it began as a syndicated newspaper strip in the 1920s. In that form it ran until 1935. As its formula Minute Movies had a pseudo-movie chapter a day, but it used the same stock characters as stars, just like movie studios of the day. It also kept the silent film style well into the era of talkies. By the time it was revived in Flash Comics, it was nostalgia.

Wheelan was one of the old-timers who showed up in the 1940s to do comic book work. He kept his old-fashioned style long after other artists attempted to enter the contemporary mainstream. He finished his career in comics drawing Fat and Slat, a vaudeville-styled joke strip.

There have been some retrospectives of Minute Movies, the newspaper strip, published over the years. Hyperion Press did Minute Movies 1927-1928 in 1977, eleven years after Wheelan's death. 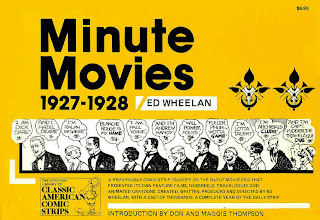 Before that, Woody Gelman's Nostalgia Comics #2 reprinted part one of the 1933 continuity, "Serpents Of The City." UPDATE: Hairy Green Eyeball posted the whole story in 2009. Here is Part One and here is Part Two. 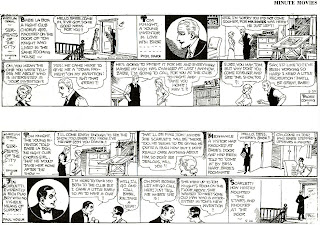 As far as I know, no one has ever tried to collect Wheelan's comic book work. This particular strip, "Intrigue," is from Flash Comics #35, November, 1942. Wheelan's style was from the 1920s, but still had its appeal, and he didn't try to modernize his technique. 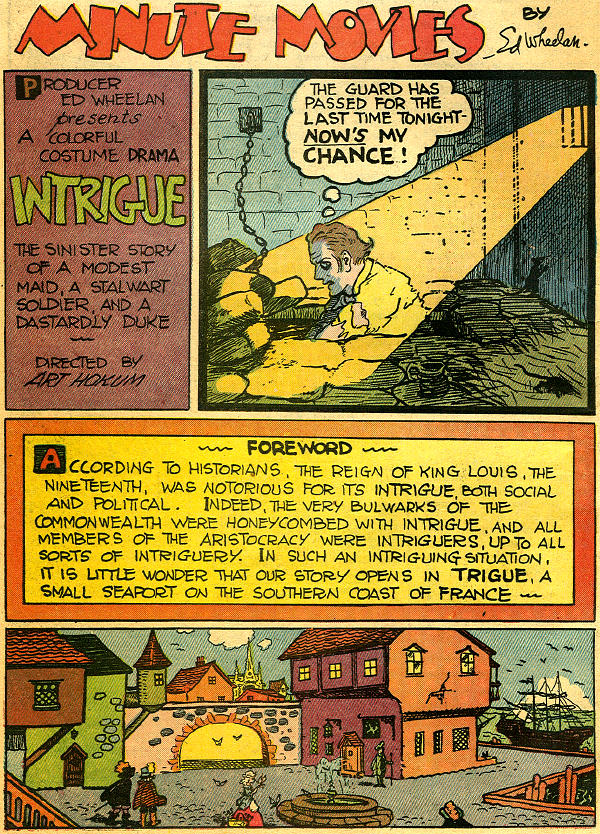 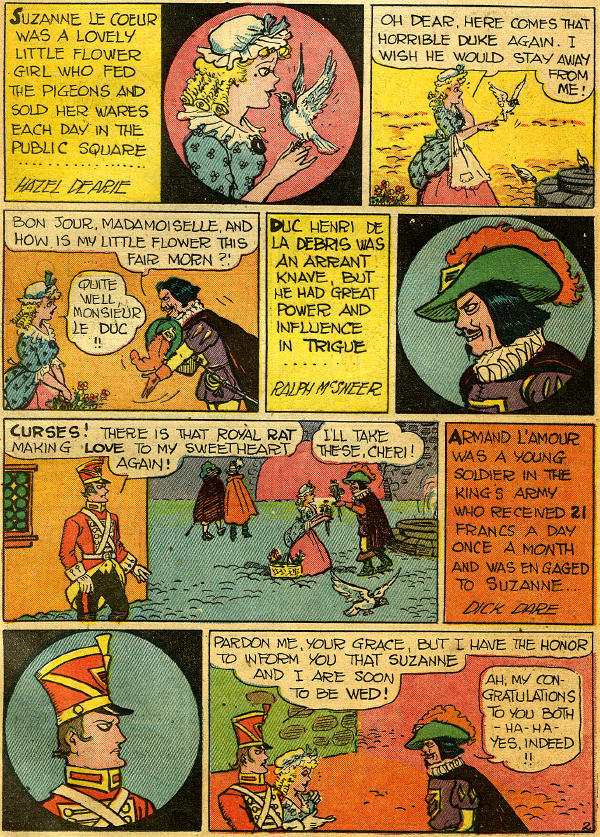 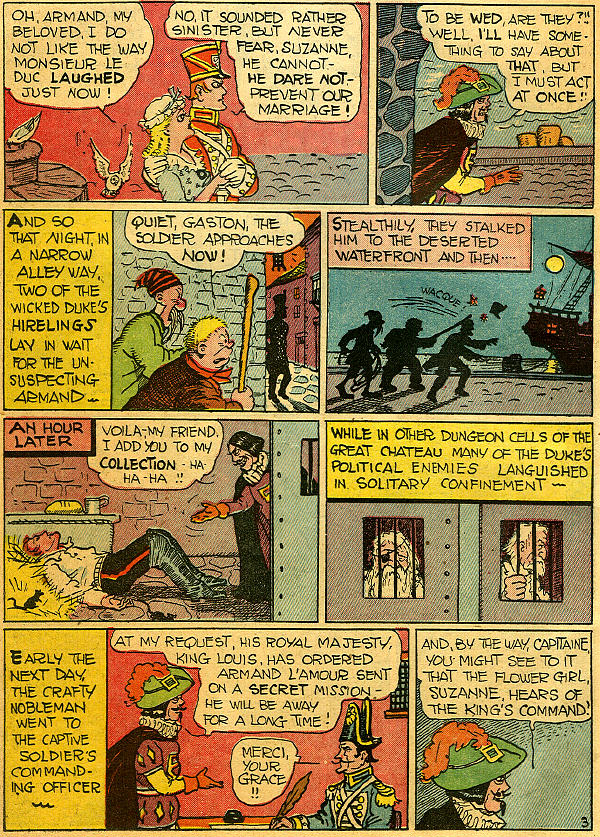 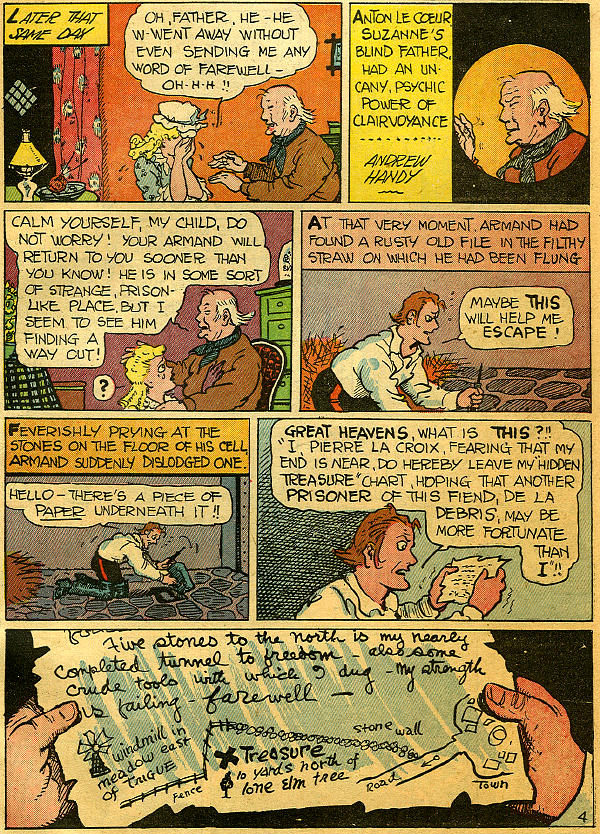 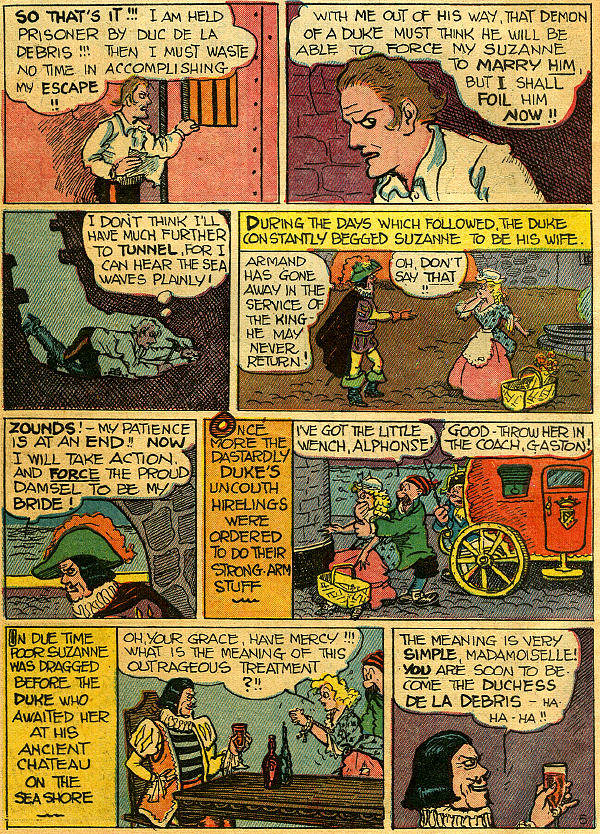 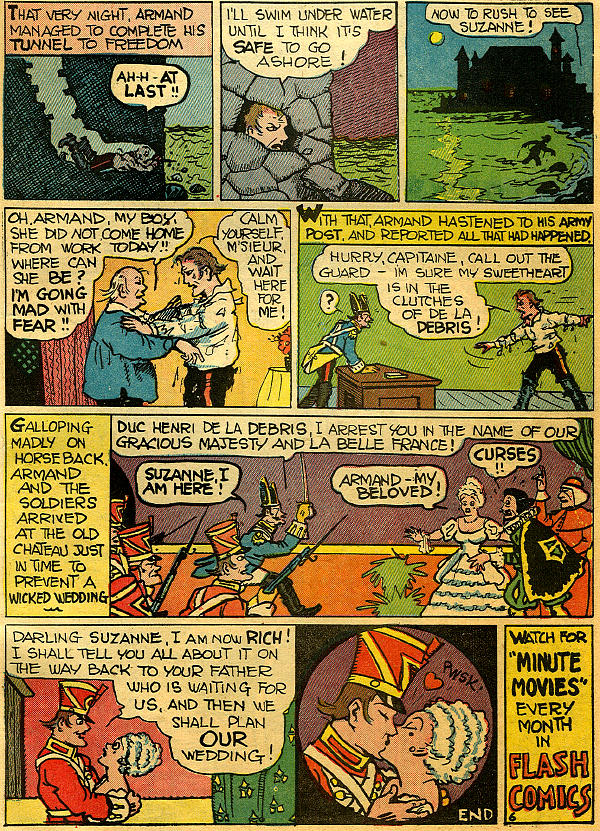