Number 2581: Sub-Mariner and the Amphibious Elmer 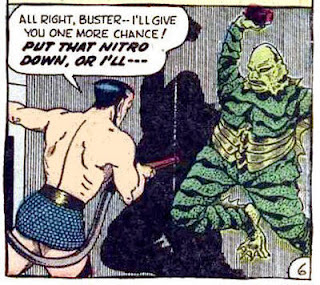 Today a fun 7-page story from the 1954 issue of Sub-Mariner #35, drawn by Sub-Mariner creator, Bill Everett. The story adds an homage to The Creature From the Black Lagoon, a popular movie from that year. (The Creature movie was released March 5, 1954, and the Sub-Mariner comic was probably put on sale in June, 1954). Everett loved weird characters, and he must've been impressed by the design of the movie creature. 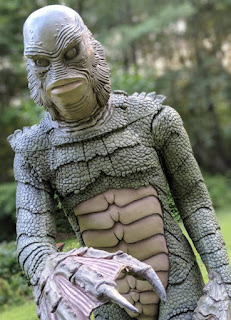 “Elmer” is an amphibious man, created by another in the long list of comic book mad scientist-villains, Professor Zunbar. The twist here is Elmer is frightened by water. That takes the underwater monster and dries it out, so to speak. 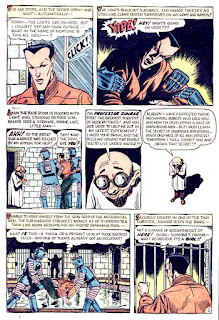 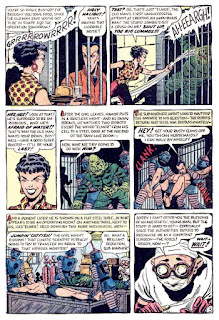 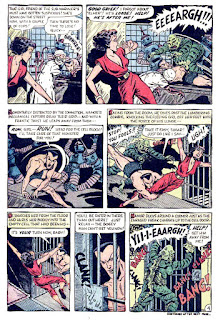 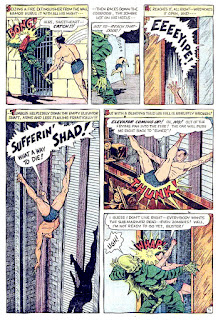 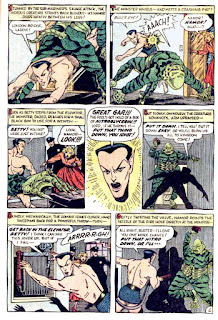 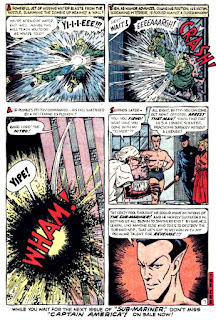