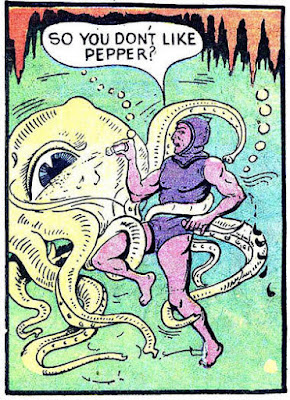 Navy Jones was a character inspired by Sub-Mariner. He was created as an undersea dweller through surgery, despite being a great-great-grandson of Davy Jones. The artwork, by Bert Whitman, who also created the character for Victor Fox’s line of comic books, is okay as an artist, but not exceptional. Jack Kirby appears in this particular issue, and there is a Joe Simon cover, so Navy Jones, done by Whitman, appears in the company of fair to excellent artists. Styles and drawing ability were all over the place in a typical Fox Features comic published over 80 years ago. Comic book fans eight decades ago could flip through the pages of a comic book like Science Comics and and not feel that anything was too far removed from that of other publishers.

I admit to being interested in the Navy Jones story because I like the villains of the tale, which include a huge one-eyed octopus. Its master, the evil and ugly prime minister, says to Navy Jones and his princess sweetheart, “The octopus will strangle you to death and drink the blood out of your crushed body.” A dire threat. But never fear, Navy Jones has a pepper shaker handy to fend off the octopus. That sounds somewhat original. Really. I kid you not. 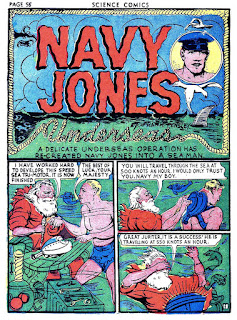 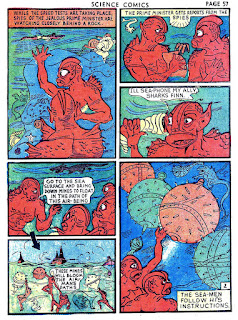 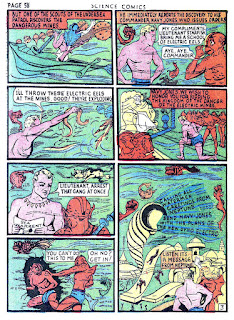 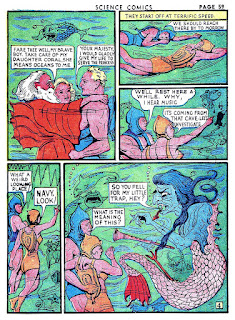 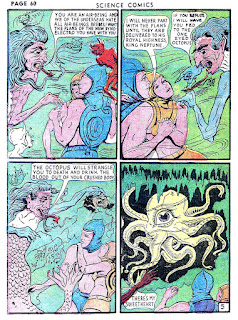 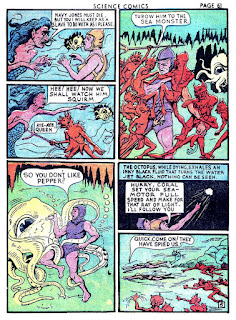 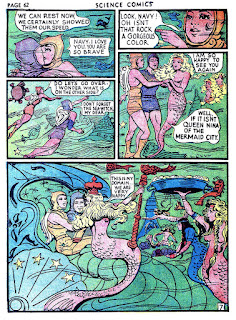 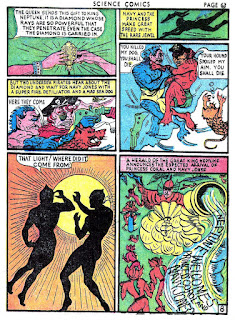 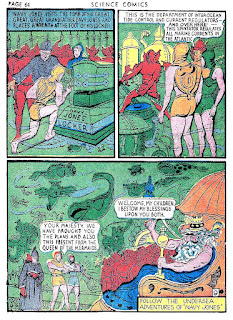 Boy! I guess they invented LSD a lot earlier than I thought. It reminds me of the really early undergrounds. From the Margaret Hamilton Seawitch to all the weird fish hanging around the edges of the panels like monsters on old maps, to the almost Peter Max fantasmagoria of the arrival of Neptune's herald. What a short, strange trip it's been.

Michael, since I collected underground comix in the late '60s-early '70s I appreciated your note. There were some artists in regular comic books very early on who did seem to be drawing under the influence of something. Maybe hallucinogens or a bottle of whatever was cheapest at the corner liquor store.