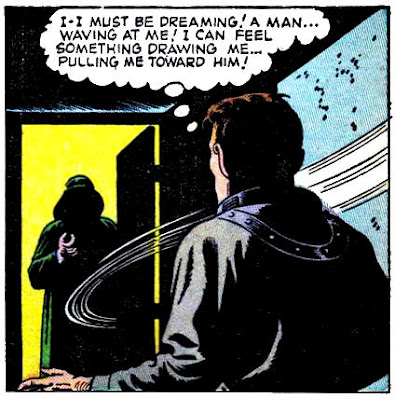 Recently I showed a Western story drawn by Russ Heath. Russ was very versatile as an artist. He drew stories from many genres, including horror comics. This story, “Meet Mr Jones” comes from Atlas’s Uncanny Tales #13 (1953). It has underwater scenes, something Heath did very well. (A decade later he would draw several issues of Sea Devils, a soaked saga of a group of divers whose business is to be underwater, fighting off monsters.)

This story has a couple of bad guys after sunken treasure, a violent murder by stabbing, and an electric chair. I don’t think Mr Jones’s true identity is any surprise, but at its least the story is dynamically drawn. 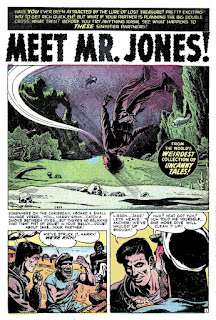 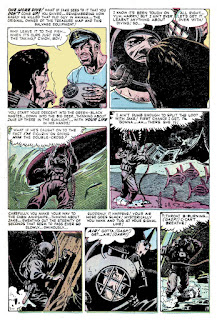 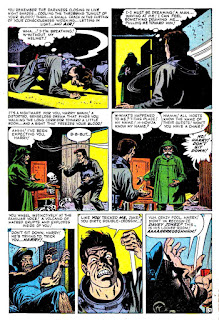 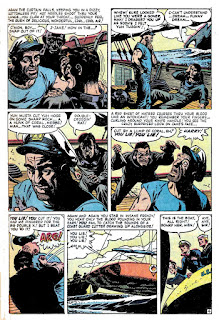 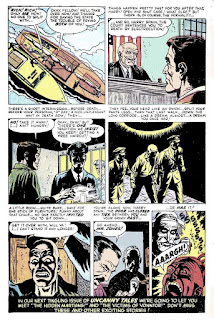 If the somewhere was in the Caribbean and the US Coast Guard got involved, then that somewhere had to be waters off Puerto Rico or off the US Virgin Islands.

(Unless the execution was under the code of St Croix, it had to be by the Federal government. The death penalty was eliminated in Puerto Rico in 1929. The codes of St Thomas and of St John had abolished the death penalty by the mid-'40s, if not earlier. I don't know what method of execution was used on St Croix.)

Some of the panels of this story look inspired; others are just serviceable. Of course, inspiration doesn't come on demand. I wonder how Heath felt about the mixed results.

Wonder what they did to the black crewman?