Number 2475: Captain Marvel is all shook up 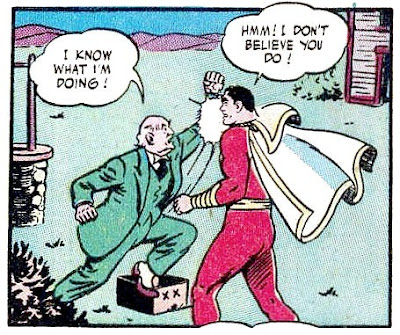 Today’s posting came from a 1946 Captain Marvel Adventures comic book available to readers who bought two boxes of the breakfast cereal, Wheaties. The comic included this story, “The Man Who Made Earthquakes.” (On a personal note, the area in which I live had an earthquake a few months ago. As earthquakes go it was a pretty good shaker, enough to give us many aftershocks. There was some damage to the Pappy abode. So I have had earthquakes on my mind.)

The Captain Marvel stories isn’t great, but it’s not bad, either. The character, geologist Horace Shakum, is in an abandoned well and finds the “keystone of the world. The very stone that holds all the others in place!” Horace claims to fellow geologists that one tap on the keystone can bring earthquakes, and hitting it with a hammer could destroy continents. Of course he is not believed, so he has to prove it.

The Grand Comics Database credits the script to Bill Woolfolk, and artwork to Pete Costanza. 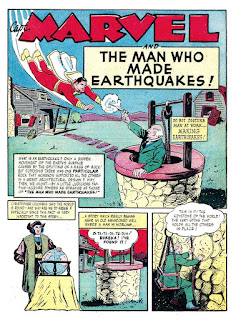 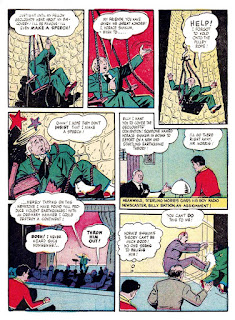 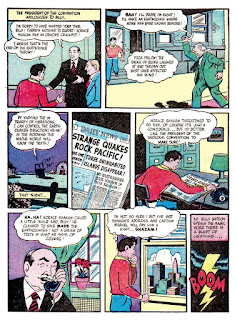 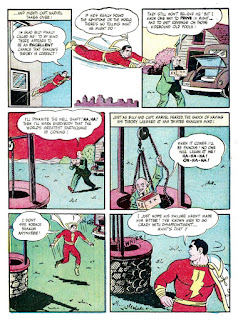 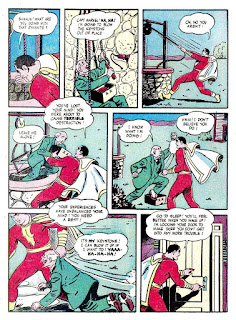 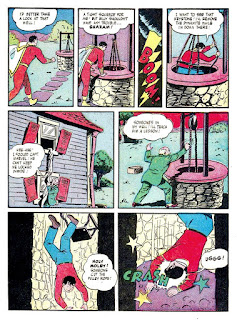 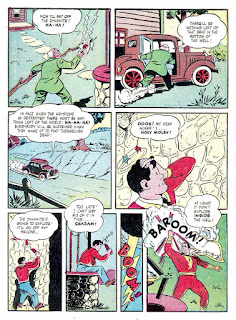 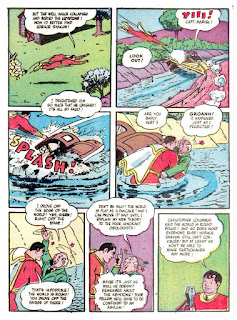