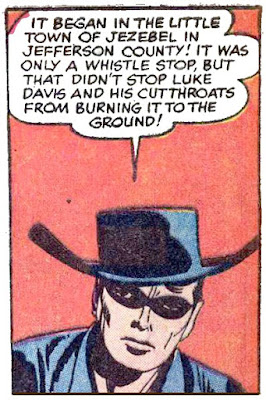 Black Rider, a popular Western character from Atlas Comics, had his book cancelled with issue #31 in 1955, and was revived for a one-shot, Black Rider Rides Again #1, in late 1957. Black Rider featured some of the top artists in the Atlas stable, like Syd Shores and Joe Maneely. His revival has a great cover by John Severin, plus an action-packed retelling of his origin by Jack Kirby. Kirby also did the other two Black Rider stories in the issue.  In Kirby’s version the mask of the Black Rider was changed from a bandanna to cover his face to a domino mask. A skinny little mask to me is no disguise at all, but if the Lone Ranger could get away it...then why not? 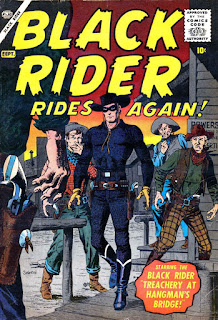 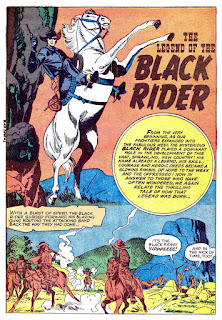 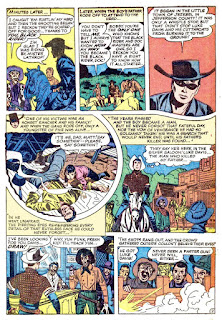 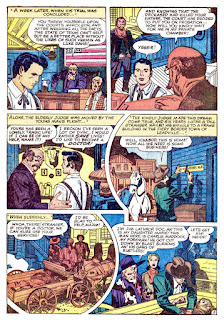 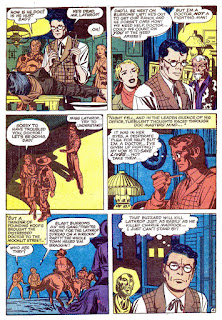 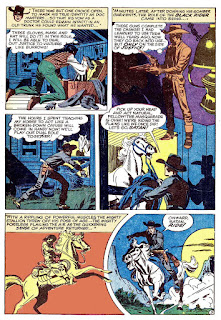 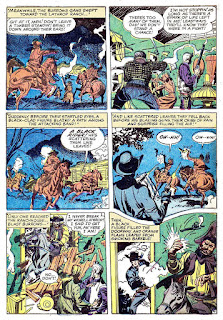 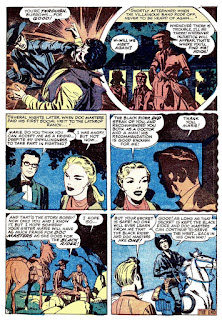 Here is the Black Rider origin story from 1951. Just click on the thumbnail. 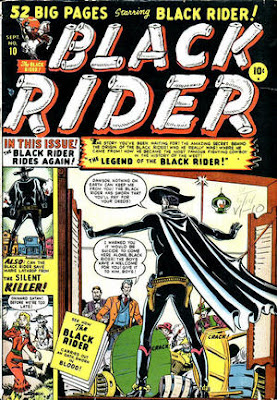 Don't be silly! It's not just the mask! He also takes-off his glasses!