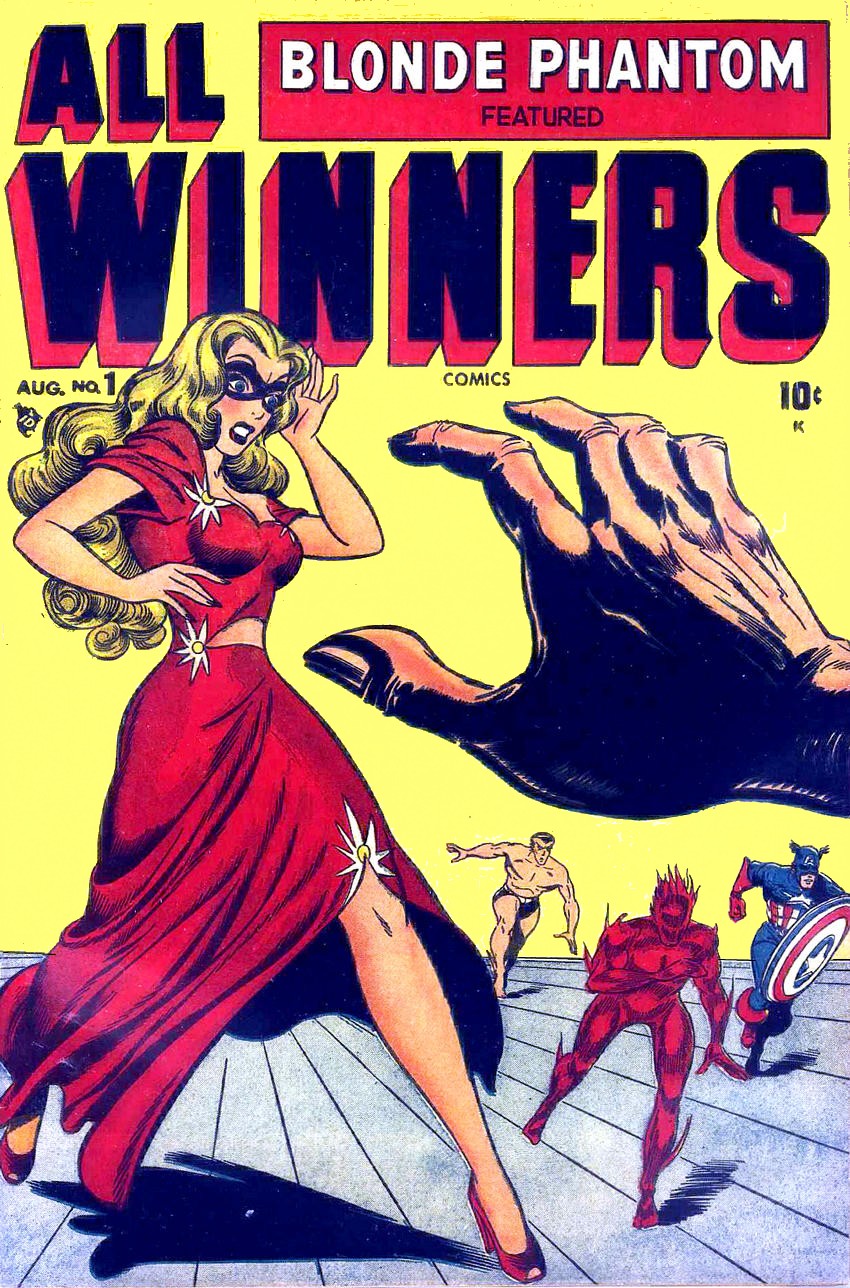 Blonde Phantom, the forties heroine from Marvel Comics, was one of those costumed types whose secret identity was in competition with her civilian identity. Blonde Phantom, Louise Grant and Louise’s boss, Mark, were the self-contained triangle. Unless Mark was just kidding about not knowing that Louise, even in glasses and buttoned up to the chin, was the sexy, evening-dress wearing Phantom.

Blonde Phantom was one of the postwar heroes created to sell comics in a rapidly changing market. Apparently she worked out for Marvel for about three years, and then was no more until a revival many years later, outside of the scope of this blog.

According to Don Markstein’s Toonopedia website, Black Phantom was created by Stan Lee and artist Syd Shores. The Grand Comics Database says this story was drawn by Allen Bellman. It appeared in All Winners Comics Vol. 2 No. 1 (1949), which was the last issue under that title. 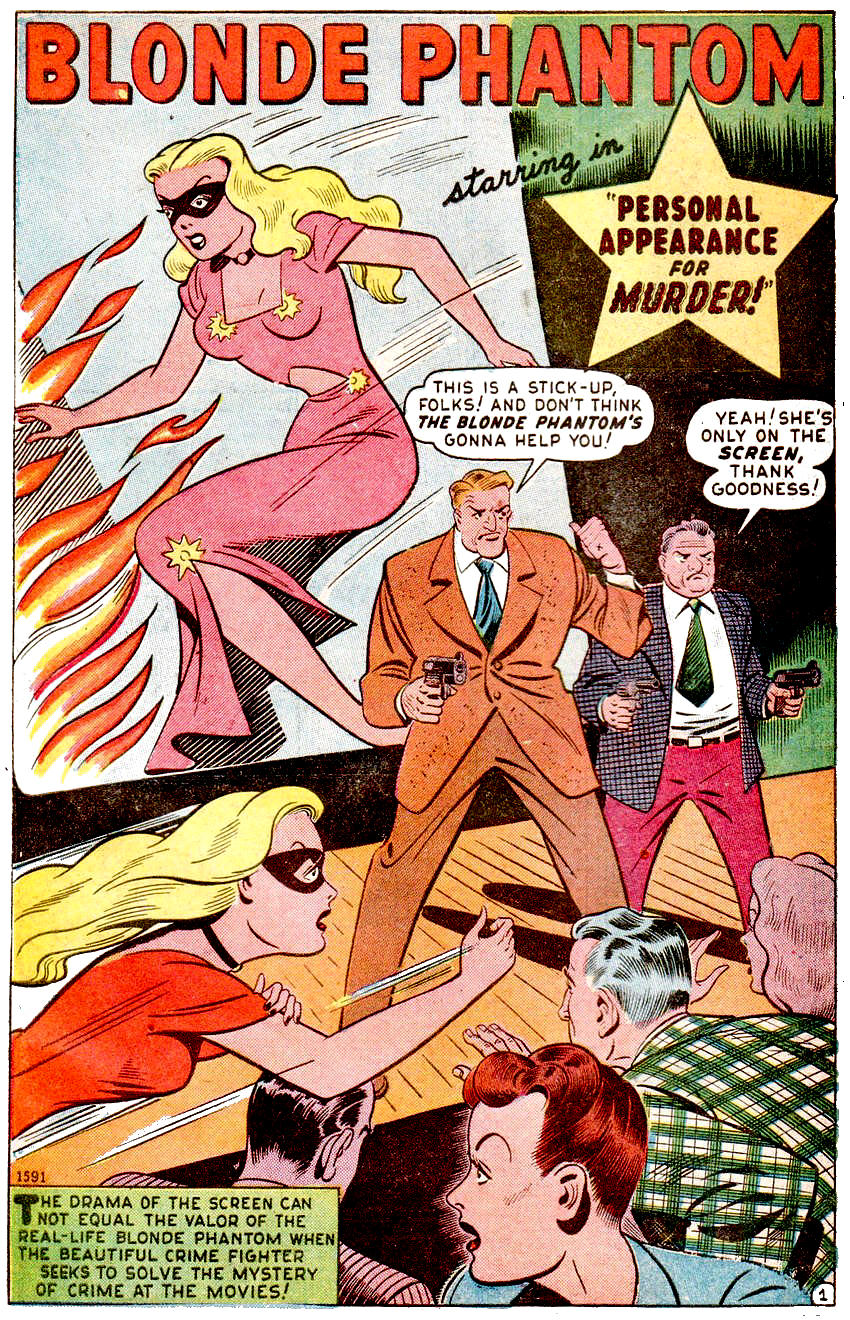 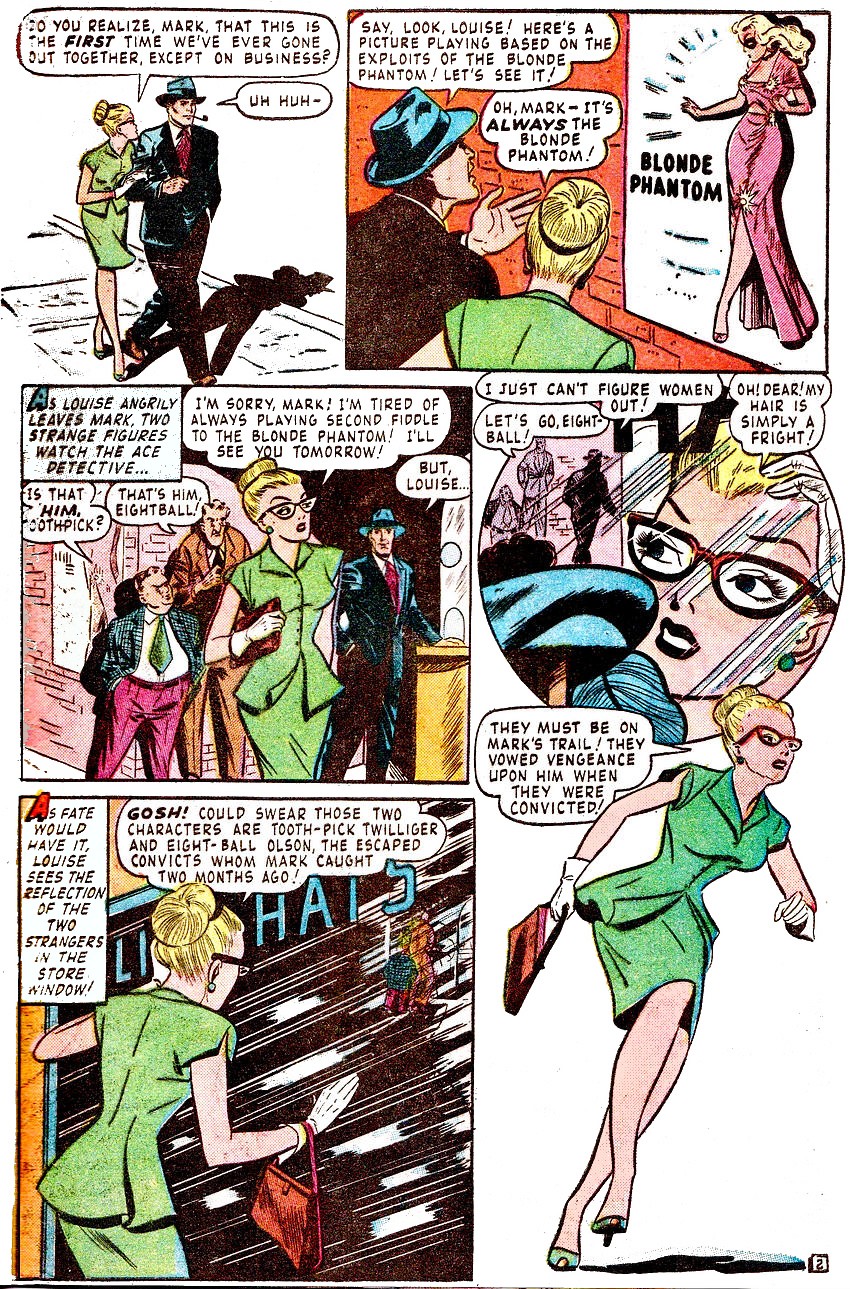 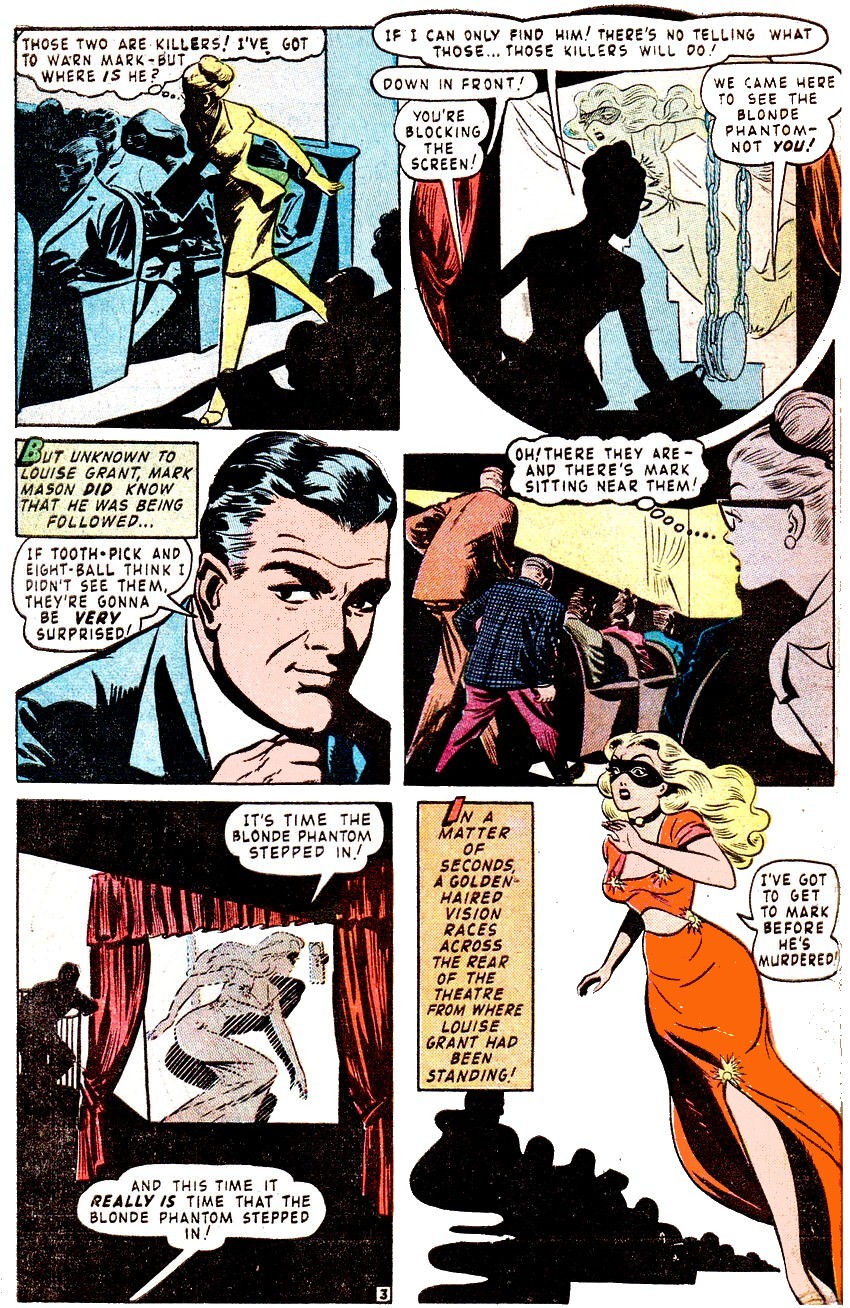 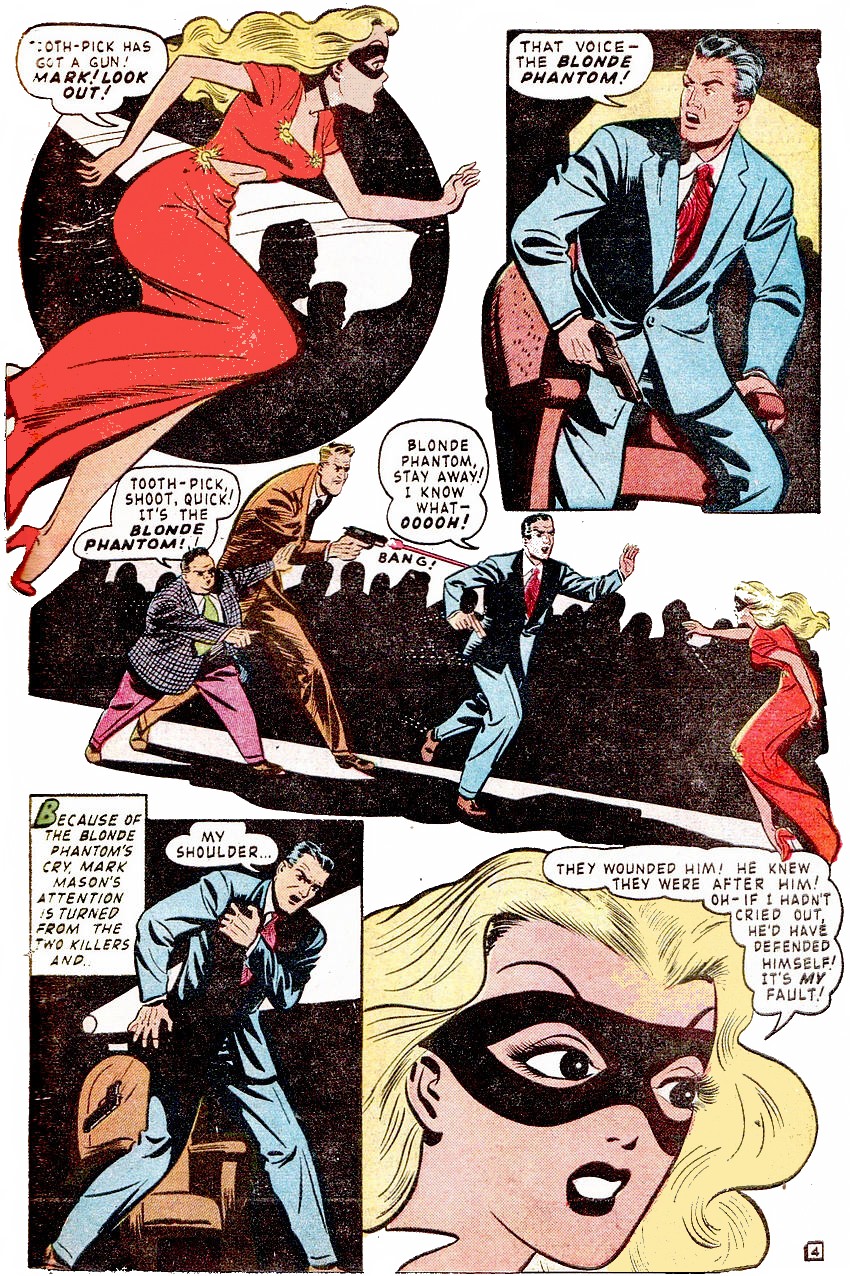 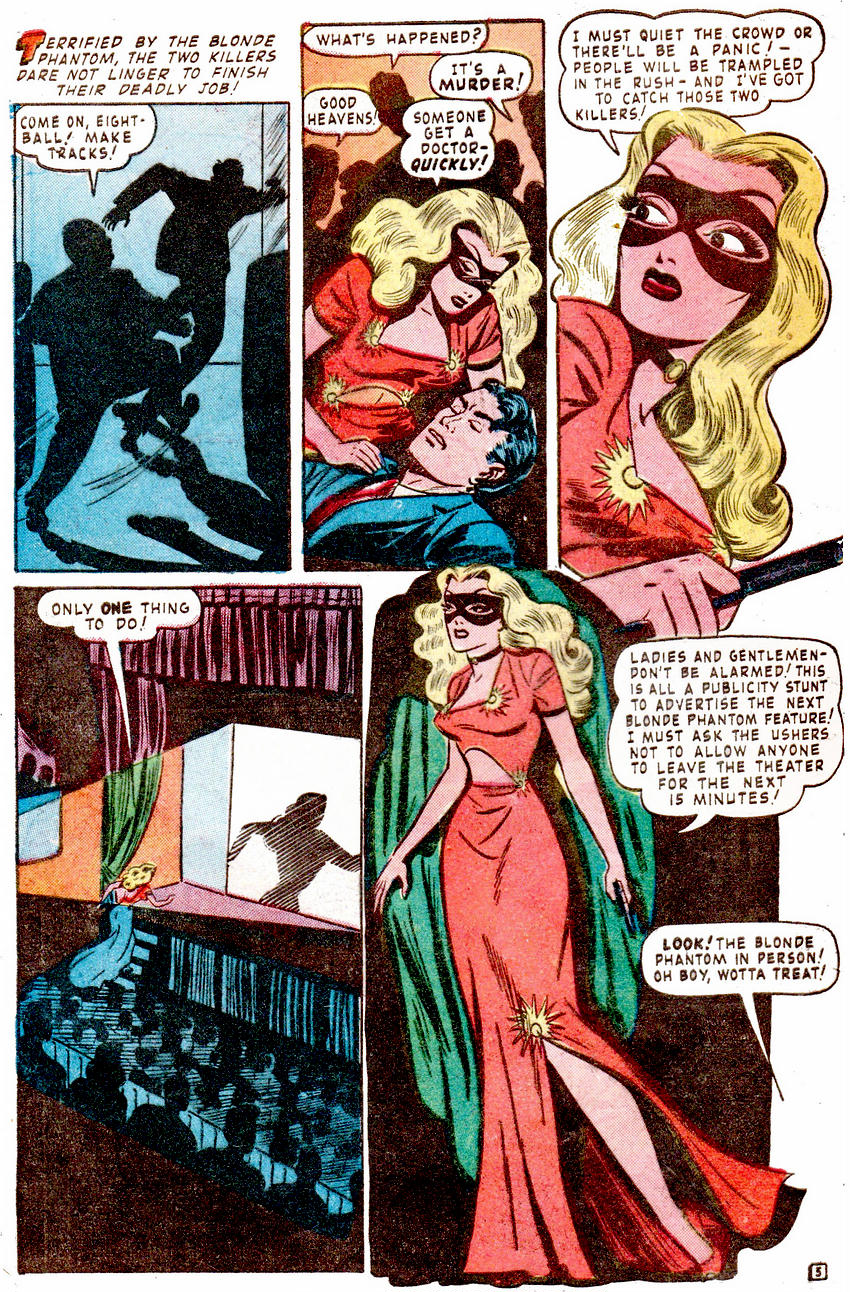 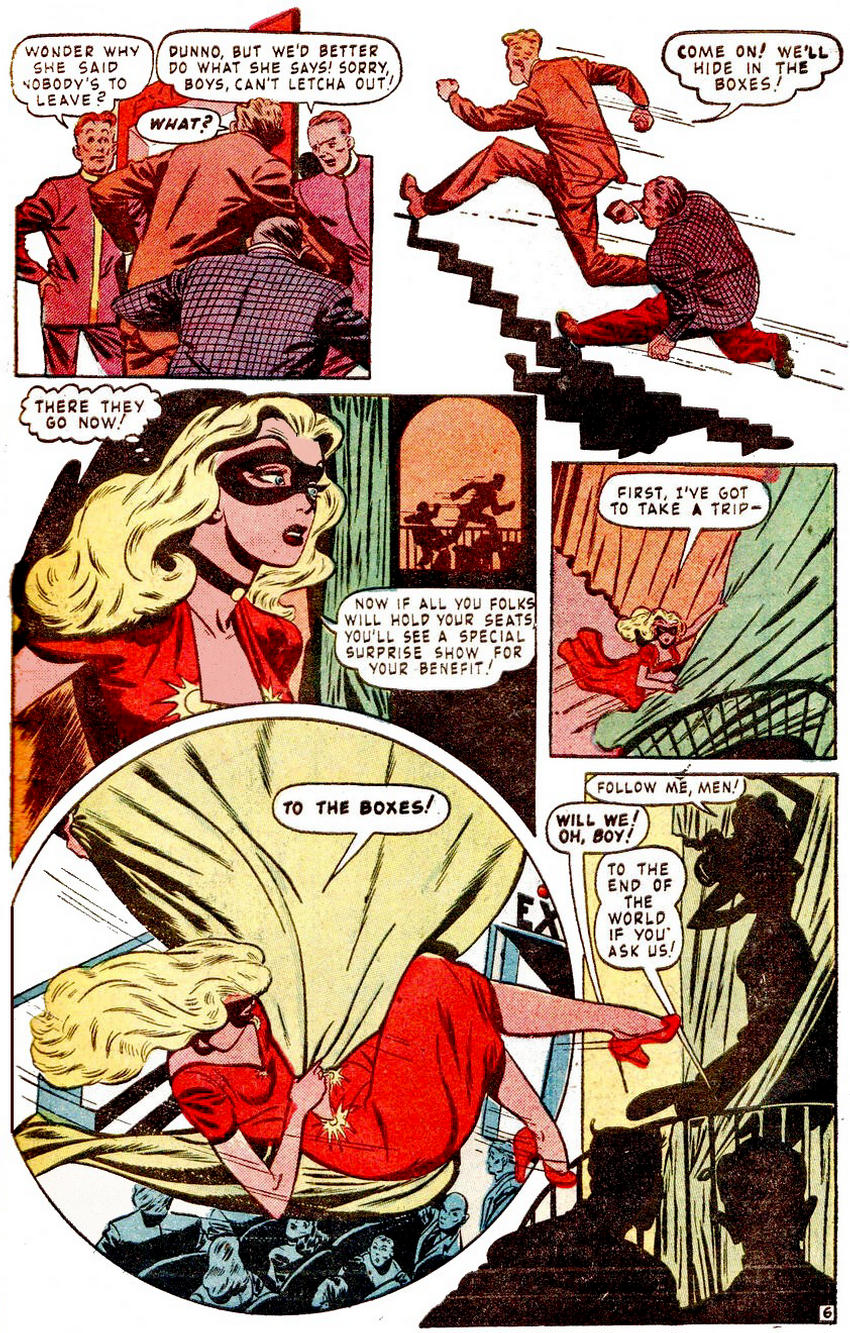 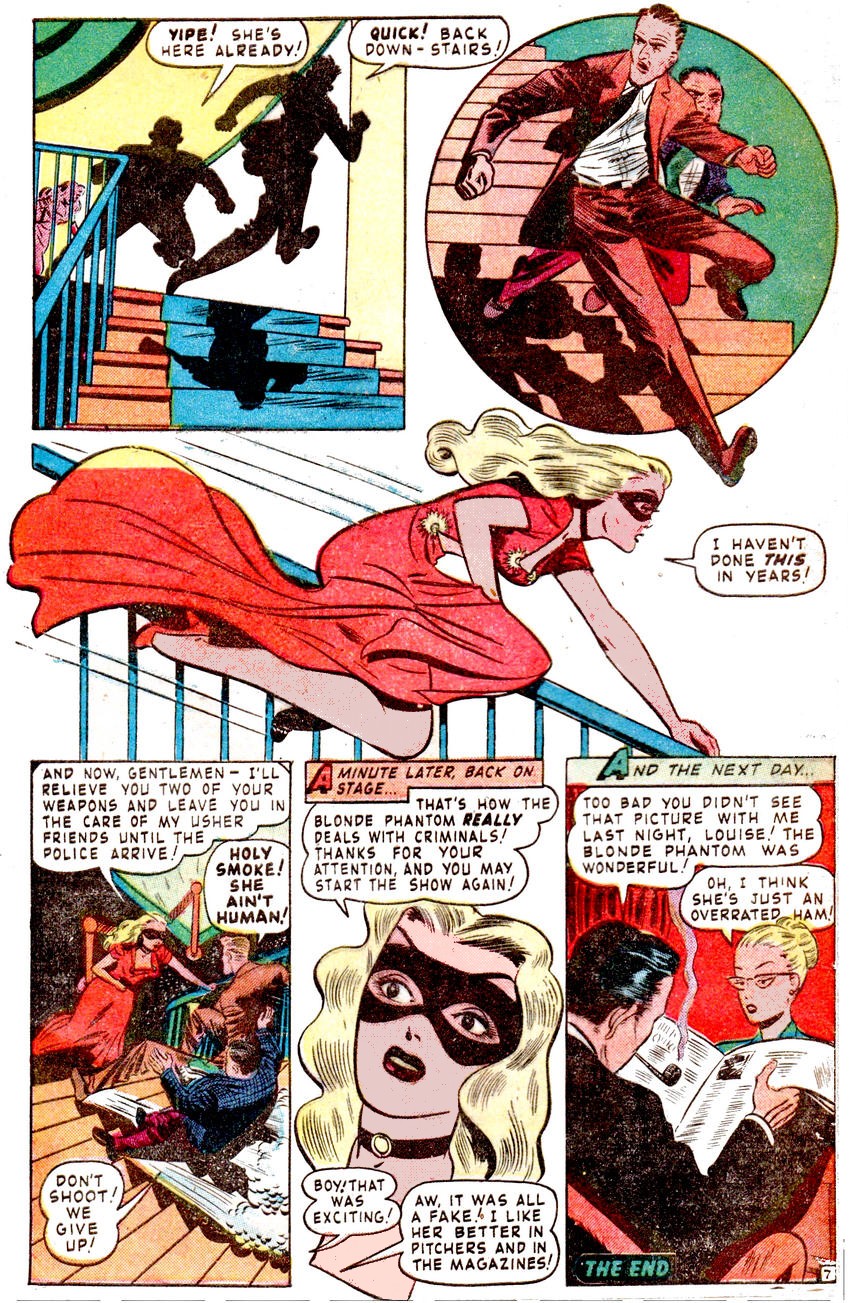 It's hard to imagine that in the late 40s, hell, even now, that two hard broiled killers, who are out to revenge murder a .. cop? DA? (Not sure, the story doesn't say) ... would act like the little rascals when they saw a plastic skeleton.

I like this artist, there's some interesting silhouetting going on in the art, and the paneling good without being distracting. It's very clean without a lot of extra detail, which works well in this case.

The Blonde Phantom appears to be a knock-off of the Phantom Lady. But Victor Fox would have never allowed a heroine to be wearing that much clothing!