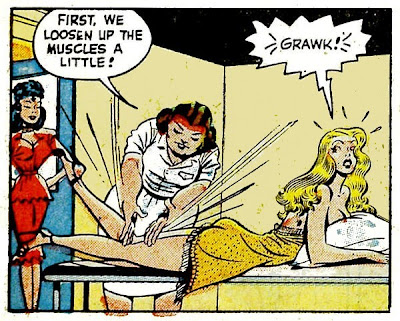 This is the third of our Funky Funnies postings, funny comic book stories from the Golden Age.

Bill Ward (1919-1998) was a very fine cartoonist with an extra-special talent for drawing beautiful women. It was his bread-and-butter for over five decades. When Ward had a character such as Torchy to draw he made her the focus of the panel. The men he drew in those strips, and what must be thousands of gag cartoons done over several decades, just didn't get the attention the girls did. Of course they didn't! We don't look at Torchy to see guys. We want to see beautiful, bosomy, long-stemmed girls strutting proudly in shoes that would cripple most women. (Even when she's getting a treatment at a spa, as in this tall tale, she's wearing stilettos.) No matter that this story is from a long time ago — 1947 — Torchy is as modern in her sexiness as she was when Ward did his lovingly rendered drawings of her. 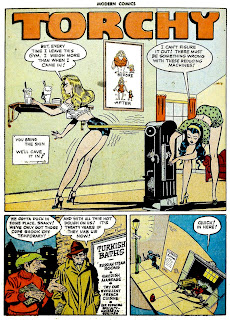 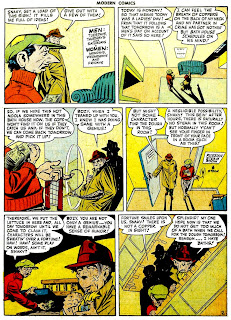 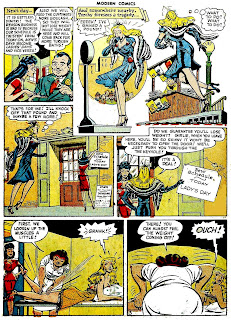 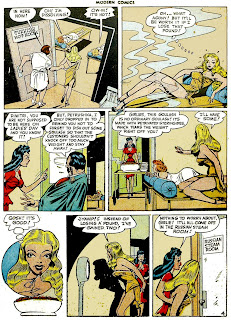 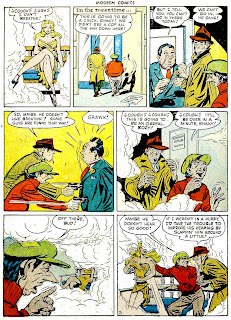 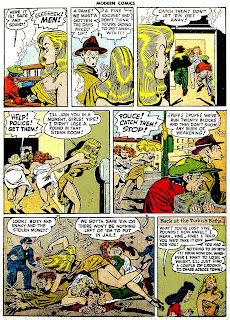 I used to love Bill Ward's artwork in the 1970's in CRACKED Magazine. He'd do a strip called "Nanny Dickering Interviews..." or somesuch, and Nanny was ALWAYS a beautiful young woman. :)

Ward's thing, throughout almost all of his career, was those impossible shoes.

I always remember, when I was young, how eye-catching his women were in Cracked magazine. He had a pretty well developed style, out of the gate, didn't he?

Gernot, I loved Ward's art in Cracked, also. When other artists took over Nanny it just wasn't the same.

And Brian, it didn't take much for Ward to go from comics to fetish art, of which he did quite a bit. Yep, he had a thing about shoes.

Thanks for spreading the word, Alicia!