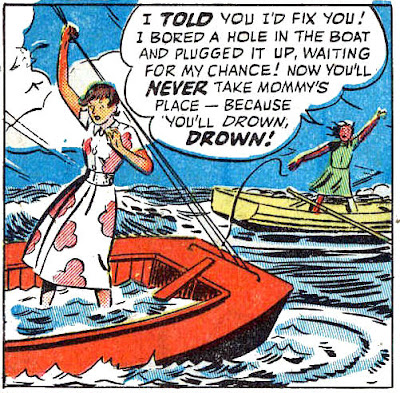 “Love is for the Living,” from ACG’s Romantic Adventures #5 (1949), isn’t all that original. A drab governess goes to work for a handsome widower with a small child, then has to win the love of both. What struck me when reading the story was that it reminded me of The Bad Seed, the popular novel/play/movie, about a young blonde child who commits murder.

Maxwell Anderson's 1955 play was adapted from the novel by William March, published in 1954. Life magazine covered the play and its young actress, Patty McCormack, in a January, 1955 issue. Here's the first page of the article: 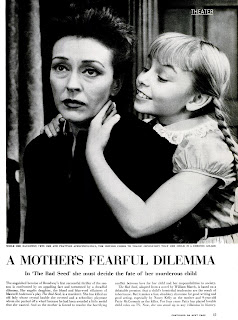 The comic book story appeared about five years before the novel, and I'm not claiming it had any influence on the novelist. It's just an interesting coincidence. Stories about children who murder aren't all that rare. But the drama of the attempted murder does add some depth to an otherwise shopworn romance plot, and it helps that the Romantic Adventures story is well illustrated by Emil Gershwin. Were I to give advice to someone in the same position as governess Celia Parrish I'd tell her even though it looks like she's won the love of the father, I wouldn't turn my back on his daughter. 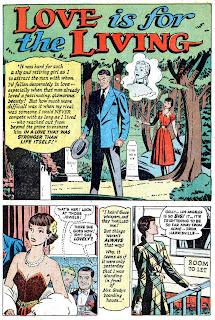 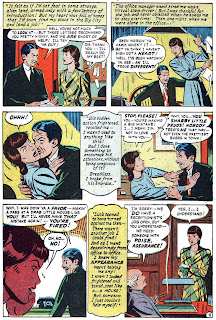 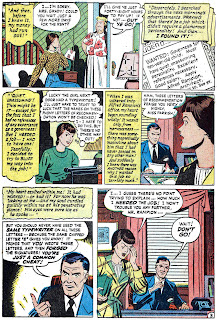 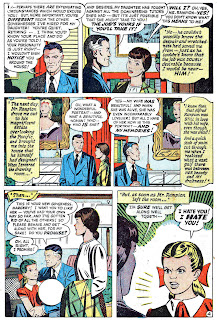 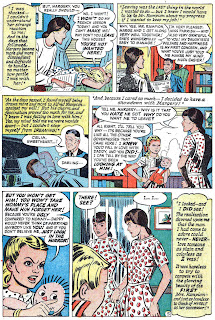 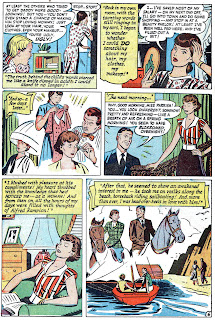 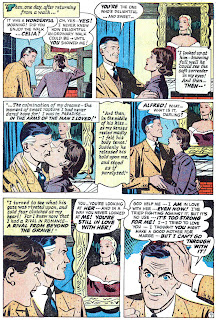 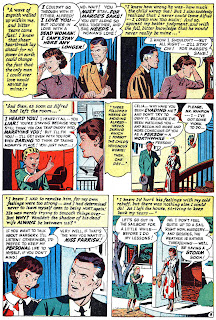 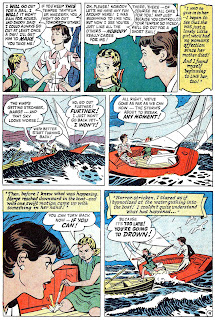 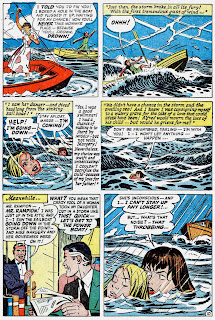 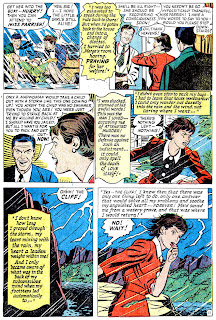 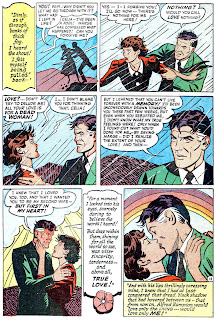 I want to rewrite this story to add an evil twin, because that's all that's missing for the hat trick!

I could go on for a day! And in the 40s-50s, "fill out" was always a euphemism for "grow breasts" -- even in the ads. The artist went out of the way to draw her flat chested in the "pre" part of the comic.

I think that the artist here (Mr Gershwin) did a really outstanding job of rendering the principal character. She's not a psychologically healthy person, but she's rendered in a way that is believable and compelling.

Brian, I notice in the final panels she's still flat-chested; we wouldn't want her rendered like a modern comic book girl with pneumatic breasts.

I enjoyed your breakdown of the story into its component parts. What you've done is a how-to outline for composing a story.

I've read your fun blog, Parade of Horrorbles but do you also write fiction?

Daniel, I agree...Emil Gershwin did quite a bit of work for ACG and had a distinctive illustrative style. I think he's unappreciated.

I'd love to write fiction, especially horror comics, it would be sort of a dream job, but I suspect a lot of us have those same dreams. Problem is, there's no market for those dreams.

So I guess I'm stuck with asinine comedy blogging :)