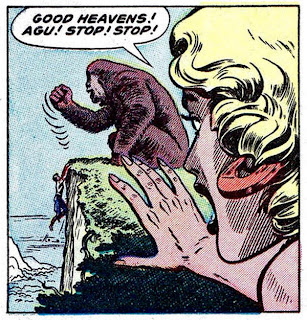 From the Wikipedia entry on the 1933 version of King Kong:


“[King Kong] was re-released in 1952, becoming one of the media events of that year. Time magazine named it “Movie of the Year.” The film’s studio, RKO. tried an experimental reissue of King Kong in the Midwest United States in 1952. In an unprecedented move they committed most of King Kong’s promotional budget to television spots. The re-release was an enormous success, with the film attracting triple the usual business in its markets.

. . . King Kong generated more box office receipts than the original 1933 release . . . Theatre owners named it Picture of the Year. It was at this time that King Kong acquired its reputation as a popular culture phenomenon.”

It's no wonder that comic books of the era used it for inspiration. There was "Ping Pong" in Mad #6, for example. 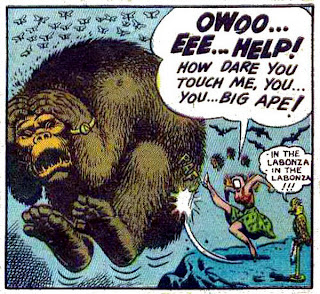 Atlas Comics' Lorna the Jungle Queen used a Kong lookalike, named Agu, as a character who appeared more than once. I have three Agu stories, "Agu the Giant," from Lorna the Jungle Queen #1 (scanned from the later 1970s reprint in Marvel Comics' Jungle Action), "The Return of Agu the Giant" from Lorna #3, and "The Battle of the Giants" from #9. The stories are written by Don Rico, and drawn by Werner Roth.

Like the movie Kong's love for Ann Darrow (Fay Wray), Agu had a thing for Lorna.

Blondes have more fun, as the old Miss Clairol ad used to tout, but in the company of a twenty-foot-tall ape, a little fun goes a really long way. 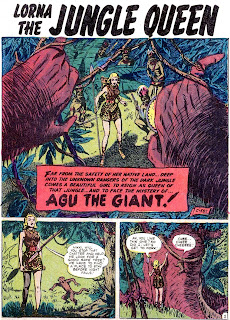 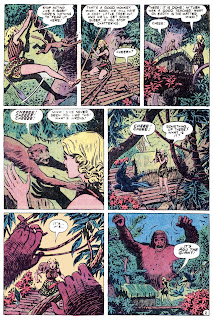 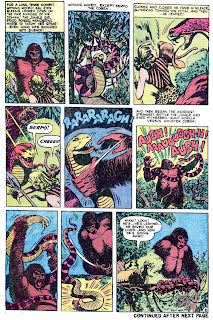 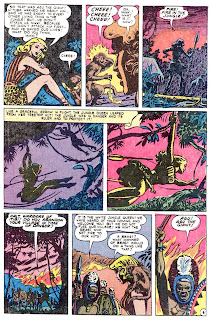 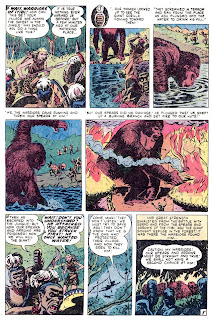 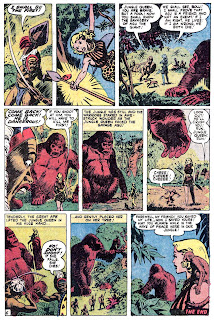 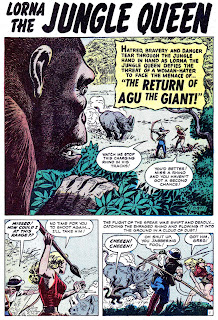 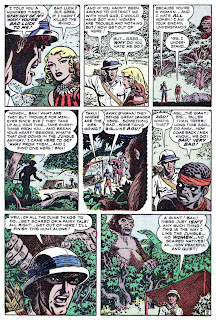 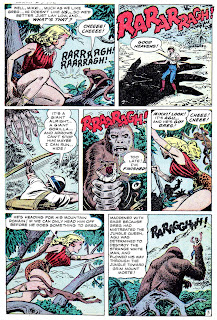 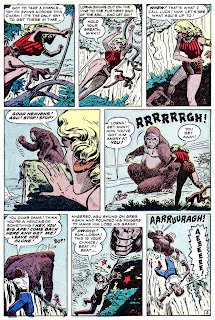 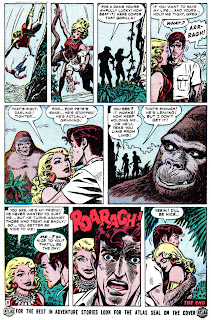 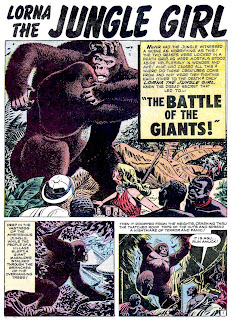 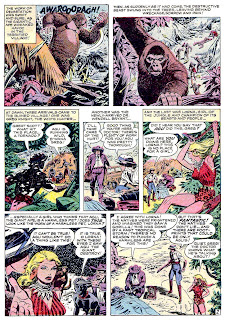 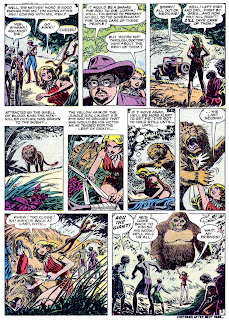 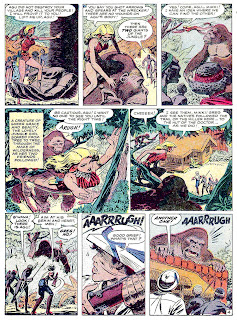 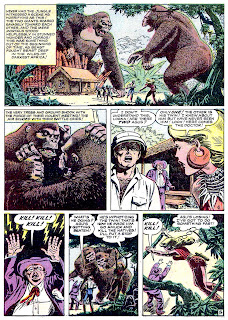 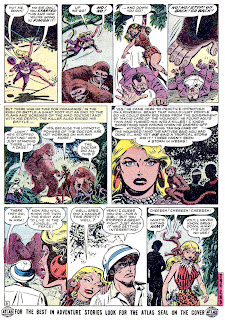 I think Don Rico might have had some problems with women :)

So, blonde whitey moves into the jungle and becomes queen, kills lions in her spare time, and gets allegiance from the cliche jungle tribes (we'll ignore the racist angle.)

Yet, she relentlessly chases after a man who can't go two panels without insulting her or straight out telling her he hates her!

And then story #2 where she uses the threat of giant ape death to scam a hug? Yow!

If Edgar Rice Burroughs had written a Tracy and Hepburn movie, it would have ended up like that second story.

Though Lorna's a bit more shapely than Kate Hepburn.

I was unaware of these. Thanks a bunch! Love the giant ape stories!

Gumba, yep, women...can't figure 'em out, can we? Why do they fall for the guys who treat them the worst?

Ah, but when the blazing African sun goes down, and night descends on the jungle, what happens? Maybe Lorna has "a headache." Maybe she climbs to the top of the tree where her boyfriend can't get to her, just to "teach him a lesson." It could be the poor schmuck is just frustrated and hides that frustration with his phony macho act.

I'm not saying that's ever happened to me, mind you...but if it did I might be acting just like him.

Rip, thanks. I love those simian stories, too.

Kirk, I think just about anyone was more shapely than Hepburn...

I dunno, the few Lorna stories I've read don't seem to be putting down women. I thought it was more like Rico was having fun at the expense of macho men like Greg Knight. Nobody else got that?