Number 1137: Phantom and the Phlying Saucer 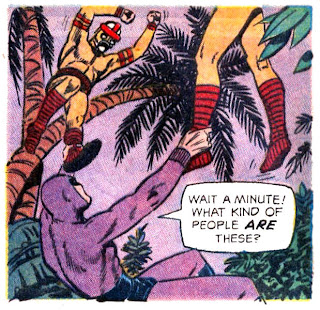 There's something familiar about this story from Gold Key's The Phantom #2 (1963). The script, attributed by the Grand Comics Database to Bill Harris, has the same basic plot as several stories by Stan Lee. Alien comes to earth with invasion in mind. Alien encounters a person who convinces him that Earth people are not pushovers. Alien calls off invasion and leaves.

Pardon me, but if aliens planned an invasion of Earth, traveling untold numbers of light years to get here, would one guy—even if it is the Phantom—discourage them? I think not. But for story purposes it worked for the Phantom, and it worked for Stan Lee .

Bill Lignante did the artwork. Lignante, who also worked for Hanna-Barbera, had begun work on the Phantom comic strip when artist Wilson McCoy died, and was picked to do the Phantom comic book when Gold Key began publishing in 1962. He had a nice run, through 28 issues beginning with Gold Key, then for King Features when they got into the comic book business for a couple of years.

Lignante also did courtroom drawings for ABC News, doing sketches for trials of Sirhan Sirhan, Charles Manson and Patty Hearst. The last Bill Lignante story I showed was for The Girl From U.N.C.L.E. comic book in Pappy's #1096. 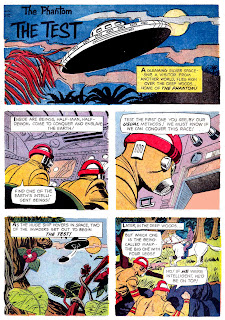 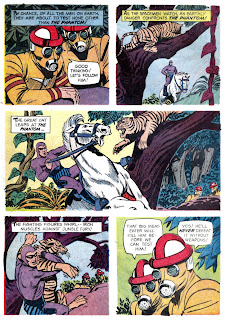 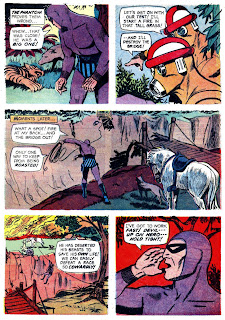 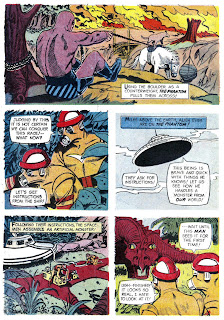 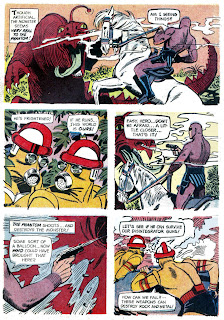 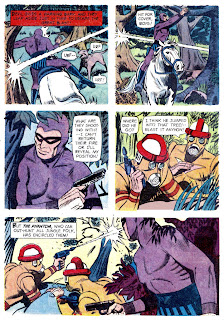 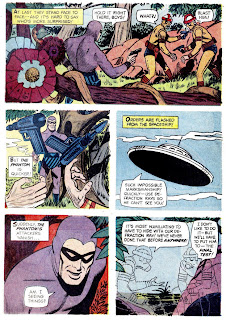 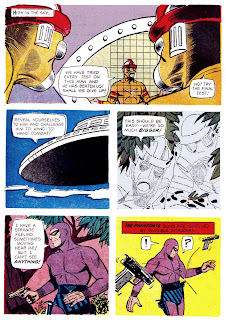 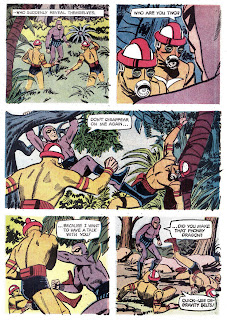 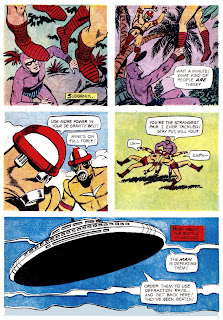 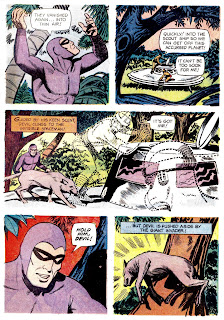 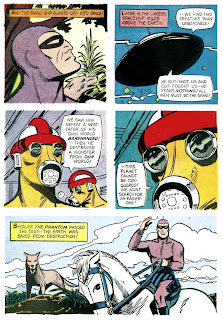 I agree with you it's silly to think aliens would call off an invasion based on one particular human encounter, but I've always enjoyed those type of stories, especially if the means of alien discouragement is particularly clever.

There's a 1940s science-fiction story by Anthosny Boucher--sorry, I can't remember the title--in which human-sized bug-like creatures from Mars or somewhere scout the Earth for a possible invasion. The one and only human they run into tell the aliens that he's deformed and not at all a typical of his species. He then shows the gullable Martians if a picture of a man swatting a fly, whom the aliens mistake as one of their own. Terrified, the space creatures leave earth for good. And to think, the clever Earthling manage to scare them off without the aid to Photoshop!

I wanna know how the Phantom made himself too heavy for the de-gravity belts to lift the three of them.

Kirk, I like Boucher, but I don't remember that story (it's been years since I read his work). If you remember the title let me know. It might be in one of my anthologies.

If any of you readers know the story please tell us.

I can tell you for sure it was in a collection titled "The Complete Werewolf and Other Stories". I just now looked it up online, and saw a list of titles that appeared in the book but with no accompanying descriptions. My best guess is that it's a story titled "Expedition". In fact, while I can't say for sure that's the title, just seeing the word "expedition" jogged my memory further. I now recall the entire story was made up of an exchange of letters between an alien scout on Earth and his superior on the Moon (not Mars, as I said earlier.) Much of the humor of the story revolved around the fact that even though the two aliens communicated to each other in 1940s American-style collequalisms (I think they even say something along the lines of "let's do lunch sometimes"), they didn't understand Earth too well. For instance, when the human first comes in contact with the strange visitor from the other world, he immediately utters the name "Orson Welles", much to the alien's confusion.

Odd that I can remember those type of details, but not the name of the story. Probably because the details were funny--at least to me--but the title kind of banal. It has to be "Expedition".

Kirk, I'm thought I had The Compleat Werewolf book by Boucher, and maybe I still do. I just can't find it in my two rooms full of books and comics. Maybe I need to hire librarian Mykal Banta to get my collections in order.