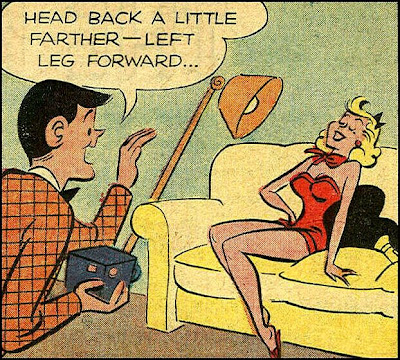 
Besides strips about little kids, Little Lulu and Nancy, in the early '60s John Stanley did some teenage books, including Around The Block with Dunc and Loo and Thirteen Going On Eighteen.

This is an example from Dunc and  Loo #2, Jan.-Mar. 1962. Stanley pokes some sly fun at teenage hormones with a story about Dunc's plot to take some sexy pictures of his girl, Beth, with a typically hilarious Stanley outcome. While the layouts and script are by Stanley, the Overstreet Comic Book Price Guide credits the art to Bill Williams.

As a teenager in 1962 I had a problem with Dunc and Loo. Even in that distant and long ago year teenagers didn't dress like Stanley's teenagers. They had a style more from the 1940s than the 1960s. Dunc has a bowtie, which would have had him laughed out of my high school, and the hat Loo is wearing is strictly, well, old hat! 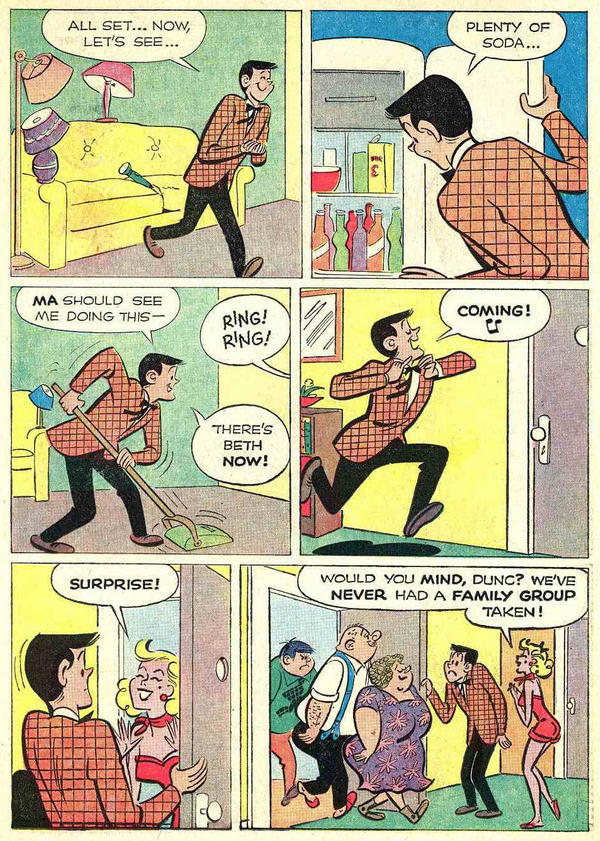 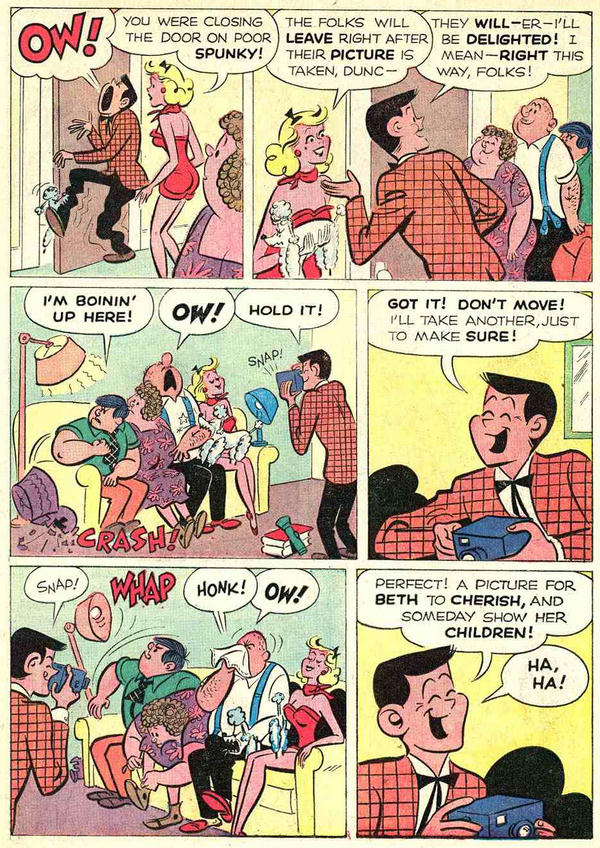 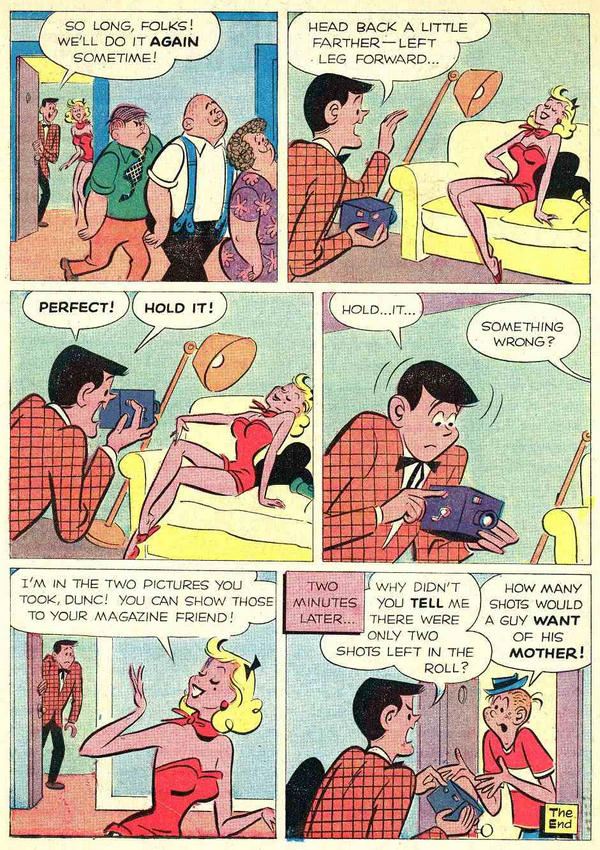 This one was alot of fun. Man, Dunc really has my kind of luck going for him.

I had a plot like this in mind at some point during my high school days, most likely inspired by this strip. All I ever needed to know I learned from comic books.

I used to buy this off the racks. The comic was hilarious > more please!

I found the Stanley Stories site on the web after posting this story. Check out the links on the right of your screen. There is a story from the last issue of Dunc and Loo.