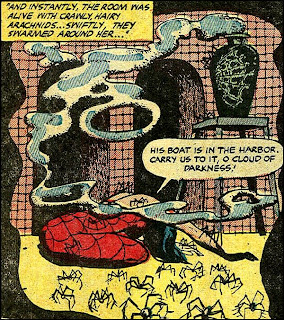 
Here's a little tale of arachnids and sorcery from the Fiction House comic book factory. "Werewolf Hunter" was an ongoing series, and this is a reprint published in Ghost Comics #3, from 1952 when that once robust company was breathing its last.

I get in trouble when I try to identify artists, but the Grand Comics Database has no information, so what if I say Lily Renée? The Comics Journal #279 has an article on Renée, with examples of her art from other episodes of Werewolf Hunter.

There are two Werewolf Hunter stories in this issue of Ghost. This one is credited to Armand Weygand, the other is bylined Armand Broussard. It looks like Fiction House couldn't even keep its pen-names straight. Unless--unlikely as it seems--two guys named Armand actually wrote the stories. 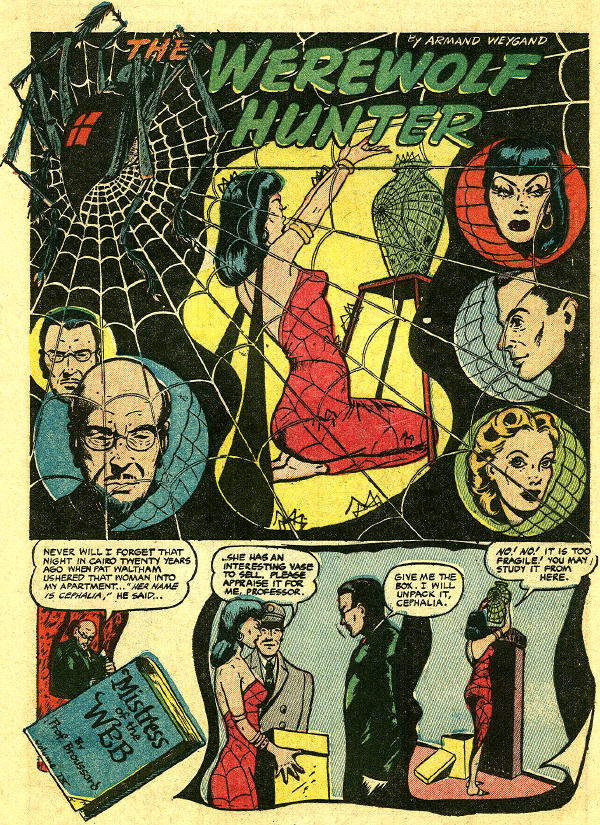 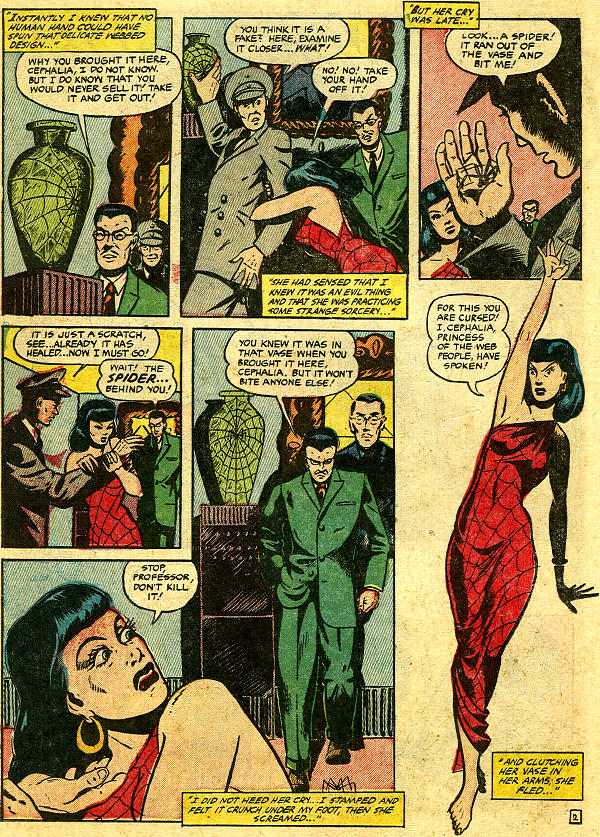 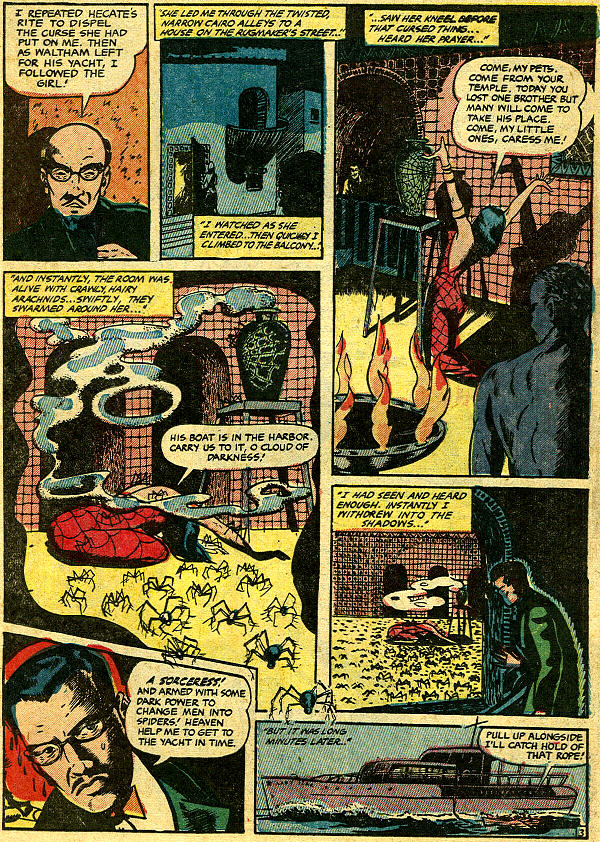 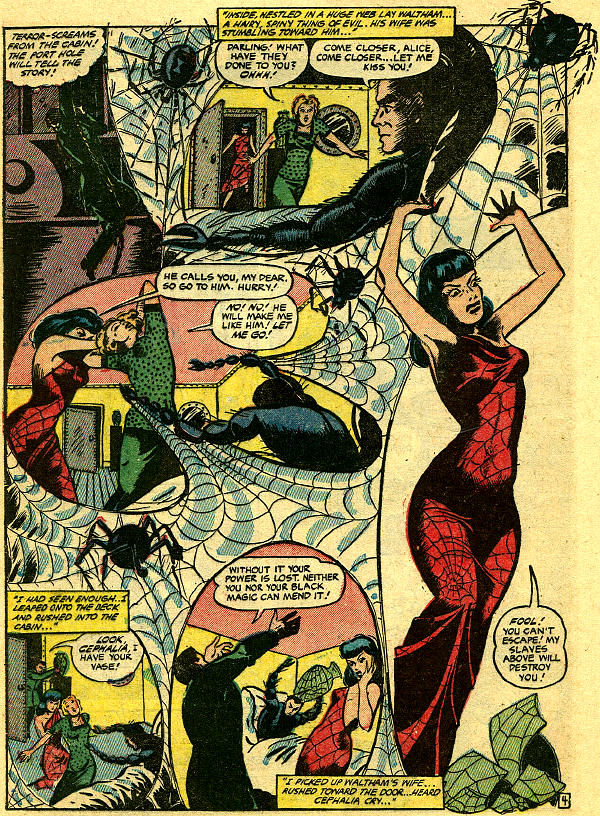 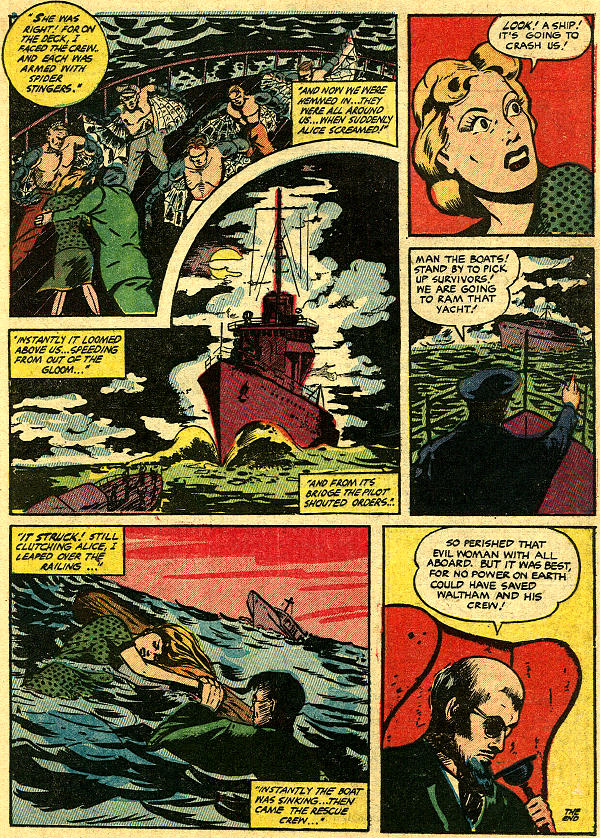 Another cool post Paps, never heard of this one. It probably could have benefited from another page or two to spread out the story a bit more but I really liked it and all the creepy little details.

Congratulations, Pappy! Frank Motler at the GCD has confirmed the art is by Lily Renee. It's signed in the original (in Ranger Comics #15).